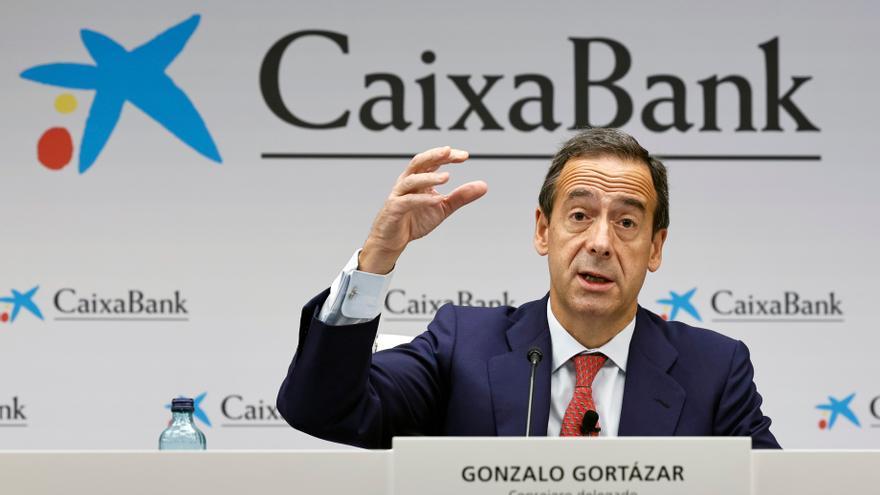 The quarantine, the closure of the economy and the stoppage of the activity of thousands of companies in Spain triggered a year and a half ago the fear of a contagion of this situation to a bank that dragged important problems from the past. The cut in income for millions of workers and SMEs would have triggered bad debts and loan defaults. The ERTEs and moratoriums caused the presumed impact to be delayed and now, when the final result is yet to be seen, the bankers are already showing their optimism and take for granted this threat warned by the supervisors and for which they had to prepare billions euros in provisions.

The end of the ERTE, waiting to know how this scheme will be in the future, and the lifting of the moratoriums are planned for next spring. The managers of the main entities of the country assume that there will be an increase in defaults then, but they no longer consider it as a problem for their stability and they allow optimistic messages about the evolution of delinquencies that were avoided for months. In any case, they target companies more than families, where mortgage defaults and income protection for many of them would have prevented defaults.

“We all have the expectation that this increase will take place, but we believe that it will be moderate,” said César González Bueno, CEO of Banco Sabadell on Monday. The executive, who took the reins of the bank in the spring after the departure of Jaime Guardiola, celebrated that companies with loans guaranteed by the ICO in the entity were not adhering to the extensions that are allowed by law, which makes the company think entity that will be able to assume the payments of the credits. “Growth [de la morosidad] it will be produced but it will not be striking or relevant, “he stressed.

A year ago this type of message did not occur in the sector, while the Bank of Spain pointed to late payment as one of the main problems for the financial sector entity. The main fear is that, once the grace period – initially one year – of ICO loans expires, it could cause companies that had not yet recovered their activity and their income due to the pandemic, could not assume the payments of these credits . That period was extended for another twelve months, so most companies would not have to start paying until spring 2022.

González Bueno’s optimism is no exception in large Spanish banks. These statements were made in a forum organized by KPMG and the economic newspaper Expansión, where he coincided with other executives from the financial sector. In line with the statements of the Sabadell executive, the CEO of CaixaBank, Gonzalo Gortázar, maintained a similar speech. “Our role is to fear for everything, but at this moment that phenomenon is not taking place [la morosidad]”said the chief executive of the largest bank in Spain.” We have record figures for losses and we have provisions for much worse scenarios, “he said, pointing out that only a” moderate “growth in non-performing loans is foreshadowed.” We expect good news, not bad, “he emphasized.

In the sector, it is recognized that the moratoriums that have been approved, some by law and others by the banking industry itself, have made it possible to delay the dreaded time of payment. This has helped many of them to recover their activity and to be able to face the payment of credits, according to the directors of the sector in their latest public interventions. The CEO of Bankinter, María Dolores Dancausa, pointed out in the same forum that “the moratoriums have fulfilled their function”.

“We are following him, but we are not worried,” said Dancausa, the CEO who has been in office for the longest time among the main banks in the country. “There are sectors that suffer more than others, but I am optimistic,” he added, ruling out that delinquencies will become a problem for the sector in the coming months.

The fact that delinquency does not materialize in Spain at the levels as high as it was ventured at the beginning has a very important derivative for the banking system. During the first months of the pandemic, the main groups in the country reserved more than 14,000 million euros in provisions, which have continued to increase although already in a more testimonial way. These provisions are money that the bank reserves in its capital and that it does not use, waiting to be able to cover with it the losses that the non-payment of credits may entail. It has been one of the great differences with respect to the previous crisis. The supervisors were more demanding and forced to increase these buffers even in the mere expectation of a default. If these provisions are released, the sector would find billions that could be turned into profit in the coming quarters.

The first Spanish bank that spoke of releasing provisions was Banco Santander, which in the last presentation of third quarter results, a month ago, advanced that they would begin to be released in some markets before the end of the year and in Spain, in 2022. “Provision levels will drop significantly in 2022”, underlined José Antonio Álvarez, CEO of the entity. Regarding this issue of releasing provisions, other managers are even more cautious. In another forum on the financial sector, Gortázar, from CaixaBank, was more cautious, ensuring that he sees “logical” that supervisors continue to ask for caution because “the risk is not over.”

The governor of the Bank of Spain, Pablo Hernández de Cos, appealed this Monday to the banks not to release these provisions because threats to the sector persist. In a previous forum organized by El Economista, the head of the supervisor has stressed that “there are still some vulnerabilities and risks to which we must continue to pay attention”.

Bad debts and defaults were the main problems faced by banks after the last financial crisis. Since then, the different entities have been making repeated operations to reduce the effects of those debts not repaid, especially in brick, which has resulted in an increase in the presence of investment funds in the Spanish real estate sector. The situation has steadily improved since then, with a continued reduction in doubtful assets – loans that accumulate several months of default. The statistics of the Bank of Spain itself show that the reduction has continued during the pandemic, without significant increases being appreciated beyond a specific one.

At the end of September, the supervisory body estimated the bank’s doubtful assets at 52,000 million euros, with a rate of 4.35%. Both are the lowest figures recorded since the 2008 crisis. In the last five years, despite the health crisis in between, the level has been reduced by half. Starting next spring, when the grace period for ICO loans expires, it will be verified whether the optimism that banks are beginning to show about the future of non-performing loans.

Tags: banking, delinquency, discard, it will be, no, pandemic, relevant, striking, trouble