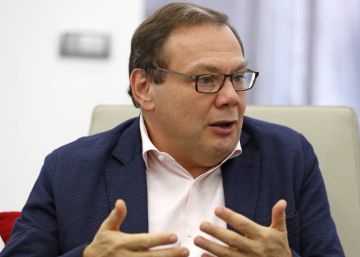 Letterone, the financial arm of Russian tycoon Mikhail Fridman, has everything ready to launch the $ 500 million capital increase it announced in the fall. The tycoon's firm will convert debt of that amount into shares and expand its power over the supermarket banner. The creditor banks urge that the supermarket chain now carry out the operation and that to speed it up, close the door to small shareholders, according to financial sources.

Two years ago Letterone launched its convulsive bid for Dia, at 0.67 euros per share. The supermarket chain was then facing a difficult situation. He has just discovered an accounting hole in the old dome, which had meant that the banks cut his working capital lines, he had entered into dissolution and had to negotiate dog-face with the owner banks of 900 million euros in debt to avoid the contest. Fridman acquired 69% of the company, reached a pact with the financing entities, launched a capital increase and saved the company.

Now, the investment arm of Fridman faces a new refinancing of the supermarket chain from a much calmer position. The business plan implemented begins to bear its first fruits, supported by the fact that the Covid-19 pandemic has shown that the food business is resistant like few others. Thus, it has agreed with the bank to refinance the 900 million debt of the brand in exchange for the Russian tycoon injecting 500 million into its balance: 200 million for the capitalization of the debt that Letterone himself had granted to Dia and 300 million for the bonds he had acquired on the market this summer.

The creditor banks consulted and other sources affirm that the operation is designed without giving space to small investors, but a spokeswoman for the supermarket chain assures that the decision has not yet been made. The main ones left in Dia are Santander, BBVA, Bankia and CaixaBank and also several hedge funds that bought the debt from firms like JP Morgan or Commerzbank.

The transaction is expected to close in April 2021 after approval by shareholders and bondholders. Dia must call an extraordinary shareholders' meeting to give the green light to the operation. At the last meeting, Dia was authorized to carry out an operation of this type for up to 20% without the need for preferential subscription rights. At that foreseeable meeting, you can raise that percentage - the maximum allowed by the Capital Companies Law to 50% - so as not to have to carry out an extension with pre-emptive subscription rights.

In any case, with a number of shares currently outstanding at 6,678 million, half would amount to 3,339 million shares. In order not to skip the rule of expanding by more than half of the share capital, Dia should carry out the metamorphosis operation at a price close to 0.15 euros per share, around 25% above the closing price of yesterday on the company's stock market: 0.1191 euros

At its last meeting, the board of directors was authorized to increase capital without preferential subscription rights by at most 20% of the share capital. And you can increase capital with rights up to half without the need for an extraordinary meeting. But the simplest solution is to call a shareholders meeting to clarify the terms of the operation.

Dia's share closed yesterday 82% below the price of the takeover bid. The capitalization of the supermarket chain stands at 795 million euros.

If the capitalization is carried out without rights for small investors and at a price of 0.15 euros per share, Letterone will go from having 74% of the capital to about 83%. The free float will be reduced from 21.9% to 17%. The other shareholder of reference, the French magnate Gregoire Bontoux Halley, who currently holds 3.39%, will also suffer a dilution. In any case, even if a monetary part were made at the last minute, the weight of minority parties would be reduced, except for surprise, since it is unlikely that they will come for all their capital, according to the extension of the end of 2019.