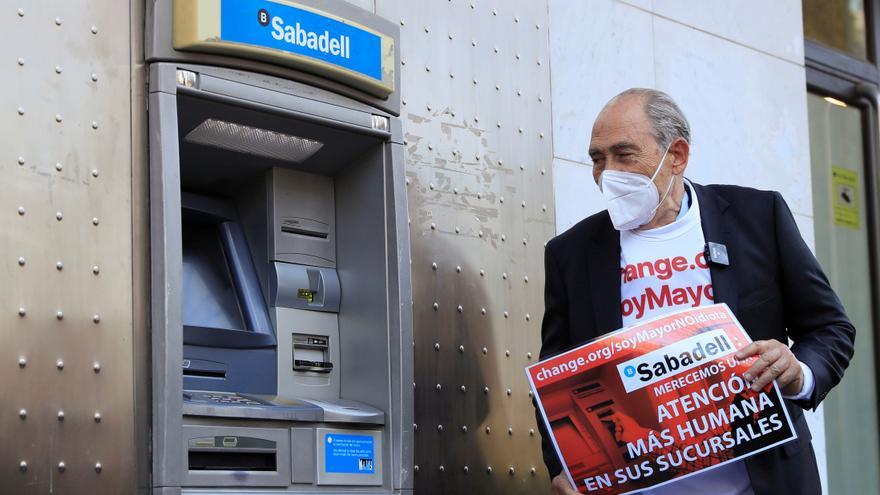 The banks propose to the Government a battery of measures to improve the attention to older customers and who go through a more personalized attention both in branches and by phone, in addition to making ATMs or mobile applications more accessible. According to the document prepared by the banking employers' associations AEB, CECA and Unacc to which Efe has had access, the entities undertake to adopt measures that offer special treatment in branches to the elderly, either with the adaptation or improvement of business hours. cashier service or preferential service for this group.

In addition, the entities propose that the elderly or people with disabilities receive preferential attention in the telephone service, either through a specific line or giving priority to the call, while offering to simplify the use of ATMs, websites and banking applications. The text to be sent to the Ministry of Economic Affairs proposes seeking "adaptability, accessibility and simplicity" of the different digital banking channels based on their use, making versions available to customers with simplified language and view or, for example, with the most frequent operations menu.

In terms of training, the entities themselves will propose to the department headed by Nadia Calviño, who called on them weeks ago to take measures to improve the care of older customers, promote training on financial and digital inclusion, as well as fraud prevention for this group. Of customers. For this, they are committed to carrying out different workshops, seminars or similar tools, which facilitate the accessibility of the channels to the elderly or disabled.

Likewise, the bank is open to communicating to the elderly the measures they adopt in order to make them aware of the improvements made available to them and these communications will be made taking into account the communication channel preferred by each client. On the other hand, the sector wants to promote the creation of departments or units that monitor the needs of the elderly or people with disabilities, so that these teams can propose measures that facilitate access to financial services.

Both the AEB and CECA undertake in the text to promote among their associates, including all large Spanish banks, the development of policies specific to each entity that promote financial inclusion and that can gradually incorporate the measures to be applied according to their commercial strategy .

A campaign to collect signatures, headed by the retired doctor Carlos San Juan, has put on the table in recent weeks the concern about the complication of the elderly in accessing banking services. The closure of offices and the promotion of digital tools leave behind those who have less capacity with new technologies. Vice President Nadia Calviño met with these employers a few weeks ago and gave them a month to present new measures. This very week, after meeting San Juan, the minister asked that these measures be "effective" and "no makeup".

Although the great executives of the sector have avoided being self-critical about this situation and have emphasized that digitization is demanded by customers, the president of the AEB, José María Roldán, acknowledged this Wednesday that the collection of signatures has highlighted a problem that was not considered in the sector. Although he clarified that the problem of digital exclusion "It is not exclusive to banking or more serious".