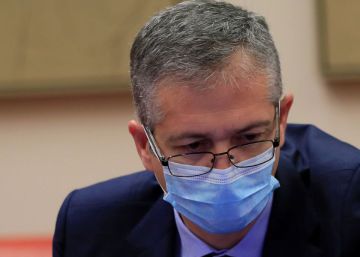 The Ministry of Economy took the first step last July by regulating revolving credit. This is usually granted through credit cards. And the Bank of Spain has got down to work so that all entities can comply. They must inform you of customers who have credits from 1,000 euros, compared to 9,000 euros today. It also includes as official rates for loans the one-week, one-month, three-month and six-month Euribor, instead of just the 12-month one, and the benchmark overnight interest rate calculated by the ECB, the ester ( officially, € STR).

On January 2, 2021, loans of indefinite duration (revolving, in the jargon), of high risk as they induce to enter a continuous debt spiral, will be under the magnifying glass of the entities and the Bank of Spain. This product usually charges an interest rate of around 20% per year, after the ruling of the Supreme Court of March 4, which considered a 27% credit of this type “usurious”.

The entities must, before granting the loan, evaluate the client’s ability to repay it. To do so, they should review their employment and income situation, so that, in addition to requesting all the information from the potential borrower, they will have to check their credit history in the Central Bank of Risk Information of the Bank of Spain. And this is where the draft circular that the body led by Pablo Hernández de Cos has submitted for public consultation until November 19 comes into play.. It is designed to control revolving cards, but the new obligations affect all types of credits.

The draft of the rule reduces the amount of credit accumulated by a holder in an entity from 9,000 to 1,000 euros, which will be included in the information that the Bank of Spain will receive and that it will return to the banks so that they can adequately assess the risks.

It also includes the obligation to inform the supervisor by the payment entities –with authorization to perform services such as transfers, direct debits and payments made with cards–, including those without an establishment in Spain, provided that they grant credits. There are 47 entities of this type in the supervisor’s records. Among others, American Express, Fintonic, Money Exchange, Money Express or Mundial Money Transfer.

Likewise, electronic money entities, such as Bnext, are also under the new information requirement. There are nine registered firms included in this classification in the Bank of Spain.

The circular not only modifies what and who declares, but when. Now, the term is set at 30 days, but once it comes into effect, at the beginning of the year, it will be reduced to 21 days.

Another relevant change is related to official interest rates. The references of the Euribor to one week, one month, three months and six months, in addition to the annual one, will be valid, as well as the one-day interest rate, the ester, intended to replace the eonia once and for all by the end of 2021.

In the initial draft of the ministerial order to regulate revolving credits, it was established that the client could not sign a loan that would increase their total financial debt – in which they compute all credits signed in any form, be it a mortgage, a loan for buy the car or the revolving loan itself – above 40% of your annual net income. But this percentage has been removed from the final rule.

Banks will report quarterly, and in detail, on revolving credit. They will present to the customer the savings that would represent increasing the amount of the fee above the one established at that time. In addition, they must send you the amount of the monthly payment that would allow you to pay off the debt within one year.