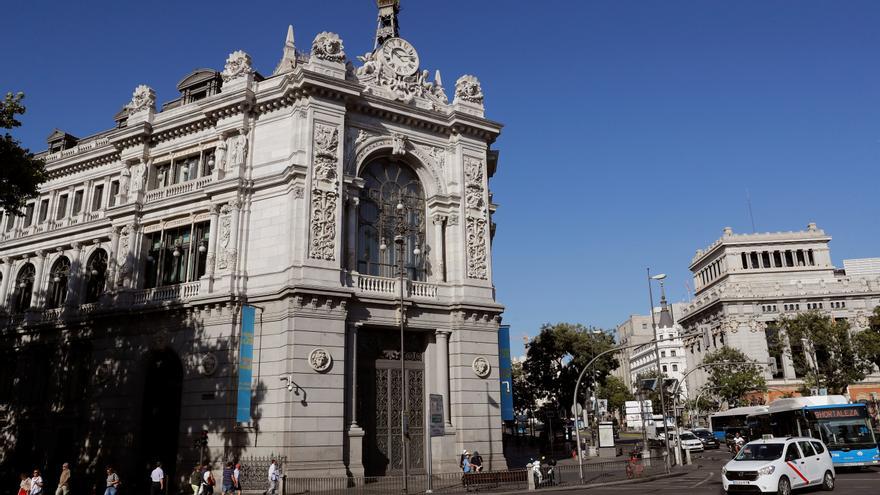 The Bank of Spain has updated this Friday its forecasts for the growth of the economy this year and the next three. The document presented by the agency includes a growth forecast for next year that has a wide range between 4.2% and 8.6%, depending on the progress in vaccination and the appearance or not of new outbreaks that would complicate and they would delay the reactivation of the economy. In the previous projection a growth of between 4.1% and 7.3% was expected.

However, both projections cannot be completely compared, since there were two scenarios in the September report and in this the Bank of Spain includes three possible hypotheses. Óscar Arce, general director of statistics and economics of the organization, has justified this difference in complexity and the “uncertainty” of making economic projections in the face of changes in the evolution of the pandemic. Despite this complicated comparison, the document presented this Friday points out that “in any case, the most recent scenarios suppose, as a whole, a certain improvement in the prospects for the evolution of the product of the Spanish economy in the medium term.”

In the central scenario, the Bank of Spain forecasts that GDP will rise by 6.8% in 2021, 4.2% in 2022 and 1.7% in 2023. In this case, the Bank of Spain assumes that produce new outbreaks of the disease similar to the last seen in the country, which would require maintaining restrictive measures such as those seen in recent weeks. The vaccines would help to lift most of the measures that limit economic activity in early 2022.

With regard to the end of this year, as was already projected, the fall in GDP will be historic, between 10.7% and 11.6%, with 11.1% being the fall in the baseline scenario. The Bank of Spain notes that the fourth quarter of the year has been substantially worse for the economy in the entire euro zone and also in Spain compared to what was presumed in September. However, as a positive note for the Spanish evolution, the Bank of Spain points out that “the deterioration in the second wave in Spain will be less than in the euro zone”. “It affected us earlier than in other countries and here containment measures are already being withdrawn,” Arce said in the presentation of the report.

In this sense, the Bank of Spain points out that the economic impact of the second wave is not comparable to that of the situation in spring. “The economic influence is being much more moderate,” emphasized Arce, who highlights that in recent weeks “mixed” indicators are being seen, some that point to a worsening and many others that are already advancing a recovery.

The new projections of the Bank of Spain, compared to September, take into account the advances in the development of the vaccine and the impact of European funds. In addition, they arrive after the approval in Congress of the General State Budgets. In this sense, the organism sends a warning to the Government on the execution of the investments and the expenses foreseen in the budget law linked to European funds. “We foresee a lower degree of absorption than that managed by the Government. The speed to spend those 26,000 million is not as high as it has proposed for the year 2021. It is reasonable for current spending but not for investments,” said Arce. “By the end of the horizon – until 2023 – the Government proposes a 100% absorption of these funds, we propose something above 80%,” he said. The agency is also more cautious regarding the multiples that these funds will grant to economic activity.

Uncertainty marks the outcome of projections

In any case, the Bank of Spain emphasizes that economic projections are highly affected by “uncertainty”. On the one hand, it is unknown what the vaccination rate will eventually be in Spain, which would allow to accelerate the economic opening. On the other hand, it remains to be seen how European funds are absorbed and used, which could lead to growth in the economy of the recipient countries. To this he adds two factors that are not linked to the pandemic: the definitive closure of Brexit in the United Kingdom and what will be the economic policy of the US administration under the Government of Joe Biden.

The Bank of Spain makes a projection of the evolution of the debt, after the large injections of public money caused by the pandemic. According to the base scenario, Spain will have a level of indebtedness of the Public Administrations of 116.7% in 2020, which would rise to 117% in 2021 and would remain, at the end of the period in 2023, around 118%. However, in the event of the adverse scenario, the debt could skyrocket up to 128%.

Regarding employment, the Bank of Spain points out that in the coming quarters, as there is a rebound in economic activity, it will allow itself to resume the path of improvement that had been lost in recent months due to the increase in workers in ERTE. This upward trend in employment will be “especially intense” in the second half of next year and, from there, will moderate, in line with the evolution of GDP forecast by the agency. At the end of 2023, however, the unemployment rate would still slightly exceed 14% under the central scenario, a level somewhat higher than that prior to the pandemic, and would be some three points higher in the severe scenario.

The Bank of Spain warns that the crisis will leave “persistent effects” on economic activity, even after the definitive elimination of the limitations that have been applied due to the pandemic. For this reason, they advance that “there will be jobs that will not overcome the crisis and that will lead to a certain increase in long-term unemployment.”