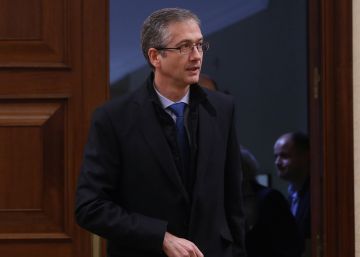 The aging of the workforce is a fact. And given the problems that can be generated among workers over 50 and with little training, the Bank of Spain recommends that flexible formulas be sought that allow them to remain in the labor market. He suggests that they can be reassigned tasks, adjust schedules and salaries and even apply retirement schemes that take this reality into account. That is, for example, these reductions are compatible with partial retirement. In full debate on labor reform, the supervisor puts the focus on this urgency of the Spanish labor market and sets it as a priority axis.

In a report published on Thursday, the Bank of Spain warns about the loss of skills and abilities that workers suffer as they age. And that this problem can especially affect Spain compared to the rest of Europe. Especially for two reasons: one, there is a higher proportion of workers over 50 in jobs that require significant physical activity, such as hospitality, commerce or domestic service. Also in small companies, which always have a harder time reassigning tasks to these employees. All this is closely related to the structure of the productive fabric. We should favor that companies gain size, he says.

And two: those over 50 with less training leave the labor market more in Spain than in the rest of Europe. The challenge takes on greater dimension if one considers that in Spain the baby boom it includes those born between 1957 and 1979. That is, It has entered fully at that age just when you look for work careers to expand to reduce pressure on the pension system.

This aging “entails a decrease in terms of productivity and creates difficulties to perform certain jobs,” says the Bank of Spain. To face such a challenge, the supervisor asks, among other things, to incorporate “internal flexibility schemes in the company that favor adjustments in working conditions for certain larger groups (for example, wages, hours, working hours)”. Everything forthey can continue in employment.

It also suggests that there are “changes in retirement schemes to incorporate certain specificities related to the skills required in different sectors and occupations.” Given that the bank’s intention is to prolong working life, it probably refers to a part-time retirement that is compatible with those hours and salary reductions. Or that the incentives to extend working life take into account the different working conditions and are not the same for a worker as for a university professor.

The document uses the OECD databases to compare by age and show that there is a loss of capacity over the years. You lose physical ability, reading comprehension, numerical and new technologies. The intelligence that has to do with attention, speed of processing, memory or spatial ability suffers. On the other hand, deterioration is slower in everything that is learned. And yet, over the years they also win in other competitions: in general they have more capacity to supervise, organize and react to setbacks. Hence, the Bank of Spain recommends that reorganization be used by putting them in such tasks. In fact, it already happens that companies tend to reorient their employees towards those skills.

The drawback is that in Spain there are fewer companies with the size to be able to do that. The document highlights that there are fewer workers in sectors such as industry, where it is easier to reorganize the workforce and relocate them to activities that are more suited to their characteristics.

That said, the loss of skills can be delayed with activity or continuous training. At least one third of those over 50 get their skills do not deteriorate until very advanced ages, says the study. This is helped by the absence of disease, an active life and physical and cognitive work.

Another disadvantage is that Spanish workers receive less continuous training in employment than their European peers. Although this is not completely definitive when it comes to solving the problem that lies ahead, since, as the bank explains, it is more important to train them when they are younger and have more capacity to absorb knowledge.