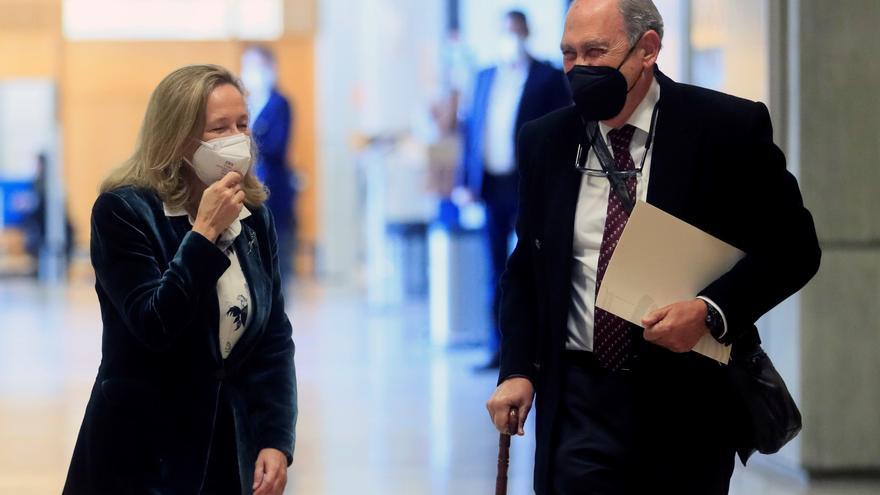 The Ministry of Economic Affairs, the Bank of Spain and the three bank employer associations (AEB, CECA and Unacc) have signed this Monday the new protocol for care of the elderly and people with disabilities, in order to address the problem of financial exclusion. The Ministry had given employers a month to address this problem, after a campaign to collect signatures led by a retired doctor and backed by various consumer and elderly organizations.

Finally, the agreement has included a dozen commitments by the banks. It is a generic decalogue, supported by the three employers' associations and which includes some actions in terms of extending hours, financial education, preferential attention or simplification of attention channels. These are the ten aspects to which the banking sector is committed:

In a joint statement, the three sectoral organizations indicate that they undertake that their associates "carry out the diagnosis and adopt as soon as possible and, at the latest, within six months, the measures contained in the decalogue". These ten aspects will be applied "adjusted to their business model" and in order to "ensure" "personalized, satisfactory and without undue delay" care for people over 65 and people with disabilities.

"The protocol is the response of the entities to the call of the vice president to implement measures that respond to the demands of the associations of the elderly and guarantee that citizens receive personal, humane and quality treatment in their relations with banks. and boxes," the Ministry of Economic Affairs said in a statement.

The First Vice President and Minister of Economic Affairs and Digital Transformation, Nadia Calviño, announced this Monday that in March she plans to publish the text of the draft bill creating the Financial Client Protection Authority, a measure included in the 2022 Annual Regulatory Plan .

During the signing of the Banking Protocol for the financial inclusion of the elderly, in which the main banking associations in Spain were present, as well as the Governor of the Bank of Spain, Pablo Hernández de Cos, Calviño pointed out that this new authority will be " a very useful mechanism to ensure that financial entities comply with their obligations of conduct towards their clients".

The creation of an authority for the protection of financial clients is an initiative that was already proposed by the previous Government of the Popular Party and that the President of the Executive, Pedro Sánchez, picked up in 2018.

The intention was for the project to go ahead in 2019, but these plans were delayed by the calling of general elections that year and later by the outbreak of the pandemic, which led the Ministry of Economic Affairs to focus on response measures to the crisis. .

The consumer association Asufin positively valued the rest of the announced measures, "but from now on, we have to be vigilant so that they are implemented properly." “We would like that, in addition to a supervisory body by those who are obliged, it would have a broader character and allow the participation of the regulators, in addition to the financial consumers themselves, who are the ones who have to supervise the degree compliance with commitments," he said.