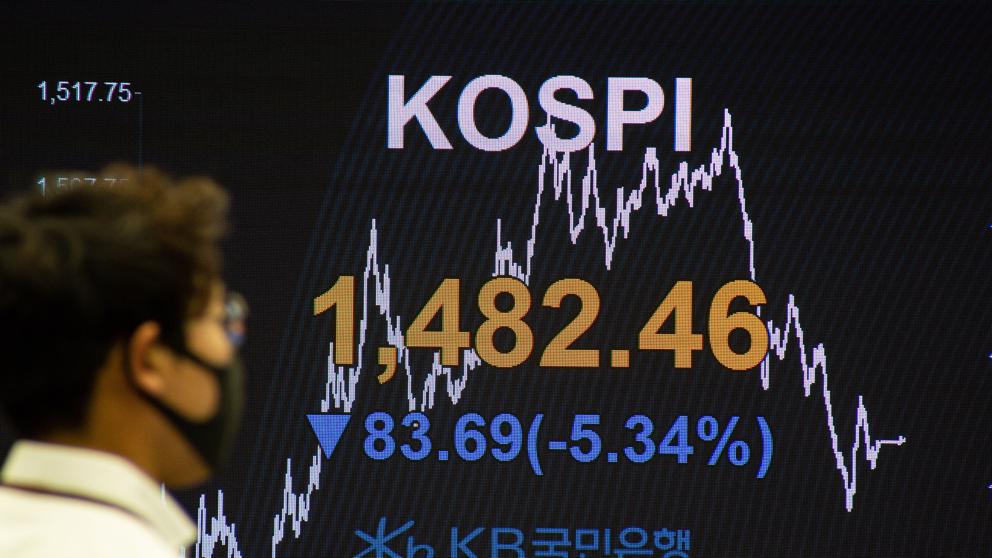 The IBEX 35 The session with which the week opens has started as it did in the previous ones: with a sharp drop that in the first minutes stood at 5%. Since last Friday many things have happened and none of them is anything like a solution to the problem of absolute mistrust in the future of the economy and the evolution of listed companies. Thus, as has happened in the Asian and ocean markets – those in Australia, China and Korea, for example, have lost between 5% and 6% – sales prevail in the markets.

This morning, Naturgy leads the general setback with a drop that has reached 11% when only 15 minutes had passed since the opening. Between the most punished are Bankia, with 8%, Colonial real estate (7%) and companies as diverse as Enagas, Ferrovial, IAG – the holding company of British Airways, Iberia and Vueling -, Mapfre and Meliá Hotels, with falls of more than 5% in all cases.

At the same time as the Ibex begins its new approach towards the minimum levels of 2012, around 6,000 points, the stampede continues in an increasingly confined and stagnant Europe. The weekend has accelerated the adoption of measures to fight against
coronavirus pandemic
and the markets accuse him. The London Stock Exchange leads the falls with almost 5%, closely followed by the Frankfurt Stock Exchange and the Eurostoxx. Paris loses just over 4%, like Milan.

So far, neither the huge amount of stimuli put on the table by states, central banks and institutions that ensure global economic stability have managed to make the economic emergency give a truce to the markets. Investors believe that it is not enough to have money, a lot of money, to pay debts or simply survive, but the important thing is that the recession is going to be deep and that the demand for companies’ goods and services, as well as their income statements, it will take a long time to recover.