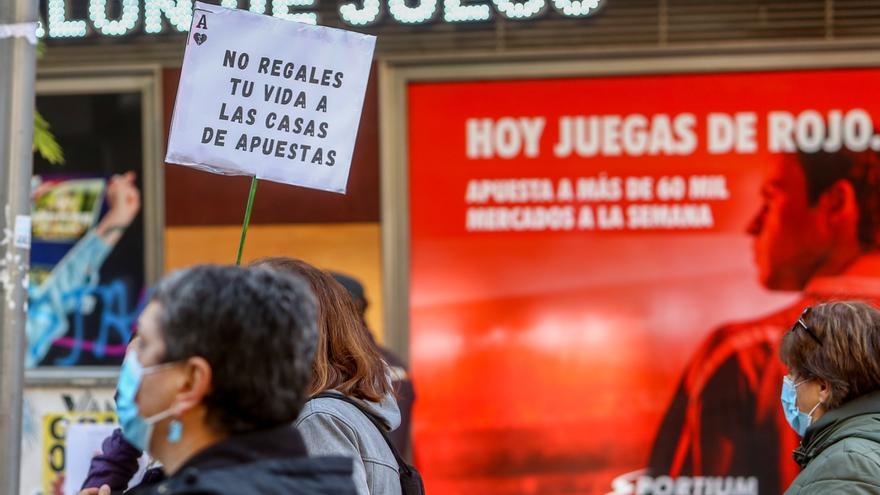 The Balearic Government announced this Wednesday the definitive revocation of the last two licenses in force on the islands for two betting houses and the modification of the Balearic Gaming Law to prevent, de facto, "the granting of new gaming licenses during the next decades”.

Gambling, the addiction that extends to adolescence: "I started playing online poker when I was 14 years old and at 16 with roulette"

Vice President Juan Pedro Yllanes has stated that the automatic moratorium on new licenses will apply until the current number of gaming and betting rooms is reduced by almost half. There are currently 140 and the new Gambling Law 8/2014 will set a maximum of 75 gambling halls for every million inhabitants.

For Yllanes, we must “prevent the Community from becoming a low-cost Las Vegas. We could not continue doubling the Spanish average of theaters per inhabitant”. The Minister has also stressed that it is a matter of "public health, a social issue and a matter of neighborhood coexistence, and not a strictly business issue."

The reform of the Balearic Law of the game will be approved in the Consell de Govern in about three or four weeks, according to sources of the autonomous Executive. The entry into force will depend on the corresponding parliamentary procedure.

Regulation in other communities

Other communities have also recently put an end to bookmakers or are in the process of modifying their regional regulations.

One of them is Euskadi, who has limited the number of gaming venues, has put a minimum distance of half a kilometer between them and 150 with respect to schools. The Basque Country wants to go from the current 209 gaming halls to 170. The granting of new licenses has been suspended since January 2020 and the measure was adopted precisely while waiting for the regulatory reform that has now taken shape.

in Navarre Parliament has approved the consideration of a bill to modify the provincial law of gambling and make it more restrictive. It was presented by the two main parties that make up the Government (PSN and Geroa Bai).

After this approval, the parliamentary process begins and there is still no date for its approval, but given that in principle it has the support of all the Government partners, in addition to EH Bildu, although Navarra Suma was opposed, it is expected that it will be approved. .

in Cantabria In February, a Gambling Law project was approved to guarantee better organization and planning of the sector, more control of the activity and greater protection of the most vulnerable groups (minors and people with gambling disorders).

The Cantabrian government wants to establish limits in relation to the maximum number of authorizations and gaming establishments, as well as to establish a system of minimum distances between establishments and with respect to educational centers and mental health units.

Similar measures are in force in the Valencian Community, where game rooms must be isolated from other similar establishments and 850 meters away from educational centers. In The Rioja, last month the regional Parliament approved a gambling law that will prohibit, among other measures, the installation of sports betting machines in bars. It will also set limits on advertising.

For its part, the Community of Madrid announced last October that it extended to six more months the November 2019 decree suspending the possibility of granting more licenses in the region for new gaming venues and betting houses.