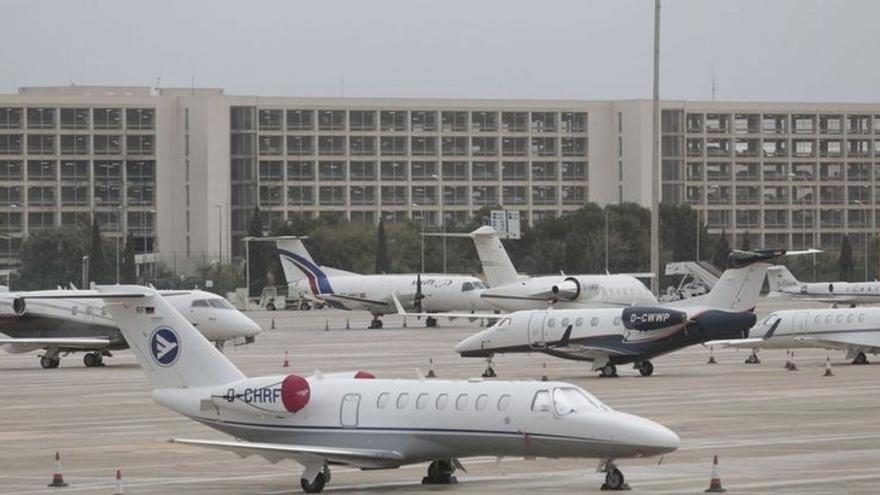 Private aviation continues to reign in the three airports of the archipelagowith 32,566 flights last year, which means that every day 89 jets private land or take off in the Balearic Islands. It grows in giant steps with its back to the pandemic. Or precisely because of it: travel aboard exclusive aircraft multiply while regular traffic continues in fits and starts your recovery.

Only in Son Sant Joan the number of operations on exclusive aircraft has doubledwith more than 16,000 in all 2021compared to just over 8,000 landings and takeoffs in the first year of the pandemic, 2020.

Such a level of business aviation movements means that average at Mallorca airport there are 45 departures or arrivals of jets per day. Since the health crisis began and with it the restrictions on mobility and a drastic drop in air connections that are gradually recovering, Son Sant Joan has overtaken Ibiza airport, which in 2019 led the traffic in private aviation in the Balearic community.

According to data provided by Aena (only related to the number of executive aviation operations, without adding passenger traffic), in 2021 the Mallorca airport has added 16,371 movements of jets. In 2020, 8,395 landings and takeoffs were reached on the island, in that first year marked by the start of the covid crisis, which left the airports closed and empty, especially from mid-March to May.

A year before, in 2019, without pandemic, private aviation activity accounted for 10,532 movements in Son Sant Joan. That is to say, per day 29 departures or arrivals were recorded aboard these planes on the island.

Too Ibiza has experienced an unprecedented boom in exclusive jet traffic.

Last year, the airport manager reported 14,281 movements at the Ibiza airport, that is, every day of 2021 there were 39 departures or arrivals of passengers on board private planes. These data mean that, as in Mallorca, operations have doubled compared to 2020, when 7,494 were reached at this aerodrome.

Before the pandemic, Pitiüsa Mayor was the one that concentrated the largest number of private flights in the entire archipelago, ahead of Mallorca, in 2019 it added 11,284 movements.

Mahón airport is also no stranger to the increase in business aviation traffic. Although operations did not reach two thousand last year —Aena registered 1,914 takeoffs and landings, at a rate of 5 each day— in Menorca the weight of exclusive aircraft is increasing. Before the crisis, in 2019, private jet movements amounted to 1,156.

Private flights are held throughout the year on the islands. From Easter to October in Son Sant Joan its traffic does not fall below a thousand operations. However, it is in the high season when the big boom occurs: Last July there were 2,568 movements at the Mallorca airport, 85 on average per day. And in the one of Ibiza I know reached the record in the archipelago: 3,103 operations, more than a hundred each day in July.

The safety of traveling on board an exclusive plane, without stopovers, or crowds either in the terminal or inside the aircraft, has been key from the health point of view for the increase in traffic in the executive terminals. Reason also that has influenced the recovery of private aviation, far exceeding the parameters that governed before the health crisis in the archipelago.

By contrast, the traffic regular has not yet reached the figures for 2019 in any of the three airports, Mahón has already reached 83% of operations and 66.5% of passengers in the pre-pandemic year, Ibiza has 82% of movements and 59, 5% of travellers, while Mallorca has still only recovered 65% of landings and takeoffs and 49% of passengers, 14.5 million travellers.