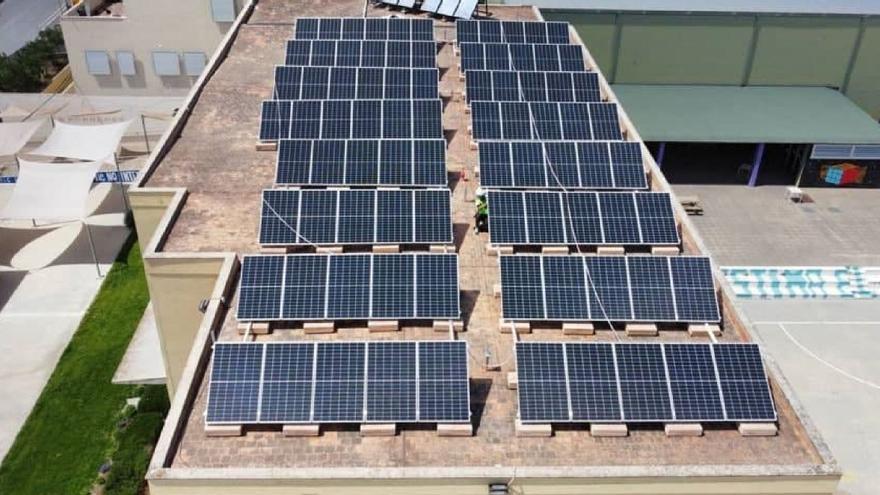 A pioneer in the regulation of measures against climate change, the Balearic Islands are walking steadily in the transition to clean energy without losing sight of 2050 as the deadline to banish fossil fuels. And, in the midst of the controversy over the successive records in the price of electricity and the state debate about the creation of a public company that will lower costs, the islands want to mark the path of public energy commercialization for the rest of the autonomous administrations.

There is already a date set for this: at the end of this year, the Balearic archipelago will sell the first renewable kW at cost. It is a measure with which the Balearic Government -through the Ministry of Energy Transition, in the hands of Podemos- intends to take the first steps in reducing the price of electricity and the distribution of energy under social and economic criteria to gradually converting it into a new niche of job opportunities and even an economic engine for the Autonomous Community.

The main key to this project is found in the Balearic Islands Climate Change and Energy Transition Law, approved in February 2019. Among the objectives of this precursor regulation is the promotion of shared self-consumption facilities that will supply the population - especially to families in vulnerable situations-, to the administration and to companies within a radius of 500 meters.

For this, certain areas with public buildings will be chosen in which, in accordance with the City Councils, enough photovoltaic panels will be installed to generate the energy that said building requires for its operation and, in addition, generate a surplus that will feed the needs of about fifty neighboring families, without paying any toll and in accordance with criteria of economic solvency and energy sovereignty. The fundamental aim of the measure is thus to alleviate the effects of energy poverty without prejudice to the fact that users with greater purchasing power also decide to bet on self-consumption.

"Those who join the project will evidently see the electricity bill reduced," says, in statements to elDiario.es, the general director of Energy and Climate Change, Pep Malagrava, who explains that by the end of 2021 six installations of Self-consumption photovoltaic energy with a power of 500 kW: four in Mallorca -in the municipalities of Santa Eugènia, Ses Salines, Deià and Consell-, one in Menorca -Ciutadella- and another in Ibiza -Sant Antoni de Portmany-. The intention is that next year these photovoltaic cores will be expanded to about thirty.

It remains to be seen how accepted this initiative is among the population. A similar body created by the Barcelona City Council has managed to lower prices, has launched special rates for companies and has invested in advertising, but has only achieved more than 2,500 clients and is not approaching the horizon of 20,000 clients after its second year in operation.

The six self-consumption planned this year will entail an investment of 750,000 euros, of which a return of about 56,000 euros is contemplated in 2022. The initiative is expected to provide a savings of 70% on the bill in peak hours, that is, in those of the sun. To do this, the general manager urges us to progressively change habits and make the most of sunlight, programming for this the electrical appliances so that they start up at the moment in which there is production and, therefore, the kW come out cheaper.

The commercialization of energy will be carried out through the Balearic Energy Institute (IBE), a company dependent on the Government, which Malagrava trusts will become a benchmark not only for the launch of a similar project both at the state level as autonomous. "It is a good mirror in which to look beyond the ups and downs of the market," he says.

The Department led by the vice president of the Government Juan Pedro Yllanes estimates that the self-consumption facilities will be amortized in about five years for later, with the profit margin obtained (in terms of reinvestment, Malagrava apostille, since the IBE "does not quote or have shareholders ") to re-allocate it to finance more self-consumption facilities, which will mean that this public entity does not depend exclusively on the budgetary contribution of the Autonomous Community.

The Director General of Energy emphasizes that this is a first step for the IBE, which over time "will undertake more powerful actions because it will have more income and because I hope that for all future regional governments energy policy will continue to be central and will continue to promote generation of public energy to reach more and more people ".

And then he asks himself: "Why do we have to depend on price increases and decreases if we can ensure a supply to citizens who may need it?" Malagrava points out that, apart from the project, power companies will continue to exploit their market share. In fact, he clarifies that private marketers "will not feel threatened" because the aim of the new project is not to compete with that quota, but to ensure "that whoever does not have can have it. That is the redistribution of wealth."

In addition, the general director removes any type of questioning about this company: "The PP has constantly criticized its creation and has even called it a chiringuito, but it is evident that it is not. It is not a key element. only in the energy transition of the Balearic Islands but also in equal rights in the Autonomous Community ".

Malagrava believes that the opposition "will be out of the game" when the project is underway: "I have no intention of anyone recognizing an error, but what I would like is for them to join in and have political unanimity. It is a matter that it makes no sense to confront. The opposition will have to support good decisions, rejoice and wait for this to continue to grow. Renewable energy is not only going to be the energy of the future, but also the cheapest. "

As highlighted by Minister Yllanes, "we are in the midst of a climate emergency, changes are accelerating and we have less and less time to mitigate the effects of climate change." For this reason, he considers that the energy transition "is capital" and European funds "represent a window of opportunity, a lever to accelerate and achieve the objectives set ahead of time". "The next few years are momentous to reach a turning point and limit this global warming. If not, the effects in the Balearic Islands will be very serious," he warns.

The installation of self-consumption thus joins the initiatives that, in recent years, the archipelago has made a reality with the aim of boosting renewable energies on the islands - where more than half of consumption is accounted for by the transport sector, for in front of the residential and services sector- and to increase energy sovereignty in order to become a tourist reference from an ecological and environmental point of view and to favor the revitalization of the economic sector and the generation of new business opportunities.

The regional Executive has also announced other measures that, with the boost of the European funds provided for in the islands, will be aimed at saving and energy efficiency with a view to reducing the energy consumption of individuals, companies and administrations as well as the industrial and agricultural sectors, carry out investments to improve the thermal development of buildings and help the efficiency of machinery in production processes and in the implementation of energy management.

The Government's roadmap also focuses on promoting electric mobility with the implementation of public access charging points and the replacement of combustion vehicles with electric vehicles. The vast majority of the resources allocated to this come from the Balearic Executive's Recovery, Transformation and Resilience Plan, which foresees investments until 2026 and which also includes the possibility of extending credit if the resources are exhausted. Last September, the Minister for Ecological Transition, Teresa Ribera, announced the investment of more than 230 million euros in the archipelago to promote renewable energy projects.