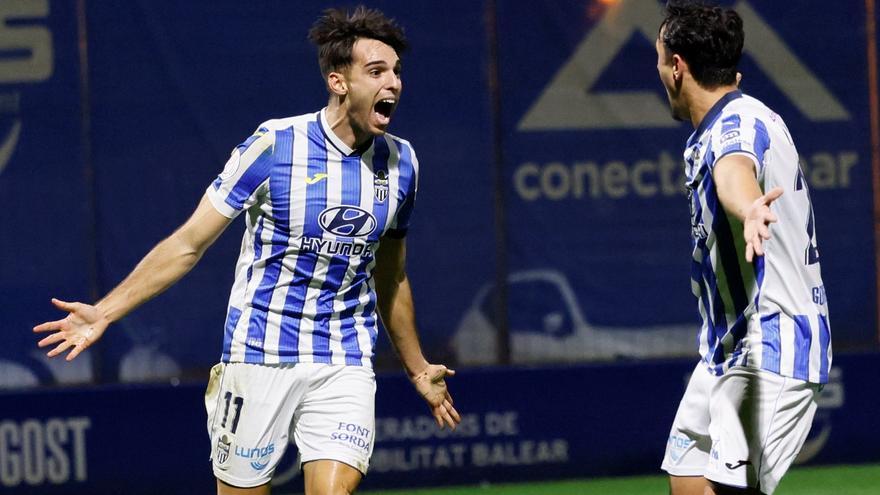 The Athletic Balearic Islands, from Primera RFEF, has qualified for the first time in its history for the knockout stages of the Copa del Rey by defeating Celta de Vigo 2-1, second First Division team to fall in Palma after Getafe, who ended up beaten 5-0.

The blue and white, become the 'giant killer of the Cup, continue to dream by prevailing with a double from Catalan striker Manel Martínez, turned into the hero of the night.

The Celts, who scored through Brais Méndez, maintain their adverse streak in the Balearic Islands since last season, also on January 5 and the eve of Kings, they fell (5-2) in the Copa del Rey against Ibiza.

The Vigo team, notified of the 5-0 that Getafe had fitted into this same pitch, He tried to take precautions not to be surprised from the beginning and to give wings to an opponent who feels very comfortable at home with the incessant support of his fans.

But a serious defensive error condemned him to play from minute 16 with the scoreboard against. The goal of the Balearic Islands was the work of Martínez, who came by surprise and free of markings to connect an unstoppable front for goalkeeper Matías Mituro.

With Iago Aspas on the bench as a resource to use if necessary, Celta failed from the beginning in their attempt to make their quality prevail.

It did not create great danger and it never hit with the last pass in the first 45 minutes Against a rival who closed the spaces perfectly.

The coach of the Vigo team, Eduardo "Chacho" Caudet decided to admit Santi Mina, Brais Méndez, Fran Beltrán and Javi Galán at the beginning of the second half.

The initiative was of the visitors in the first section of the resumption and Brais Méndez tied the game just as Iago Aspas, the star of the Celtic team, was warming up, which came in shortly after.

With all the heavy artillery on the lawn, Celta looked for the final blow against an opponent that was losing more and more groundBut he took advantage of another defensive error to make it 2-1, again, after a splendid header from Manel Martínez.

"Chacho" Coudet's team launched into a total offensive in the final stretch. He locked up the blue and white in his area,used all his offensive resources to force the extension, but had to give in to a surprising Atlético Baleares, turned into an unexpected 'killer' of the Copa del Rey.

Incidents: Match corresponding to the round of 32 of the Copa del Rey played in a single match at the Balearic Stadium before some 3,000 spectators.