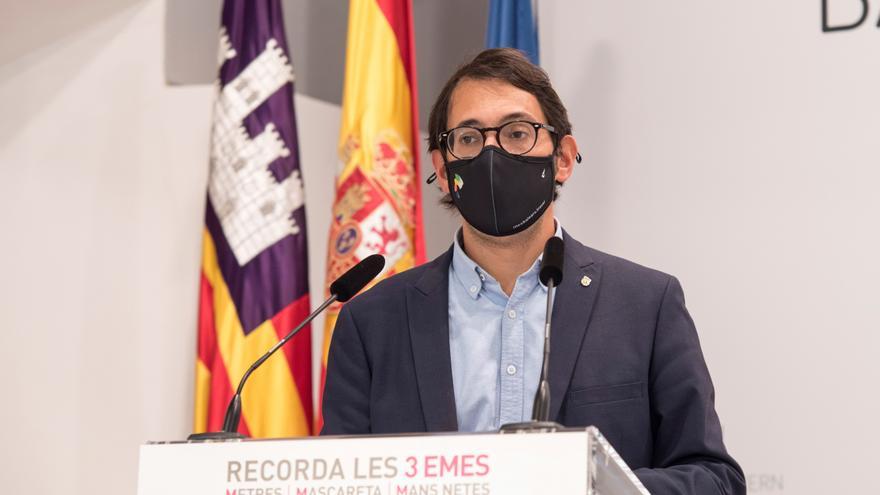 Palma, Jun 3 (EFE) .- The Balearic Government has affirmed this Thursday that the United Kingdom is a “very important market” for this autonomous community and hopes to “recover” British tourists at the end of this June.

The Government of the Canary Islands also maintains the hope that the United Kingdom will include the archipelago in its “green list” of safe destinations that the British can visit without having to keep quarantine for ten days upon their return, despite the fact that today it has been left out together with the rest of Spain, contrary to what I expected.

At a press conference, the spokesman for the Balearic Executive and Tourism Minister, Iago Negueruela, declared that he hopes that British citizens can soon travel with “guarantees” to the Balearic archipelago.

In this sense, he recalled that tour operators such as the British TUI plan to resume their activity with the Balearic Islands at the end of this month.

Negueruela has said that he is confident in the advancement of the United Kingdom’s vaccination process and in the control of the Indian strain of covid-19 that affects this country, which together with Germany are the main emitters of tourists to the Balearic Islands every year.

The minister has shown his respect for the decision of the British Government and the Balearic Executive will continue working to promote the islands in other markets, such as Germany, northern Europe and Spanish.

The spokesman for the Canarian Executive, Julio Pérez (PSOE), has affirmed that the regional government had “some hope” that the Canary Islands would be included due to the data it handled, since the president, Ángel Víctor Torres, is in contact “almost daily “with the United Kingdom ambassador and with departments of the British Government.

In Pérez’s opinion, it is possible that this decision by the United Kingdom is due to the decision to keep Spain as a whole on the “amber list”, but in the Canary Government they continue to “think about that possibility (that of entering the green list) because there is elements for it “.