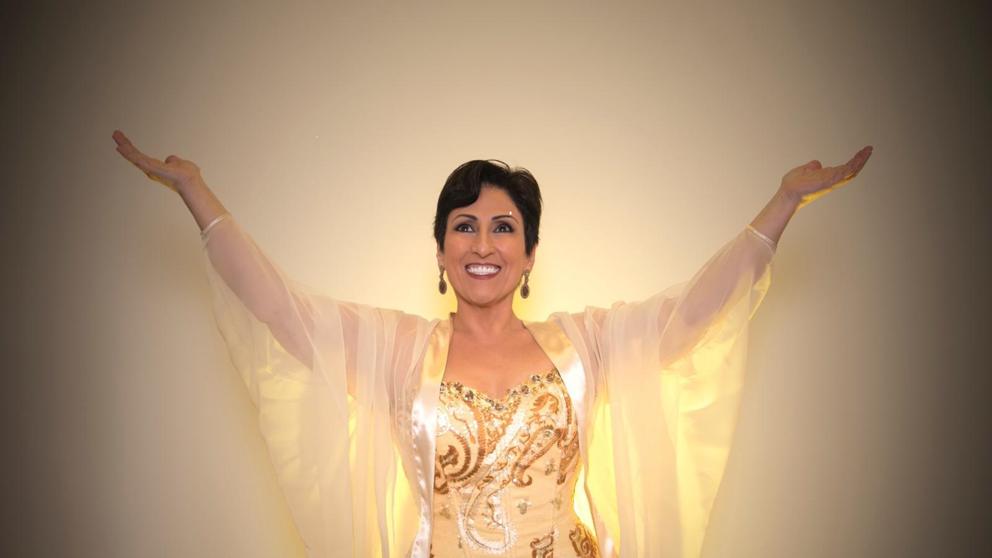 “Life is very curious: I have been acting in theaters like the Liceu for thirty years, but in the end I have become famous singing on the balcony, in pajamas and slippers.” The claim is from the soprano Begoña Alberdi, who has spent several nights going out to the terrace of his house in Barcelona to offer an aria a cappella to people confined by the coronavirus. And thanks to the viral videos recorded by his neighbors, he has ended up making the Americas: the Univisión chain of Miami takes it out in its news programs.

Alberdi has been going out every day to sing since on Monday of last week the applause of the 8 pm was established throughout the health staff. “At first it was so spontaneousI even asked my husband to turn off the lights so that people would not know where he was coming from, because I was a little embarrassed, a couple of months ago we had moved to Calabria street, “she explains.

This is how the aria sang “a cappella”O my dear babbino”From the opera Gianni
Schicchi, by Giacomo Puccini. Y a video recorded by one of the neighbors went viral, where you hear the voices of people saying, “Oh, where did it come from, oh, oh, I cry.” Emotion was served. It was from there that people began to play the video wondering who was singing and what that music was.

“And from then on I get messages every day asking me if I’m going out today. How do we make a Instagram liveBeyond the neighbors who hear me sing live and direct – there is even a hasthag from Begoña Alberdi – there are people who follow me on the networks every day at 8pm. I have done it every day, and if the state of alarm lengthens and we are confined for fifteen more days, it will be fifteen more days that I will leave, ”he explains on the phone.

In the Calabrian apple court with Sepúlveda


What will you sing today Wednesday? “Tonight I will
Turandot
, an aria from Liù’s, ‘Signore, ascoltaWhich is very cool and has also been a popular request. Because also people make requests to me. This and ‘Vissi d’arte‘ from
Tosca
have been the most requested. Sure, because people can’t imagine how difficult it is to sing from the balcony. If it is already from a stage, imagine .. ”

In addition the meteorological conditions they are not the most favorable. Yesterday, Tuesday, for example, the wind was blowing, and singing at night and in the cold outdoors contradicts all the rules of voice care. “Exactly, my students are not going to believe me anymore, ha ha. But hey, this is not a singing contest, but a way to spend a pleasant time, “argues the soprano.

An aria a day

I choose well-known arias and those that have little instrumental accompaniment, those that go best are those of Puccini ”


The truth is that the apple interior in which he sings, the so-called Pati de les Salesianes –The one faked by Calabria, Sepúlveda, Rocafort and Gran Vía streets in the Catalan capital– provides you with impressive acoustics. “Indeed, when I see any of the videos I realize that it is a authentic roman theater. Because from the balcony I do not have this feeling, logically. The good thing about opera houses is that the acoustics come back so you can hear yourself, but on the balcony you only throw miles … ”

What is the best repertoire for this type of acoustic and audience ?, we asked. The best known arias, of course, and not too long. “And those that have little instrumental accompaniment, and in this sense those that are best are those of Puccini, because the music doubles the voice, and the voice is always present. Only once, in Madama butterfly, I put accompaniment to listen to it myself from inside my house, for reasons of time ”.

Alberdi is not the only one who has had the impulse to contribute singing after the minutes of applause at 8pm. in the Catalan capital. Also the soprano Beatrice Jiménez is paid to sing to the neighborhood in Barcelona. And his viral videos have been echoed in Latin America, such as national television of Colombia, or other means of Uruguay and Ecuador.

Confined to the still noisy General Miter, Jiménez is thinking of going to sing in the backyard, but “how do I tell the residents of Miter that I’m going to the other side!”


Confined to the street General Miter, the traffic noise –despite the lesser circulation– does not play in favor of its small performances, which is why it is reserved especially for weekends, when surely not as many cars pass. “I spent a few days with a sore throat,” he says, “but as soon as I can, I leave because my neighbors are super excited.”

In fact, he has thought that in the back of the house, in the community garden, the acoustics would be much better, but “with how motivated the residents of Miter are now, how do I tell them I’m going to the other side! Also, when cars stop passing, it sounds super good, ”he laughs. The call of The vanguard she catches her about to do a connection test with the Italian school of her two children, with whom we hear her speak in that language.

Half Italian, this soprano wants to offer things she heard her aunt sing, like the Neapolitan ‘Il soldato innamorato’

Indeed, this average Italian artist, with family in Genoa and Milan, explains that her family has been experiencing the coronavirus since the Settimana Bianca for children began. Moreover, since he had to suspend the tour he had planned for five theaters in China with tenor Albert Deprius and pianist Josep Buforn, and which was canceled in January.

It is also not strange that these days he wants to offer everything Italian song from the balcony. “Things like ‘Il soldato innamorato’That I heard my aunt sing it, from when in World War II the Italians went to the front. Videos like “O sole mio“They have also gone viral, although she explains that this has caught her by surprise.

The experience of virality

I didn’t have Instagram, I hadn’t used Messenger, and one day I discovered 45 messages from people who asked me for interviews or made requests to me ”


“I didn’t even have Instagram, now I’ve had to create an account. I had never used Messenger, and one day I discovered that I had 45 messages from people asking for an interview or making requests. They ask me a lot for Ave Maria. Because, look, regardless of the virality, what has never happened to me is to start crying with the messages I receive. There are people who even send me compositions. ”

A man from Cádiz, Jiménez explains, sent him a Ave Maria; a journalist like Maria Teresa Campos, but from Portugal, was looking for her to dedicate a song to them. “So much to tell my children that they cannot upload things to the Internet, and now on the Latin channel of a US channel I have half a million visits … And I receive messages even from Ecuador … very emotional, telling me that they need initiatives like that . It may be that I am very sensitive to what is happening, but the other day I was already crying. “