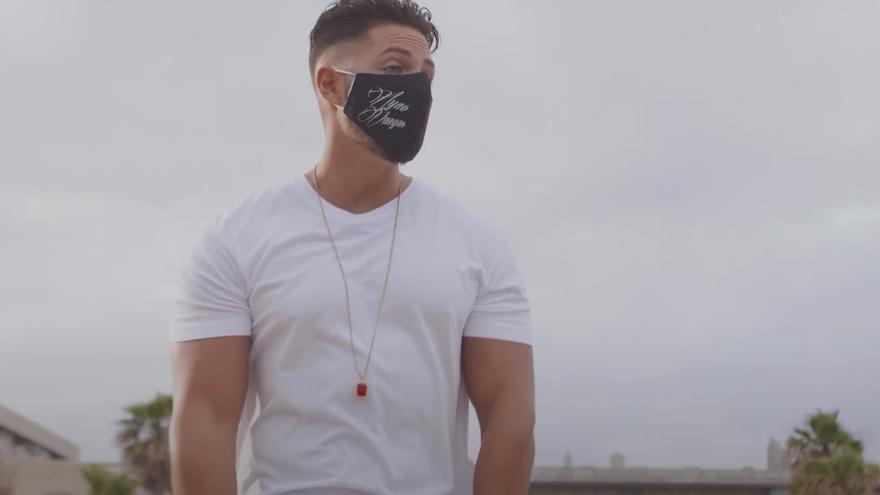 The Community of Madrid launched a few weeks ago your awareness campaign for the mandatory use of the mask. A regulation that reached the tail of the rest of the autonomous communities of the peninsula and that placed young people at the center of the target of recklessness. The succession of events that this ad raised ranged from having a few beers with friends and going to a disco, to ending up in the hospital, then in the ICU and, finally, in a crematorium. A metaphor that provoked several criticisms of the regional government and demonstrated once again how institutional press mechanisms have failed among certain age ranges.

The Council of the Youth of Spain (CJE) alerted in full state of alarm of “the negative image and harmful speeches that were being poured on young people”, something that has taken on special relevance in this wave of outbreaks where, in a significant percentage, it has involved young people. Nightclubs, large bottles and beach bars are the settings that both Fernando Simón and other epidemiological experts have considered a worrying source of transmission. In addition, the average age of infections in Spain has fallen a lot in the summer months, which inevitably places this group at the epicenter of campaigns, warnings and reproaches.

However, alternatives are emerging that use the voice of young people themselves or that of their generational referents to try to turn them into the allies that contain the pandemic needs. For example, the Hospital 12 de Octubre in Madrid together with the LaJoven theater company made a spot entitled For me you will not get infected that changed the optics of discourse. “Instead of scolding young people, try to show that we are responsible and we are sensitized,” explained Pedro, one of the actors and ideologues of the campaign.

In the first months of the COVID-19 pandemic, the Institute of Youth of the Ministry of Social Rights compiled a series of solidarity initiatives that they called Youth against the virus. “A multitude of people appeared wanting to offer what they could altruistically: help on-line for the study at various levels, psychological support, accompaniment to the elderly, collection of purchases from the supermarket and pharmaceutical products … the vast majority of youth have shown that they are supportive, that they are available to society when necessary and that it plays a fundamental role “, defends María Teresa Pérez, president of Injuve, to elDiario.es.

“In this second phase, where the priority is to stop the outbreaks and prevent irresponsible behaviors from becoming the majority, we must stress the importance of individual responsibility for a collective good”, thinks Pérez. “The key is to raise awareness rather than punish”, in his opinion, which sometimes has a greater effect if the interlocutor belongs to the age range that is intended to alert. This idea has been promoted by the Government of the Canary Islands with the initiative Covering mouths, “which is being developed in youth leisure areas of all the Islands and aims to reach 11,500 young people informed to put the slogan that with our mouths covered we are more handsome,” says the head of Injuve. Something similar happens in Catalonia, where youth platforms have launched Som maskers to encourage young people to make their masks as a form of expression and thus increase their use.

“It is very difficult for adults to help them because what serves us as logic does not serve them, who are in another vital moment and in other coordinates”, argues José Ramón Ubieto, a psychologist expert in current symptoms of adolescence and professor at the Open University of Catalonia (UOC). “Sacrifice, regulations and security are sufficient causes for the adult to sign an agreement of individual responsibility and, if it is recommended to us from a place of respect and authority, even more. But in the case of young people it will surely obtain the opposite effect”, ensures. The expert considers that there are four phases for the awareness of youth that should begin to be applied in the specific case of COVID-19.

The four phases of youth listening

José Ramón Ubieto believes that the objective of raising awareness among the youth population can and should also help influencers, opinion generators and the media. “In the end, what is said does not matter so much as where it is heard from,” says the expert. Therefore, he proposes to call youtubers, athletes, musicians or tiktokers so that they promote a lifestyle consistent with health risk. In fact, the first to verify that this strategy worked among its youngest citizens were the advertisers contacted by the Government of the Valencian Community. Through his campaign ‘If you mess it up, you mess it up for all of us’, together with the Valencian rapper Nyno Vargas, they got the touch of freshness that other tremendous campaigns that seek to reach this group are missing.

“Urban music or rap is a language very aimed at young people. We try to appeal to personal responsibility to avoid taking risks of contagion, maintaining safety regulations such as the use of a mask and using the claim of “do it for you, do it for me” that we have maintained throughout this period “, sources from the Generalitat explain to eldiario.es.

In the second instance, if this does not happen, the psychologist proposes to influence the consequences. “We tend to assume the regulations as something that has a logic, we are obedient people. But the foundation of the message to the youth should never be the regulations,” explains Ubieto. “They lack the feeling of vulnerability towards themselves that others have, so it is necessary to illustrate very clearly those who can affect if they break the rules: their grandparents, their mother, their teachers, etc”, he says. If that also does not reach his empathic nerve, then the expert would move on to “clear and direct testimony from very young people who have suffered the consequences.”

Eva Arriba is a 20-year-old girl who posted a letter on her Instagram account to alert society to the reality of the disease. In one day it went viral. “There are people who have survived but who have had sequelae, pulmonary fibrosis or neurological complications. Well, they should know all this first-hand,” defends Ubieto. Finally, and in the most extreme case, “he would resort to sanction and threat.”

The UOC psychologist is of the opinion that “good-natured campaigns, in a health crisis, are useless, not when talking about road safety or when talking about coronavirus”. But it would stop including all youth in advertisements as the same entity, in the same way that no campaigns are directed at “adults”, and would show a little more patience: “We ask you for a level of resignation and sacrifice that You have to understand that it is difficult at his age, “he concludes. María Teresa Pérez, from Injuve, also thinks that: “It is not only worth stigmatizing, which is unfair and ineffective, what is really worth raising awareness”.