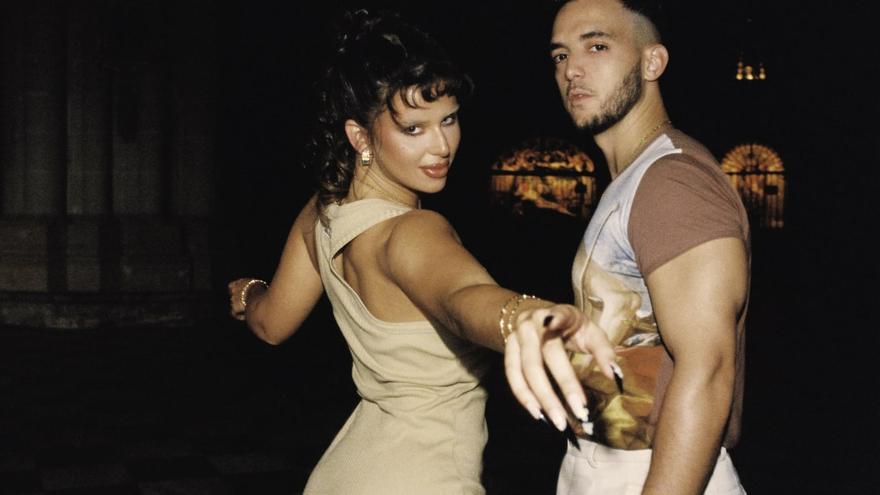 “The one that is going to roll.” They say that, when Juan Miguel Ferrer, until next Saturday Dean of the Cathedral of Toledo, saw the video clip ‘Ateo’ by C. Tangana and Nathy Peluso, shot with their permission in the primary cathedral, put a hand to his head. And not because he felt that what he saw was sacrilege – “Although they could have saved so much sensual dancing,” says a member of the council – but because he knew what was coming.

Said and done: pressure from an important sector of the Toledo Curia –one of the most conservative in Spain, from which ultras bishops such as Jesús Sanz (Oviedo), José Ignacio Munilla (San Sebastián) or Demetrio Fernández (Córdoba) have emerged-, together with the lobbies ultra-Catholics close to HazteOir.org and the EWTN chain, launched themselves in a whirlwind on social networks against the dean and, by extension, against the archbishop, Francisco Cerro, who (as happens in all curiae) had not heard of the controversy, since the responsibility for what happens in the cathedral corresponds to the chapter.

Again, the eternal drive between the two souls of the Spanish Church – the conservative, the majority and the loudest; and the moderate one, closest to the reforms of Pope Francis but also the most silent in our country – it exploded the seams of the supposed unity between clergy, bishops and lay faithful. It already happened in the throes of Francoism, with the open Church represented by Cardinal Tarancón and the ultraconservative, led by Cardinal Don Marcelo (also Archbishop of Toledo). On this occasion, on account of the video of C. Tangana and Nathy Peluso, for which his production company paid 15,000 euros, which were given to social works of the diocese. Nobody entered what could be the real debate: if, in the case of an Asset of Cultural Interest, it should not be the public administrations that approved or not the filming, as is the case for example in France. But the secular nature of the State in Spain is not always evident.

The first response came from the dean himself, a priest recognized in the Vatican – he was number two in Divine Worship – and who has appeared repeatedly in the shortlist to be bishop. He apologized for the mistakes that could have been made, but insisted that the video “does not affect faith” and requested “understanding and acceptance” in the face of “certain attitudes of intolerance.” “It is a language typical of the culture of our time and the good that it may produce in those far away has been attended to,” Ferrer justified himself.

The answer, as one of the people who has experienced the controversy most closely, points out to elDiario.es, was measured and “very close to what Pope Francis asks us when he says that he prefers a Church stained by road mud to another closed in on itself “. But this only served to embolden even more the most rigorous sectors of the Toledo clergy, who came to threaten a “planted” against the dean if it was not rectified immediately. Some even suggested abandoning the cathedral if Ferrer appeared there, even if it was in full mass.

The pressure increased in tone until the archbishop of Toledo, Francisco Cerro, was forced to issue a second document with an express condemnation of the recording of the video clip, with a resounding request for forgiveness and making it clear that the prelate disapproved of the images and that “I was absolutely unaware of the existence of this project, its content and the final result.” In the statement, the archbishop apologized “humbly and sincerely to all the lay faithful, consecrated persons and priests, who have felt justly hurt by this misuse of a sacred place.” Not even that was enough.

Several civic associations announced rallies throughout Spain – finally, only about thirty people gathered at the doors of the cathedral to pray rosaries of reparation for the ‘sacrilege’ to the temple – and the media carcundia called for the immediate removal of the dean. A dean who, on the other hand, has always been considered within the conservative branch of the Spanish Church. Not in vain was he number two in the Vatican dicastery in the time of Benedict XVI, with Cardinal Cañizares being his direct boss. Some say, now, that Valencia could be his future destination, once he leaves Toledo.

Again, the ultra pressure forced Bishop Cerro – a prelate who is not included among the most conservative, but who according to close sources was overwhelmed by the environment – to issue a second statement, announcing an “act of redress and reparation “in the cathedral next Sunday.

There will be no autos-da-f or records will be burned in the public square, nor will the entire temple be sprinkled with hyssop, that no one expects an ‘exorcism’ against a supposed ‘desecration’. There was neither one nor will there be the other, but the last chapter (to date) of the plot is added to the redress: the resignation of Ferrer. All of this has calmed the spirits of ultra-Catholics. That, however, they already know that they can put pressure on the archbishop. And in fact they already did it, also successfully, in the case of Zahara’s poster this summer.

Also strange in this story is the eloquent silence of the Episcopal Conference, which has been hidden under the patina that it was a diocesan problem for which it was not competent. Yes it has been, and in this it has been categorical, in ensuring that there will be no global investigation into pedophilia in the Spanish Church, after the terrible revelations of more than 330,000 cases in France. The Spanish bishops have the dubious honor, along with the Italians, of being the only ones in Europe not to lift a finger to learn the reality of the horror of child abuse in their midst.

Calmer, after announcing his dismissal Juan Miguel Ferrer admitted that his main mistake in all this controversy was not being present at the recording to “warn” about some images that could cause the “scandal of some people.” The outgoing dean did want to make it clear that his relationship with the archbishop is very good – another issue is the breakdown of institutional trust – and that he did not retract the statement issued by himself, because “what we were trying to say was true and that we explained were the reasons why the permission was given ”.

“Nobody likes to be turned green,” says the priest, who does not avoid an elegant volley at the ultra sectors: “I admit all criticism and I recognize that I can make mistakes and even do wrong, I hope without meaning to, but when I They correct, I also like to be corrected with a bit of charity and respect. But hey, I said, this is for me past water, the criticisms that have been made to me. What I want is for everyone to be serene now, live in peace , there are no grudges or tensions between one and the other “.

History leaves winners and losers. The artists undoubtedly win, whose video clip has several million downloads, fueled in part by the controversy. Also the cathedral of Toledo, protagonist of press headlines and television minutes. Do not forget that you pay to enter the temple, except during mass hours. And, of course, the most conservative sectors of the Spanish Church, who put a new notch in their stirring revolver. They lose the resigned dean, the archbishop run over by reactionary pressure and, ultimately, that other ‘soul’ of the Spanish Church that continues to sigh, silently, without raising its voice, because the openness that Pope Francis symbolizes can sneak in. some crack of the episcopate of our country. The ‘bad guys’ win again. Again.

Why is the Netherlands the only EU country that has not yet requested recovery funds?