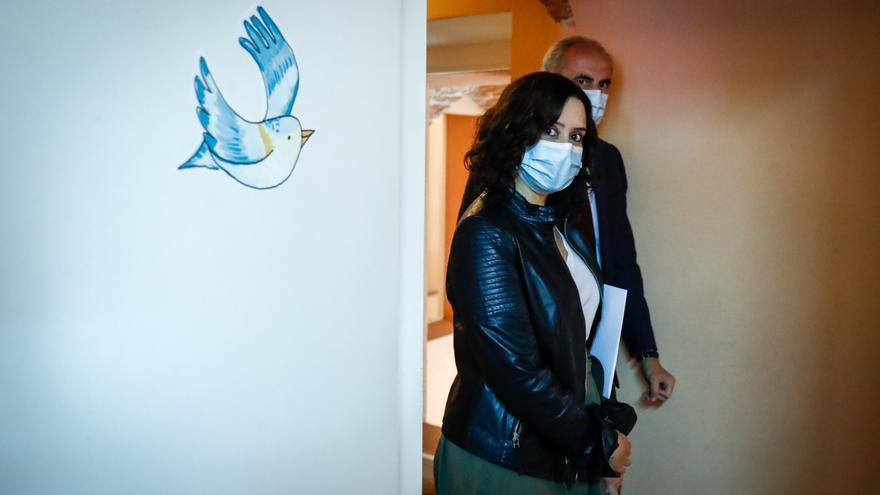 The offensive by the Government of Isabel Díaz Ayuso for the Executive of Pedro Sánchez to withdraw the state of alarm is total when just three days have passed since its entry into force last Friday. This Tuesday, the Covid-19 group that brings together members of both administrations will have its weekly meeting. The Ayuso Government has already advanced that it will request the lifting of the state of alarm, based on the accumulated incidence of the region in the last 14 days which, according to they maintain, is already at 446.5 infections per 100,000 inhabitants, below the 500 cases, one of the three criteria of the Ministry of Health to impose the measures. However, he acknowledges that he continues to fail to meet the other two Health criteria: positivity index and ICU occupancy.

To redouble the pressure, the president of the Community of Madrid has offered this Tuesday an interview in the 'Financial Times' in which she defends that the "authoritarian" Government of Pedro Sánchez has imposed a confinement in Madrid negative for the economy, which does not solves the problem and it has been rejected by the courts. For Ayuso, the central Executive of PSOE and Podemos wants to break "the consensus of the two Spains" and try to transform the country into a place where only "one way of thinking is allowed." According to Ayuso, the problem is "political" not health because "Madrid was doing things well."

"Just when we had applied sensible and fair measures that were giving results, the Spanish Government quickly decided to change its discourse and impose a very different model of confinement," criticizes the PP leader. Ayuso refers to his system of phases that selectively confined the basic health areas with the highest incidence. Ayuso defends in the interview that "the business of a vital region like Madrid, with 6.6 million citizens and which is also the economic engine of the country, cannot be decided in 12 hours under pressure."

In addition to Ayuso, this Tuesday the Minister of Health, Enrique Ruiz Escudero, and the Deputy Minister of Public Health and Covid-19 strategy, Antonio Zapatero, have also offered interviews in this line. Escudero advanced that he will ask this afternoon for the lifting of the state of alarm after having reduced the accumulated incidence of coronavirus cases in the last 14 days to 446.5, according to the report on the epidemiological situation for the week ended Sunday.

The Minister of Health, Salvador Illa, already made it clear that the state of alarm will continue in force in Madrid capital and eight other municipalities at the moment. Illa explained this Tuesday in an interview on Cadena SER that the state of alarm is still not going to be lifted, despite requests from the president of the Community of Madrid, Isabel Díaz Ayuso. "The accumulated incidence has to go down much more", the minister has assured, "not below 500, but below 200 at least." The ideal situation, Illa said, would be for the cumulative incidence to be “below 100 or around 100”. "This is the perspective that we want to discuss with them," said the minister.

The cumulative incidence may have dropped below 500 cases, but the Community of Madrid continues to be above the thresholds established by the Ministry of Health in terms of the percentage of positivity in tests and ICU occupancy, which are around of 16% and around 40% respectively, as recognized by the deputy minister of Madrid.

Zapatero has attributed the decrease in the accumulated incidence to the restrictions on mobility and social interaction established by the regional government in basic health areas, and has ensured that the state of alarm approved by the central government has had "no" impact .

The damage to the economy is one of Ayuso's arguments for lifting the state of alarm. However, the Minister of Economy, Manuel Giménez, has assured that the state of alarm has caused "a rebound" in the billing, sales and turnover of many operators in the Community of Madrid. This has been transferred in an interview on 'Radio Intereconomía', where he has emphasized that the state of alarm "does not introduce significant changes from the economic point of view and less with respect to an essentially identical regulation that was the one that preceded it."