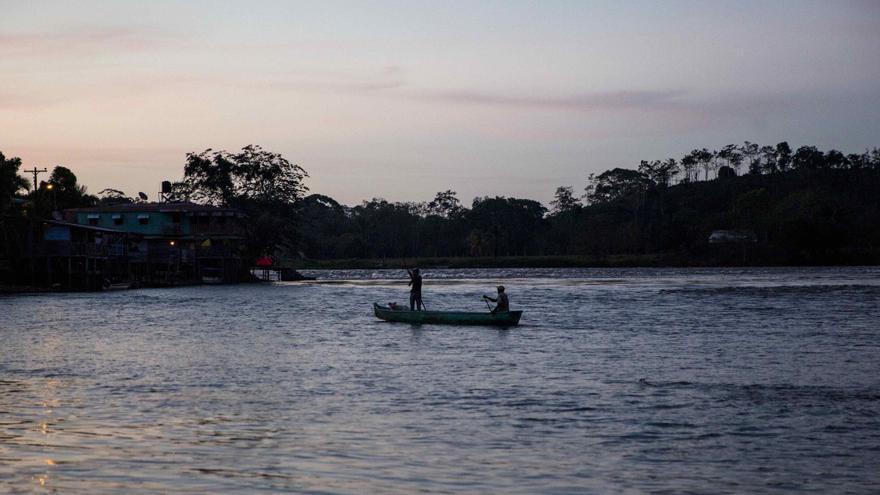 Managua, Mar 28 (EFE) .- The documentary “River Tales”, the best film from Luxembourg in 2020, did not obtain an Oscar nomination, but it managed to penetrate and served as an outlet for the impoverished community of Nicaragua where it was filmed, he said this Sunday the protagonist, the teacher Yemn Jordan Taisigüe.

“River Tales” (“River Tales”) is based on the perception of life that children and young people of the El Castillo community, in the department (province) of Río San Juan, in the extreme south of Nicaragua, have From becoming one of the most coveted spots in the world at different times, it continues to be among the poorest places in the Central American country, without anyone noticing the situation.

“The documentary looks at the world from the point of view of a child, their needs, desires, their success lies in the fact that it is very sentimental, it is not superficial, it enters the houses of each person, asks simple questions, and they answer: I feel Well, I feel bad, my parents migrate, it shows the reality of how to live in paradise, ”Taisigüe told Efe by phone from Costa Rica, where he went into exile after filming, after denouncing the persecution of the Sandinistas.

Recorded in 2019 under the direction of Julie Schroell, the documentary shows the tropical exuberance of the San Juan de Nicaragua River, whose variety of flora and fauna refer to the biblical paradise, but also reflects the melancholy of the prosperous place that never was and the results among its settlers.

“It portrays the life of the people in El Castillo, a very beautiful place, highly coveted by foreigners, with 72 failed interoceanic canal projects, but also where people continue to live poorly, having needs, inequalities, migration, poverty,” explains Taisigüe, who Besides being a professional actor, he is a social anthropologist.

But the “portrait”, financed by Jesus Gonzalez-Elvira and produced by Calach Films, does not take as its starting point the river that served as the idea for an interoceanic canal that was finally built in Panama, but rather the children born a century later.

The story is based on a play that the “kids” put on together with their teacher, Taisigüe, and in which they expose their vision of the world, with a clear conclusion: “we want to go,” laments the teacher.

Despite the hopelessness, Taisigüe affirmed that in El Castillo there is “pride” for the documentary, since “it managed to capture a moment of our history, and that the images of our land are shared throughout the world.”

“River Tales” not only tells the story of children who say they live “in a hole”, but it has done so with honors, winning the award for Best Environmental Documentary in Edinburgh, Scotland; Peripheral Visions Award, in Galway, Ireland; Best Film at the Portland EcoFilm Festival, in Portland, United States; and the EcoHero Award, awarded to Taisigüe for his role in the story.

The covid-19 pandemic made it impossible to present the documentary in a movie theater, but an online presentation has already been announced for next April 1, and it will be available on HBO and Amazon Prime.

For the inhabitants of the river, “River Tales” has been “a relief,” said Taisigüe.