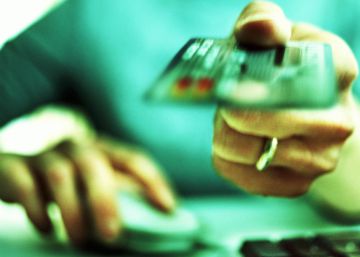 From 22.86% registered in June of last year to 22.84% in December. In six months the average annual cost generated by paying with a card revolving —That peculiar type of plastic that is characterized by automatically renewing the part of the credit that the consumer reimburses the bank each month and by having reduced repayment fees — has remained practically stable and almost three percentage points above what the Supreme Court considered be the threshold to consider an interest rate usurious, in a sentence pronounced in March of last year. This is the main conclusion of the latest barometer of the Association of Financial Users (Asufin), which shows that this cost remains almost unchanged, despite some downward adjustments by different entities, due to the high issuance and renewal fees of these products.

Through his ruling, rendered in the judgment on a card revolving of Wizink that applied an equivalent annual rate (APR, that is, the nominal interest rate plus expenses and commissions) of 27%, the High Court called this cost "disproportionate and usurious", as it is notably away from the 20% that the Bank of Spain indicates as the average interest rate for cards. The decision was based on the law of repression of usury, which in its article 1 establishes that "any loan contract that stipulates an interest significantly higher than the normal amount of money will be void." A doctrine recently endorsed by the Court of Justice of the European Union (CJEU) that, in a car dated March 25, points out that this regulation is not contrary to the Community directives on consumer protection.

If the Supreme Court ruling marked a turning point in the market for revolving, to such an extent that the average APR of these products was in the middle of last year almost three percentage points below the 25.20% registered at the end of 2019, the decline seems to have stopped short just 10 months after the pronouncement. In this way, for a financing of 1,000 euros over 24 months, the average cost of the 13 main products on the market studied by Asufin is 229.40 euros, but it shoots up to 472.94 euros in the case of the most expensive plastic and it goes down to 124.39 euros, in the case of the cheapest. The APR for withdrawing cash at ATMs with these cards reaches 27.99%.

Although many entities have reduced the APR of this type dand product, such as the Wizink Gold Card, which has gone from 21.94% to 20.90%, or has been replaced by plastics cheaper —Bankia, for example, has changed the Shopping Card, with an APR of 26.08%, for the new Flexible Card, at 19% - the high issuance or renewal commissions keep average prices at high levels, according to Asufin data.

In fact, the cards revolving more expensive are those that incorporate these expenses. In this way, “the Openbank Diamond Infinite, with a 59.47% APR, is followed by the Gold After BBVA Card (80 euros renewal commission), with 27.49%, and the BBVA After Card (the Classic version, with 43 euros of annual commission), with 25.41%. On the other hand, there is the Abanca Project Visa, with a cost almost six times lower than the most expensive, that is, an APR of 11.99% ”, the association highlights.

One of the elements that can make cards even more expensive revolving are the insurance that covers non-payment in certain circumstances, such as being unemployed. For a debt of 1,000 euros to be repaid in two years, its cost rises up to 10% more compared to the same operation without insurance. This expense is not included in the APR, since insurance is not mandatory. However, "it is common for this possibility to stand out when hiring the card, without its cost being duly explained," they point out from Asufin.

The results of the association's study refer to a period that precedes the entry into force, on January 2, of an order with which the Ministry of Economy imposes on entities stricter conditions for the sale of cards revolving. On the one hand, it requires them to offer more transparent information about its complex operation and conditions. On the other hand, the solvency analysis that the bank carries out to grant these cards must determine the customer's ability to repay the debt at an interest rate of 25% per year. For any type of credit, in addition, entities have to notify the Bank of Spain's Risk Information Center (Cirbe) of operations that exceed 1,000 euros, 8,000 euros less than what was previously required. It remains to be seen what consequences the application of this regulation will have on the price of revolving.

In any case, and in line with other consumer associations, the Asufin strongly discourages the use of these cards for the management of the domestic economy, since "they greatly facilitate entering a spiral of debt that generates high interest".