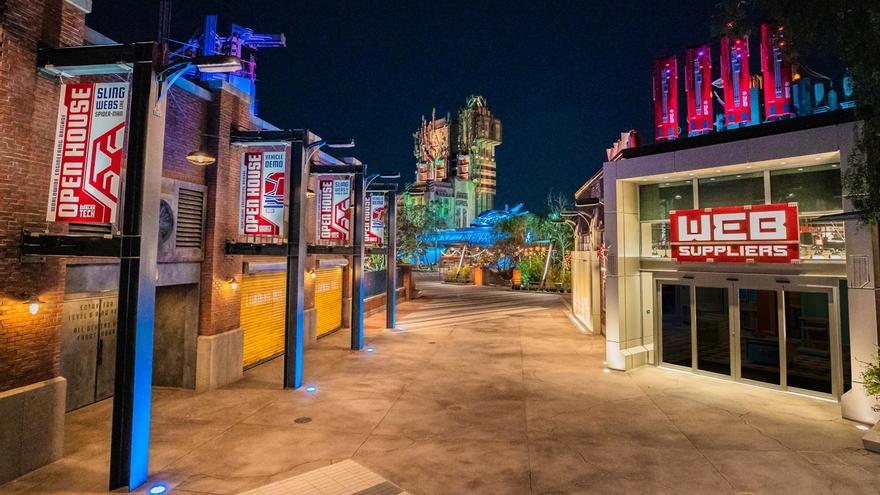 Los Angeles (USA), Jun 2 (EFE) .- The Avengers and all the magic of the Marvel superheroes will disembark this Friday at the Disneyland Resort with the inauguration of "Avengers Campus", one of the great bets of this park Californian theme for its reopening after the closure due to the pandemic.

Spider-Man, Iron Man, Black Widow, Thor, Captain Marvel or Dr. Strange are some of the characters that appear in this new area that Disneyland presented this Wednesday in a visit to a few media, including Efe.

But the Avengers' landing at Disneyland has been almost as complex as one of their dangerous missions against the evil Thanos.

"Avengers Campus" was scheduled to open in July 2020, but the pandemic forced Disneyland to close for more than a year and to paralyze all plans for these superheroes.

Disneyland reopened its doors on April 30, with limited capacity along with other restrictions due to the coronavirus, and this Friday the Marvel idols will finally arrive at the theme park.

Located at the foot of the famous attraction "Guardians of the Galaxy - Mission: Breakout!", Which opened in 2017 and which will now also be part of the new area, "Avengers Campus" aims to make Marvel fans dream of becoming a reality. Superheros.

With this goal in mind, "Avengers Campus" presents a large 2.4-hectare area presided over by the Avengers Headquarters, a facility where characters like Black Widow can be seen.

Dr. Strange also has his moment of glory with a show devised in a mystical sanctuary in which the rules of time appear completely distorted.

In addition, the troops of Wakanda, the legendary country of Black Panther, will look for allies in another of the shows of "Avengers Campus".

SPIDER-MAN AS A STAR

Although throughout "Avengers Campus" one can come across many different characters, the main star of this new Disneyland bet is Spider-Man.

The arachnid superhero is the star of an astonishing stunt show and is also the centerpiece of the "WEB SLINGERS" attraction.

In it, visitors have to help Peter Parker after a science experiment has gotten out of hand.

Thus, those who get on "WEB SLINGERS" will be able to throw cobwebs with their hands like Spider-Man thanks to an innovative technology that mixes digital effects with motion detection.

"WEB SLINGERS" will also introduce the Spider-Bots, very rambunctious, spider-shaped robots that are quite a nuisance to the young superhero.

With numerous hidden secrets for the most loyal fans of comics and movies, the new Disneyland campus also includes a gastronomic offer inspired by superheroes to round out a one hundred percent Marvel experience.

For example, "Pym Test Kitchen" is based on the stories of Ant-Man and his food has undergone strange quantum experiments that have transformed portion sizes in surreal ways.

Thus, the menu of this restaurant includes gigantic pretzels and a chicken sandwich with a tiny bun.

Another gastronomic attraction has to do with a famous scene from the credits of "The Avengers" (2012) in which Marvel stars were seen eating shawarma and falafel.

Those same dishes will now be eaten at "The Shawarma Palace" on the "Avengers Campus".

Scot Drake, who is a creative portfolio executive for Walt Disney Imagineering and the head of "Avengers Campus," explained Wednesday that one of his priorities was to capture "the optimism" and team spirit that are central to Marvel stories. .

Drake also assured that everything in "Avengers Campus" is thought to "stimulate the imagination" of the fans.

The offer of theme parks and attractions, with Disneyland as the spearhead, is one of the most important tourist attractions in California.