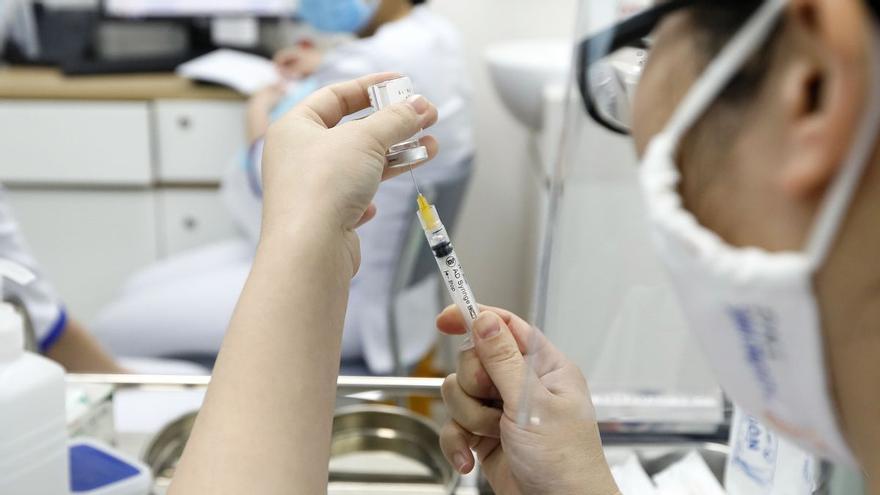 The autopsy at the Marbella teacher Pilar González Bres, died after suffering a stroke two weeks after receiving the AstraZeneca vaccine against him coronavirus, would initially rule out the relationship between the vaccine and his stroke, reports this Friday the South Malacitano media.

The autopsy revealed that the 43-year-old woman had a predisposition to stroke. In fact, everything seems to indicate that he would have had an aneurysm, which is the rupture of a blood vessel in the brain, which would have triggered the massive hemorrhage that caused his death.

In the preliminary studies no evidence of thrombus has been detected in the body of the victim, although it will be necessary to wait for the results of the different microscopic studies that are being carried out from the samples taken.

The victim’s family had requested an examination of the body to determine the cause of death and to clarify whether the vaccine could be related to the death.

The teacher, a mother of two children, was vaccinated on March 3 and decided to go to the Emergency Room at the Quirón Hospital because she suffered from headache and general malaise that, at first, was attributed to the common symptoms that can appear after receiving the dose of AstraZeneca. Without these symptoms disappearing, the woman returned to the hospital about ten days later. A CT scan was performed on two occasions and it was the last test that revealed the existence of a cerebral hemorrhage that required surgical intervention. The woman ended up dying this Monday after the operation.

As explained Fernando Vazquez, director of IES Guadalpín de Marbella, where Pilar worked. she received the AstraZeneca dose on March 3 and she missed class on the 4th and 5th (Thursday and Friday) because “he was very ill”, symptoms that they told her were “compatible” with the side effects of the vaccine.

The educational community of the center where he taught has expressed, through social networks, their dismay at the loss of the teacher. “We will miss both his affectionate treatment and his personal and professional worth. We want to convey our deepest condolences to his family and friends,” said IES Guadalpín in his profile on social networks.

The following Monday, March 8, he returned to his work at the educational center, and had “severe headaches and fever”, but he did not miss class. “She was a great professional,” Vázquez stressed.

This is how Pilar endured all week, until on Saturday the 13th she had to return to the hospital when she was ill. Two CT scans were performed; in the first, nothing strange was observed, and in the second, detected brain hemorrhage, for which a surgical intervention was performed.

The @iesguadalpin wants to express its sincere regret for the death of our colleague Pilar González Bres. We will miss her both her affectionate treatment and her personal and professional worth. We extend our condolences to his family and friends.

The death of the teacher, mother of two young children, has shocked the students and teachers of this institute, who this Wednesday pay tribute in a simple act, due to the limitations of the coronavirus, with black crepe and bouquets of flowers.

The IES Guadalpín has expressed its regret for the teacher’s death: “We will miss both his affectionate treatment and his personal and professional worth.”

The students of the third-year ESO group of which she was a tutor have also decided write some letters to the family of the deceased.

In the center, where it has been vaccinated all teaching staff under 55 years of age With AstraZeneca, they are in good health, Vázquez has indicated.