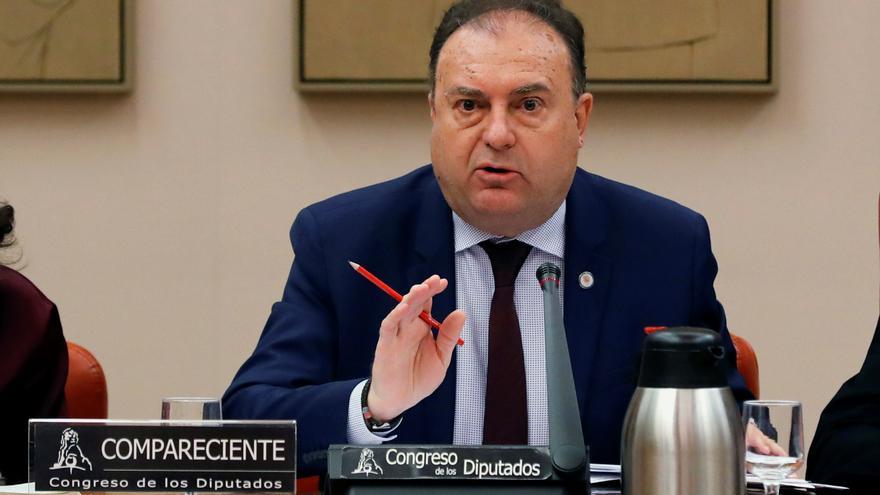 The former head of the Unit against Economic and Fiscal Crime (UDEF) of the Police José Luis Olivera has denied this morning before the judge of the Kitchen case a close relationship with Commissioner Villarejo or having pressured the policeman Manuel Morocho, at his orders in the Gürtel and Caja B cases, to benefit PP. He has also denied any involvement in the espionage to Bárcenas. At the end of his statement, and according to sources present in it, García-Castellón has warned him: “The audios contradict almost everything you have said.”

The magistrate was referring to the conversations seized from Villarejo and in which Olivera appears present or is referred to by third parties. Among them are two about the participation of both in a plot to prevent the Gürtel case from splashing the leaders of the Popular Party. In one of those conversations, on January 25, 2017, Villarejo says, in the presence of Olivera: “That the Gürtel could have them, come on, they could have sent them all to take it up the ass if it wasn’t for this one … and that cannot be forgotten in the fucking life. ”

Olivera has declared as being investigated and has availed himself of his right to testify to the parties he has considered, in this case the judge and his own lawyer. Before García-Castellón he has shown himself almost as a reprisal by the PP Government, which in the opposition denounced him before the courts “with name and surname” and then created a climate in the UDEF, already with Mariano Rajoy in Moncloa, where he already “It was not worked the same”, specify the same sources. Olivera was promoted from the UDEF to director of the Intelligence Center against Organized Crime six months after the change of government and ended the PP as the policeman with the most information by expanding his powers of coordination to terrorism.

Along these lines, Olivera has denied pressure to the investigator of box B of the PP and has tried to question his work, despite the rulings of the National Court and the Supreme Court. He has said that, at most, what he was asked to do was “expand, complete, revise” some Gürtel reports which, according to him, were later found to contain errors. As “errors of appreciation questioned by jurisdictional bodies”, he now says of his main investigator in the cases of corruption of the PP. But Olivera added that he never pressed to change the content of the reports of the then Inspector Morocho.

Likewise, he has denied that he offered him a well-paid position in Lisbon to remove him from the investigation because it would have been “a scam”, having no powers to do so, Olivera said. Moreover, according to his version, it was Morocho who asked him about the possibility of going there. Commissioner Olivera, now on leave of absence with a great salary in the Royal Spanish Football Federation, has denied the scene described before the judge by Morocho in which, while offering him the position, Olivera’s phone rang and he answered as if it were the Minister of the Interior, Jorge Fernández Díaz, aware of the offer. The accused has assured that he could not have recognized the minister’s telephone number because he did not have it.

Olivera has given his explanation to Morocho’s complaint in the sense that the policeman will have reasoned: “Everyone is going against me and now I am going against everyone. I have seen that he has gone against all his bosses.” “Such a narcissistic position is that I do not understand it,” he added.

Olivera has also declared that he did not deal with the Kitchen with any of the accused police officers and that he did not remember if he ever did so with his direct boss, Secretary of State for Security Francisco Martínez, who was also accused of spying on Bárcenas. with reserved funds and whom the investigators consider to be the coordinator of the operation. José Luis Olivera has denied knowing Cospedal, whom he only greeted once in 2016, or her husband, Ignacio López del Hierro. The former secretary general and the businessman will declare as investigated tomorrow and Wednesday, respectively.