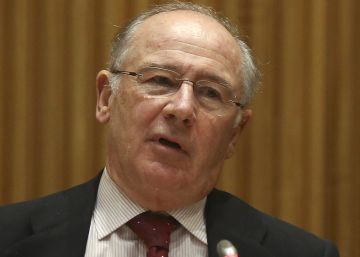 The one known as Rato case, which investigates the origin of the assets of the former vice president of the Government and former president of Bankia Rodrigo Rato, will be grouped into a single cause, as decided by the Provincial Court of Madrid. In a car known this Monday, the court orders to collect the piece that investigates the Alleged collection of commissions for the advertising of Bankia with the other open investigations, which include tax fraud and money laundering.

The decision of the Provincial Court also implies that the indictment issued by the judge of first instance, with what is left without effect the opening of the oral trial against the former minister and 12 other people, including the alleged figurehead of Rato and his secretary and right-hand man. In what until now was a separate piece, called Zenith-Publicis, the prosecution accuses Rato of corruption among individuals.

Zenith and Publicis are the names of the two agencies that won the campaign to launch the Bankia brand (after the merger of the savings banks that formed the large bank). The judge considered "evidently accredited" that during the years 2011 and 2012, Bankia contracted advertising services with them in exchange for a commission of 2.02 million euros that these agencies paid to Albisa Inversiones, controlled by Alberto Portuondo, the alleged front man. of the former Minister of Economy.

Of that amount, Albisa transferred 835,024.64 euros to one of the companies controlled by the ex-politician, Kradonara 2001. According to the investigation, that would be his part in the commission. The judge had already opened an oral trial for this piece and he was waiting for a trial date to be set. According to the magistrates of section 23 of the Provincial Court, their decision will not delay the procedure because the instruction of the different pieces is very advanced or, as is the case of the piece Zenith-Publicis, is finished.

For this court, the crime of money laundering is "knotted" to tax crimes and the crime of corruption in business and by putting them together would avoid the risk of "contradictory pronouncements" if they were judged separately. "Keep in mind that the separate pieces may have been useful to facilitate investigations of their respective objects, however, after the advance of the investigation, the circumstances that advised the processing in separate pieces, reasons for their joint prosecution have disappeared ", says the court.

The Prosecutor asks Rato for a sentence of four years in prison and a fine of 2.5 million euros for an alleged crime of corruption between private individuals. José Manuel Fernández Norniella, former Bankia executive director and former Secretary of State for Commerce, is also among the 12 people the investigating judge sent to trial; Alberto Portuondo, alleged figurehead of Rato; Teresa Arellano, personal secretary of the former vice-president of the Government; Miguel Ángel Montero, administrator of numerous family businesses of the former Minister of Economy; Domingo Plazas, tax advisor to the former popular leader, and seven directors of Zenith and Publicis.

Rodrigo Rato has already been sentenced to four years in prison for the cards black of Caja Madrid. He is currently in prison. Since last November sits on the bench of the National Court accused of swindling investors for the IPO of Bankia. For this reason, the Prosecutor's Office requests five years in prison for him.