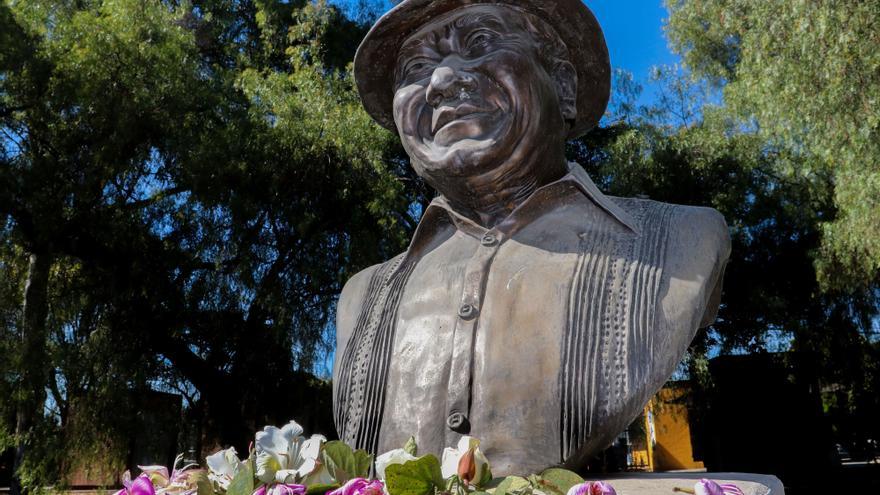 Mérida (Mexico), Dec 28 (EFE) .- The ashes of Mexican singer-songwriter Armando Manzanero, who died this Monday at a hospital in Mexico City due to complications with covid-19, arrived tonight in the city of Mérida, capital of the Yucatan state, southeast of the country.

The remains of Manzanero, who had turned 85 on December 7, arrived at the Mérida International Airport, his hometown, where he will be veiled in one of his houses.

It was his daughter, María Elena Manzanero Arjona, and his wife Laura Elena Villa, who arrived with the ashes of the composer whose work made Mexico famous throughout the world.

The urn was protected with a bag and both women left through a special door to avoid reporters and media who waited a few hours for their arrival.

“My husband did not want tributes (…) we are very hurt,” his widow Laura Elena Villa told Efe a few hours before and pointed out that the wake (wake) of the ashes would be a “very private” act.

The Society of Authors and Composers of Mexico, an organization chaired by Manzanero, summoned Mexicans to sing, at 8:00 p.m. local time, the song “This afternoon I saw it rain” from the windows and balconies, and announced that “it would not be carried out no face-to-face funeral act “and the body would be cremated.

Meanwhile, the mayor of Mérida, Renán Barrera, reported that in 2021 there will be a special tribute to the artist within the framework of the 479th anniversary of the city.

In the city of Ticul, in Yucatán, where Manzanero’s grandparents were born, Mayor Rafael Montalvo paid tribute to him by putting up loudspeakers so that everyone could hear “This afternoon I saw it rain.”

The composer, musician and producer died this Monday at 3.20 am (9.20 GMT) after several days intubated by covid-19 in a hospital on the outskirts of Mexico City.

Shortly after the news, authorities, artists and followers of Manzanero, 85, echoed and soon social networks were filled with messages of affection, sadness and surprise at the loss of the beloved singer-songwriter known as the king of romanticism.

One of the first was the president of Mexico, Andrés Manuel López Obrador, who distressedly interrupted his morning press conference when he heard the news.

The Mexican Government announced that, when the coronavirus pandemic allows it, a great tribute to the singer will be held at the Palacio de las Bellas Artes, the place where characters such as the singers José José, Juan Gabriel, Chavela Vargas or the Colombian writer Gabriel will farewell. Garcia Marquez.

Manzanero’s last public appearance was on December 11 in his beloved Mérida, capital of Yucatán, where he inaugurated the Casa Manzanero Museum.

Manzanero was an idol in Latin America, one of the kings of the romantic song, and composed some of the most famous songs and melodies of all time, among others “This afternoon I saw it rain”, “I adore”, “We are boyfriends” or ” I learned with you”.