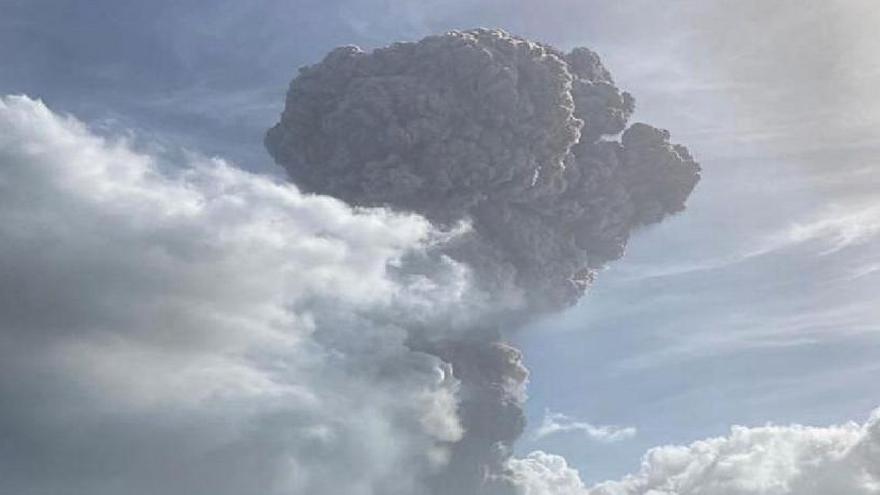 The ash cloud from San Vicente volcano, which erupted on April 9 on the Caribbean island, is still far from the Canary Islands. Despite the six thousand kilometers of distance that exist between this archipelago and the epicenter of this natural phenomenon, the State Meteorological Agency (Aemet) it monitors the movements of the cloud in anticipation that in one of the possible changes of direction it may head towards the Islands.

The agencies in charge of monitoring this phenomenon are the Volcanic Ash Advisory Centers (VAAC), which are distributed in different locations on the planet, specifically it is the VAAC of Washington that is issuing the updates and, as David Suárez, territorial delegate of the Aemet in the Canary Islands points out, “they announce in their last revision that the cloud moving west from Cape Verde. The models indicate that it would arrive in that area as of tomorrow (today for the reader), but looking at the satellites we see that it is still very close to the Caribbean area ”.

Also, the Canary Islands Air Quality Control and Surveillance Network, in charge of analyzing pollutants, has not detected any anomalous signal. "If the cloud arrived and it rained in the next few days, it would lead to acid rain, but it would not have a major impact as it was in small quantities", Suárez specifies.

However, this cloud would have some effects on aeronautics, since volcanic ash, due to its high cyclic content, would come into contact with the engines and could cause damage. David Suárez emphasizes that if the ash cloud were to reach the Archipelago, Aemet and the Government of the Canary Islands would issue the relevant notices, the aviation sector being the main affected.