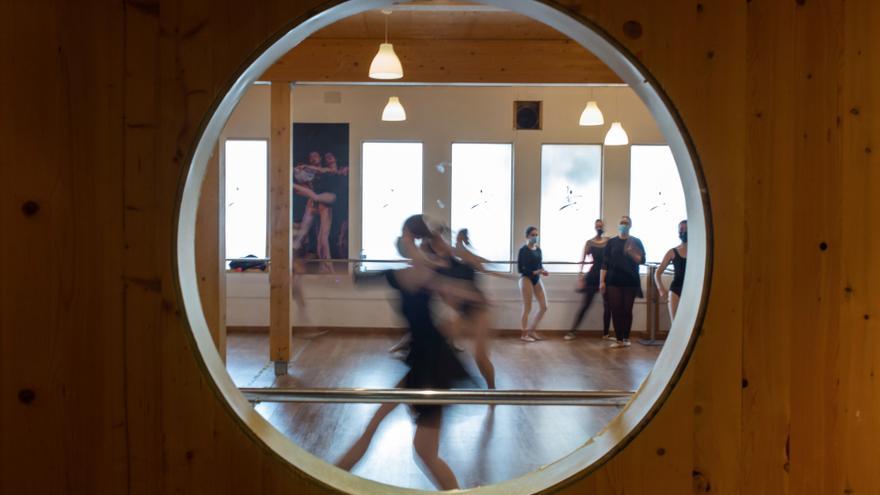 Malaga, Mar 13 (EFE) .- Andalusia is the place of inspiration for the Escuela Superior de Artes Escénicas de Málaga (ESAEM), where artists who have been dancing for the last two years at the Goya Awards gala, a center that he won the sponsorship of the actor Antonio Banderas and that he also “lends” some of his students to the Netflix audiovisual platform.

Madrid or Barcelona were the safest bets to start the school 16 years ago, its director, the Catalan Marisa Zafra, explains to Efe, who recalls that there were “insistence” to do so, but she wanted to nourish herself with “that Andalusian essence and malagueña “that dyed the award of honor to actress Ángela Molina red in the last Goya.

Since the school opened, this pioneer in artistic training has not forgotten her struggle every day for Antonio Banderas to “walk through the door and fall in love with the project”, which happened four years ago when the institution’s already consolidated trajectory, would change forever.

The Malaga-born actor – who acknowledged at ESAEM that he had never seen a school like this despite all the “tours around the world” he had taken – is a benchmark for many of the artists in training who are carving out their future in these facilities. where some of them are already actors in the Netflix series “Toy boy”.

Zafra remembers laughing when he told his students: “Guys, don’t relax because Antonio Banderas is coming” and they thought that “the clamp had gone away”, but he knew perfectly well that this was going to happen because “dreams are comply “; motto that they try to apply in school, but always with effort.

“Faith is the language of the heart and if you can listen to your ‘heart’, you will know where you have to go”, it reads with gold letters on one of the school walls, a reflection that the popular Barcelona singer Rosalía gave in a speech when in 2019 the ESAEM awarded him its Performing Arts Prize.

Benjamín Leiva is a flamenco dancer and associate professor at this school who, with another partner, choreographed the dance of the delivery of the Goya to Ángela Molina and who explains to Efe that the teachers of this pool of artists are active professionals who also to train them, they tell you about the working reality of this world.

One of the strengths of the school is, according to the director, “working with professionals of level, which gives students a projection and brutal wisdom”, alluding to trainers of the stature of Valentina Letova, the first dancer of the Company of Ballet Stars of Russia.

The projection of the center has been made palpable with the deployment of actors among other American artists and producers in its facilities on the occasion of the preparations for the musical “A Chorus Line” that opened the Soho Theater in Malaga or through current works with ” Plano a plano “, a Netflix production company that offers many professional opportunities to its students.

The name of Malaga and Andalusia could soon be heard in the United States, since ESAEM expects in a short time to finish consolidating its agreements with different university institutions in the country to settle there, a process that has been slightly slowed down by the pandemic.