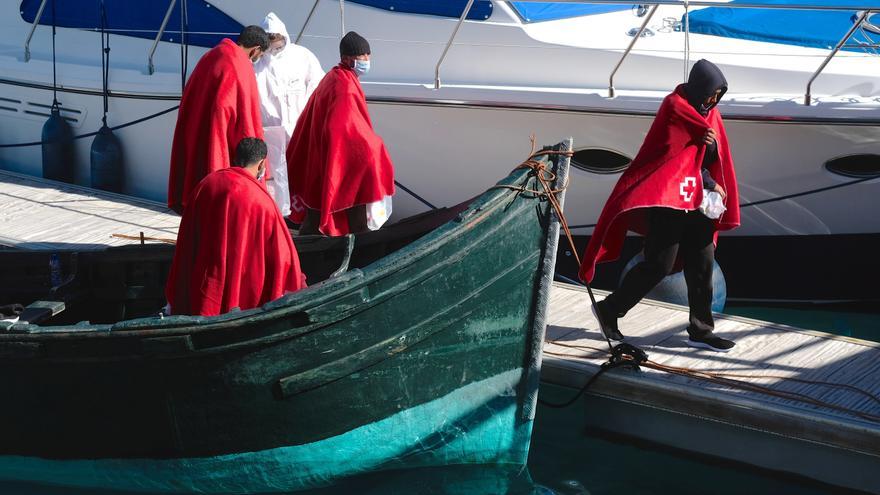 The arrival of immigrants to the Canary Islands has not caused an upturn in crime, according to the data offered this Thursday by the Government Delegation in the Canary Islands. Criminal offenses in the Islands fell by 6% during the last four months of 2020. The delegate, Anselmo Pestana, has pointed out that in the two months of greatest migratory pressure last year, October and November, crime fell by 1% and 3% respectively. In December, the decrease was 18.8%. In the province of Las Palmas, the reduction in criminal offenses has been 7.9% and in Santa Cruz de Tenerife, 16.8%.

According to a breakdown prepared by the National Police, there are 122 offenses committed by people arriving in boats and canoes in the Canary Islands. Of this number, 60 are crimes of falsification of documents. Of the other 62, 45 “are relevant in relation to security,” according to Pestana. Many of them are attacks on the immigrants themselves, robberies and thefts. “All these facts have been clarified and the persons responsible have been detained,” said the Delegation in a press conference held to dismantle the link between crime and immigration. An “interested” relationship. “We will see why there is this interest and who encourages it. Not everything goes in democracy to try to criticize the government, ” insisted the government delegate.

The Government Delegation has also asked for caution in the face of hoaxes that are disclosed through social networks and even some media and also in the face of false complaints against foreigners. “We have seen shared videos that correspond to Italy. Videos out of time, that correspond to two years ago and that do not correspond to the reality that we are living in the Canary Islands.” Some of these images have been disclosed by parties like Vox. “The opposition is not there to share falsehoods,” stressed Pestana.

Likewise, Anselmo Pestana has pointed out that some 20 complaints have been imposed related to the demonstrations against immigration that have taken place in recent weeks. In some of them the curfew was violated and the sanitary measures implemented to prevent the spread of COVID-19 were breached. Pestana insisted that hate crimes are prosecuted, but these sanctions are related to public health and the holding of protests without permission from the Delegation.

The “prison” of the Canary Islands

The Government delegate in the Canary Islands has also tried to deny that the Islands have become a prison for migrants. According to Anselmo Pestana, of the 27,000 people who have arrived by sea since the last months of 2019, 16,500 have left. “In the Islands there are more than 2,000 unaccompanied foreign minors and some 9,000 adults in different facilities of the Government of Spain.” The latest data from the Ministry of Migration showed that as of December 11 2,035 people had been referred. The Secretary of State for Migration explained that during the validity of the state of alarm, no transfer was made and 70% of the total referrals occurred in September, October and November.

In addition, the Ministry of Interior reinforced the police presence at Canary Islands airports to avoid leaving by their own means to other Autonomous Communities of migrants. Several migrants stated that, despite having their documentation in force, they were intercepted at the airport by agents of the National Police. In some cases they are released, in others, they are transferred to Foreigners Detention Centers. The Government delegate in the Canary Islands has recognized that these controls are related to the intention of deporting the arriving migrants. “They all have a return order, and they can be held at an airport or a shopping center.”

(There will be enlargement)