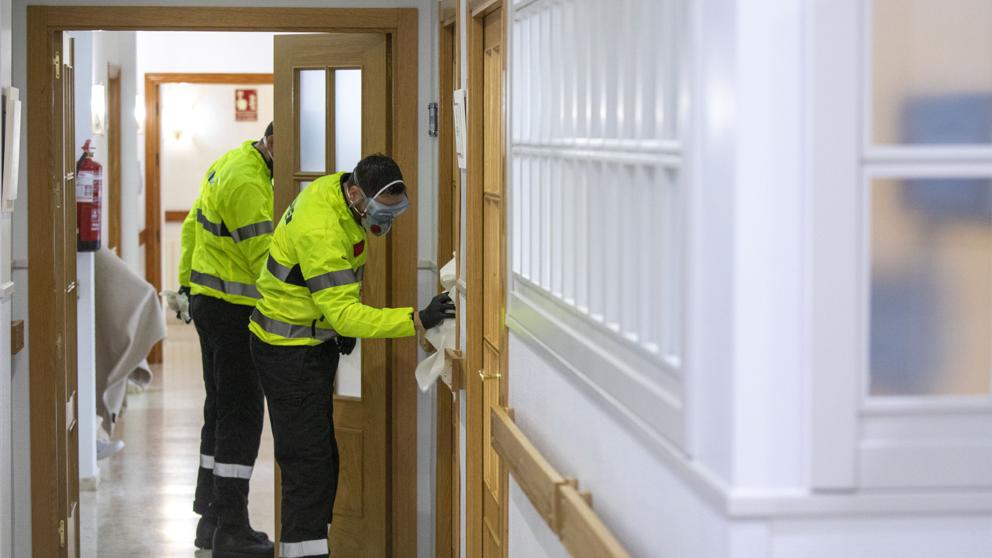 The Army has set itself as priority in her performance in the fight against the coronavirus the helps the elderly, for being one of the most vulnerable sectors of the population in this health crisis, and more after the troops of the UME will find deceased elderly people in some residences, who remained in their beds, living with other healthy older people.

The general Villaroya confirmed yesterday the existence of these findings, “I don’t know the reasons, but it is true that deceased people have been found in some residences” Jemad did not want to specify how many deceased or how many residences. What the UME has been to inform the prosecution of what happened, and it is the prosecution that is rea

Carrying out an investigation and will be able to say the causes of the corpses found there.

What Jemad made clear is that the Armed forces they act in these residences to disinfect them, but “cannot enter to replace any system which is very established in our country and which works well ”, he assured

Although yesterday the objective of the UME was to disinfect 92 nursing homes in numerous locations, in the end 130 were disinfected, and for today disinfections have been scheduled in 169 residences, which could, in the end, be more.

There are already 2,680 soldiers deployed in 135 locations throughout Spain

The Army had deployed yesterday to 2,680 troops in 135 different locations, dedicated, above all, to the disinfection of basic infrastructures, among which it has been determined that the nursing homes are located, scattered throughout the Spanish territory.

In addition to that task, the UME continued today the disinfection at Bilbao, San Sebastián and Vitoria train stations, as well as in the ports of Valencia, Alicante and Castellón. Likewise, the Army is helping the transfer of patients between hospitals and hotels, as is happening in Madrid, where modular stores for triage have also been installed in the Ramón y Cajal Hospital in the last few hours.

The FAS help the transfer of sanitary material to Melilla, Ceuta and the Canary Islands

Other Army missions in this operation include support for air transport to Ceuta, Melilla, the Canary Islands and Tenerife, for the transfer of medical supplies, as well as the distribution of food to the disadvantaged, in the city of Cartagena.

The Chief of the Defense Staff (Jemad), General Miguel Ángel Villaroya, stressed in the daily press conference of the technical committee created to follow up on the coronavirus crisis, that despite this deployment in Operation Balmis, the Armed Forces continue to provide their protection tasks to the population that are customary for them, from the Air Defense system, which continues to be fully operational, as well as the surveillance of maritime security carried out by patrol ships, and also the tasks performed by the 3,000 soldiers deployed in international missions, who remain in their posts.