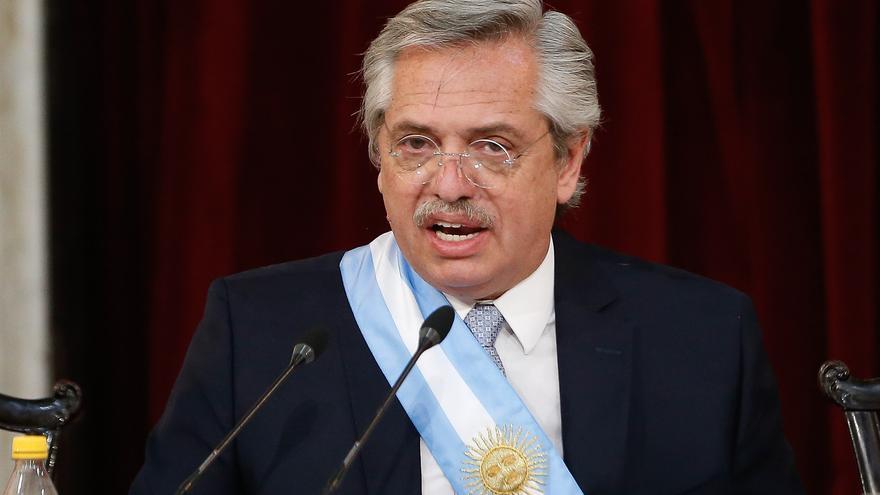 Buenos Aires, Jun 9 (EFE) .- The Argentine president, Alberto Fernández, attributed a phrase to the Mexican writer Octavio Paz (1914-1998) on Wednesday and generated a stir on social networks, where many users warned that the president erred in award the Nobel Prize a few words that best match a song by the musician Litto Nebbia.

"Octavio Paz once wrote that the Mexicans came out of the Indians, the Brazilians came out of the jungle, but we Argentines came from the ships," Fernández said in a ceremony with the Spanish head of Government, Pedro Sánchez, who is visiting official to Buenos Aires.

The president made that statement when referring to the waves of European immigrants that arrived in Argentina in the past -and that made up a large part of the identity of the country's society-, and it did not go unnoticed on Twitter, where the labels "Alberto", "Octavio Paz", "national shame" and "Litto Nebbia" became a trend.

CRITICS ON THE NETWORKS

Opposition deputy Francisco Sánchez, from the Republican Proposal party, recalled in a message that what Octavio Paz said is that "Mexicans descend from the Aztecs, Peruvians from the Incas and Argentines from ships," and said that what was expressed by Alberto Fernández is "irreproducible".

The musician Litto Nebbia, one of the greatest legends of Argentine rock, of whom Fernández considers himself an admirer and friend, has a song called "We arrived from the boats", in which he sings the following: "The Brazilians come out of the jungle, the Mexicans come from the Indians, but we Argentines come from the ships. "

"Poor Octavio Paz. He is not to blame," wrote Pablo Avelluto, who was Minister of Culture of the Government of Mauricio Macri (2015-2019).

In the midst of the commotion, Fernández himself chose the same social network to answer: "It was stated more than once that 'Argentines descend from ships.' In the first half of the 20th century, we received more than 5 million immigrants who they lived with our native peoples. Our diversity is a pride, "he wrote.

"I did not want to offend anyone, in any case, who has felt offended or invisible, since now my apologies," he concluded.