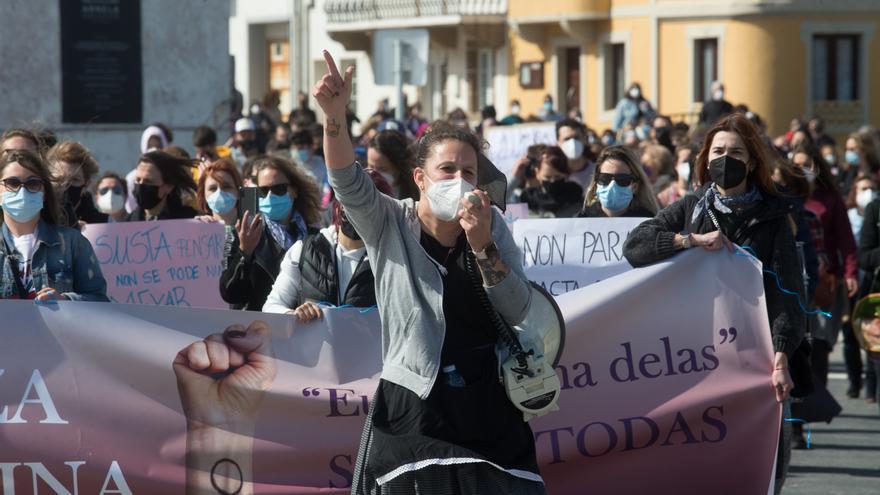 The Viveiro court has decided archive the investigation of the recording of dozens of women who urinated in an alley in the Lugo town of San Cibrao in 2019. A provisional dismissal dictated by the judge understanding that the women were on public roads and that, therefore, it is not possible to speak of a crime against your privacy. The decision, which will be studied by the Lugo Provincial Court, is based on cases such as the espionage of a Seville basketball team on its workers in 2004 and on an interpretation of the crime of revealing secrets that does not fully coincide with that of the Court Supreme Court or the Prosecutor’s Office.

Judicial sources and the Prosecutor’s Office consulted by elDiario.es understand that in the case of the Lugo pilgrimage, the context would allow, at least, to keep the case open and to launch proceedings to try to identify who uploaded the videos and placed the cameras , assuming both are the same person. These same sources understand that, incidentally, one can speak of a crime against privacy even if it were a public place since the women who urinated in the street looked for a little-frequented alley and, therefore, some privacy.

The judge’s decision has been taken against the criteria of the Prosecutor’s Office and clashes with the less rigid interpretation that the Supreme Court has made in similar cases, although the circumstances were not identical. In a sentence of February 2020, with a presentation by Manuel Marchena, the judges confirmed a fine of 1,080 euros to a man who sent an intimate photo of his ex-partner to her new boyfriend: a conviction for the crime 197.7 of the Penal Code in which the judges invited not to be so rigid when interpreting the spatial delimitation of the crime.

The condemned man questioned in this case, for example, whether it could be considered an invasion of his privacy since he was a “mere nude” sent precisely to his current partner. The judges then replied that the object of this crime “is not made up of images or recordings of a marked sexual nature. It is projected on any manifestation of privacy that wants to protect itself from third parties.” A sentence in which they also called for a less rigid interpretation of the allusion to the intimate place where the images would have been obtained.

The Prosecutor’s Office had reached a similar conclusion three years earlier in its circular 3/2017. Still referring to article 197.7, the Public Ministry argued that the expression “place beyond the reach of the gaze of third parties” may include “a place in the open air, although in this case it would have to be proven that it has sufficient guarantees of privacy (.. .) in a context of strict privacy and removed from the perception of third parties unrelated to them “. For the Prosecutor’s Office, therefore, it is not valid to dismiss any type of criminal action because everything happened in the open air. Following this criterion, it would be necessary to examine whether they sought sufficient privacy in the alley where they went to urinate. Judicial and prosecutorial sources affirm that this specific reasoning could be applicable to this case through article 197.1, at least with a view to launching an investigation procedure. In an interview on Cadena SER, the courtroom prosecutor Teresa Peramato has spoken in the same vein.

The order in which Judge Muñoz confirms the case file cites three main antecedents in which he supports his theory that there is no crime since everything has occurred in a public space on the A Maruxaina festival in the north of Lugo. There are three cases in which, for example, there was no recording of the intimate parts of the complainants. One of them is the file in 2004 of a case surrounding a basketball team in Seville that hired detectives to follow club workers: “The clandestine or inconsequential obtaining of images in public places or outdoors must have an extra-criminal response “, said then the Hearing of Seville. In that case, no type of intimate image was captured: it was “a tedious succession of follow-ups or observations made to taxpayers in open or publicly accessible places.”

The second case that the judge who has archived the publication of images of the Galician girls is that of a woman from Jaén who hired a private detective to follow her husband on suspicion that he was being unfaithful. The detective photographed her husband kissing another woman and she bounced that image to various contacts on WhatsApp. In that case, it was not considered a crime either: “Therefore, the privacy of the complainant cannot be considered violated when she has not reserved that relationship that she had with the spouse of the accused to a reserved or private sphere,” said then the Hearing of Jaen.

The third and last case that the judge puts on the table comes from Pontevedra. A man was accused by one of his neighbors of violating his privacy with a security camera pointed at the door of his house without his consent. “The clandestine or non-consensual obtaining of images in public places or outdoors must have an extra-criminal response,” the Justice reiterated in this case as well.

Lucía Avilés, spokesperson for the Association of Women Judges, defends that a differentiation between public and private spaces cannot be established without further ado because there are places in the open that are chosen looking for privacy. “I believe that here the delimitation between private and public space is constructed in a very rigid way”, explains this magistrate practicing in Catalonia. “Even being formally a public space, the truth is that women in this particular case are looking for a certain intimacy to relieve themselves,” she reasoned about the case of Lugo. He explains it like this: “For example, when we are in an open-air celebration where there is no other place to go to the bathroom, we go in a group precisely to protect ourselves from the gaze of others and from what may happen to us.” According to her thesis, at that moment it is a public space in which “these women are creating that space of intimacy.” “I think it would fit into what the Constitutional Court defines as privacy, it is a reserved area, excluded from the knowledge of third parties against their will,” he concludes. For the magistrate, there is also a debate that underlies the legal one “and it is the responsibility of public entities to guarantee that public spaces are safe for women.”

All this is related to the processing of the case by criminal means to bring the author of the recordings to the bench, but the judge raises the possibility of going to the civil route. An option that would also require an identification process of the author and that could end with a financial sentence to compensate the victims, without jail time. This type of clandestine recordings in a public place, the magistrate recognizes in his car, “will have their sanctioning treatment in civil law under the provisions of LO 1/1982” of civil protection of the right to honor.

The use of personal or intimate images without the person’s permission, especially if it is not a public figure, usually results in some type of legal compensation through civil law. As established the Supreme Court in 2017, it is illegal even to use without permission a photo from the Facebook account of the protagonist of a news story.