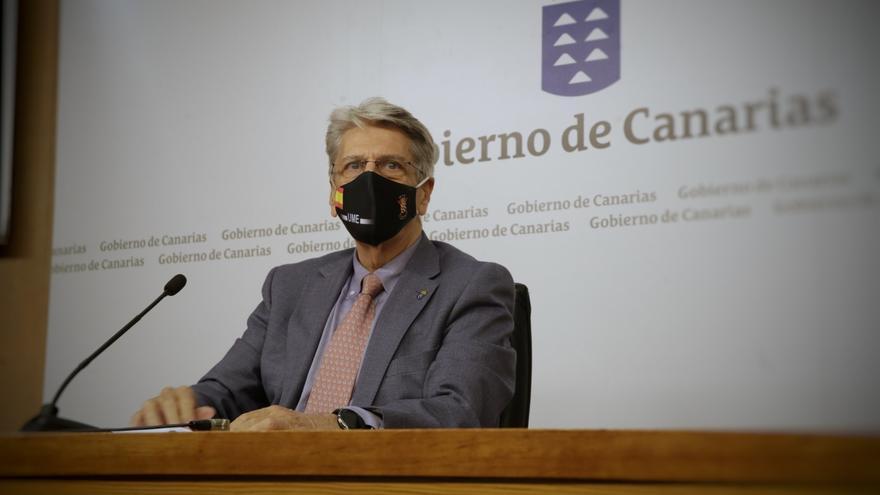 The Canary Islands rule out adhering to the perimeter closure that all the autonomous communities have agreed to with the Ministry of Health. “With current data it is not foreseeable that the Government will agree to close the perimeter of the entire Archipelago during Holy Week,” said the spokesman for the Government of the Canary Islands, Julio Pérez, in a press conference after the Government Council. An intervention in which he added that, in the event that a situation should occur that requires a closure, the Government of the Canary Islands would maintain the “exceptions of different islands.” That is, during Holy Week, the Canary Islands may continue to receive tourists, people who want to return to see their families or for justified reasons. Of course, always taking into account the rules of arrival to the Islands, which include the presentation of a negative active infection detection test (PDIA), that is, a PCR or an antigen test, carried out in the previous 72 hours. In the case of international tourists, they must also present it at the tourist accommodation. And although it will continue to receive tourism, the Government of the Canary Islands plans to adopt “additional restrictions” to those currently in place during those days in late March and early April. Julio Pérez did not want to advance the measures, although the Government considers that they are similar to those that were imposed during the Carnivals.

The evolution of the pandemic is “favorable” in most of the Islands, except for two, and this was stated yesterday by the spokesman for the Executive. On the one hand, the situation in Fuerteventura is worrisome, where there has been a progressive increase in new cases which, yesterday was reflected in a hospital admission of five people at the same time and in an increase of 12 cases. In fact, this is what has caused it to go from level 1 to level 2 in the Canary Islands risk traffic light. However, the situation in Tenerife is even more disturbing. “It does not get worse but it does not improve either,” said Pérez, who recalled that it is a situation that has been warning for a few weeks. Yesterday, with 77 new positives, Tenerife accumulated 475 weekly cases of coronavirus, the highest number after the Christmas decline. This number marks an increase in weekly cases of 6.7% which, even though it is lower than in previous periods, continues to represent an increase without pause.

Better situation in the rest.

And it is that the same has not happened with Gran Canaria, where after Carnival the data showed an increase in cases, which, however, have remained at a specific peak. The island added 66 new cases yesterday, which represents a reduction of 5.4% compared to the previous week. Weekly cases amount to 490, almost 20 less than in the previous one. Lanzarote added eight cases and maintains its decline, La Palma five, El Hierro and La Gomera one.

16 admissions in one day.

But if there is one indicator that shows the worsening of the epidemiological situation, it is healthcare pressure. Yesterday, throughout the Canary Islands, 16 people entered one of the hospitals. Only seven did so in Tenerife, which already accumulates 187 coronavirus patients in its hospitals – an increase of 33% compared to the last two weeks -, six in Gran Canaria – which remains in figures below those relative to 15 days ago – and another five in Fuerteventura, which already has six. In the last hours, the death of a 79-year-old woman in Gran Canaria, linked to a family outbreak, has been reported. She remained hospitalized, suffered from previous pathologies and had experienced a worsening of her clinical condition.