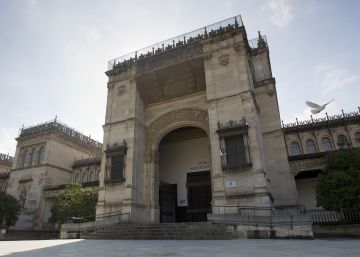 Opened in 1946 in the former Fine Arts pavilion of the Ibero-American Exhibition of 1929, a spectacular neo-Renaissance building designed by the regionalist architect Aníbal González, the Archaeological Museum of Seville dismissed on Wednesday a dark stage of its history with the unlocking of its integral rehabilitation . A milestone that comes to correct the profound deterioration of a headquarters whose state of conservation prevents, for more than a decade, expose with full guarantees of security some of the most important archaeological jewels of the South of the Iberian Peninsula. His exemplary case, at the head, is that of Treasure of the Carabolo, wonder of Tartessian civilization formed by 21 pieces of gold and that should be the star of the collection (but that until today is guarded in the vault of a bank).

In this way, the Archaeological will definitely close its doors on January 12 to prepare its rehabilitation, a project designed by the architect Guillermo Vázquez Consuegra that the Ministry of Culture will cover, as head of the museum; while the Junta de Andalucía will proceed to the work of inventory, packaging and evacuation of its collection, encrypted in one million pieces. These cataloging works, which will have a duration of one year, will culminate at the beginning of 2021, date scheduled by the regional government to inaugurate an exhibition in the former convent of Santa Inés, which under the title Open for works, will host a selection of his most outstanding works as the transitory headquarters of the museum.

The Minister of Culture of the Andalusian Board, Patricia del Pozo, yesterday announced the transfer of the pieces at the museum’s headquarters next to the monumental Diana Cazadora, a piece from the Italian archaeological site that remains in the Seville museum without moving since 1947. In this regard, the Counselor confessed that it is a move of “large scale”, in which “the requirements of safety, transport and control of the environmental parameters will be strictly respected in order to preserve the collection with all the guarantees during the transformation of the building” .

In the packaging process, 16,000 approved boxes and containers will be used, in addition to almost another thousand wooden boxes that must be manufactured especially for the occasion. All this will be guarded in the Logistic Center of the Cultural Heritage of La Rinconada (Seville).

The project of rehabilitation of the Archeology of Seville began to take shape in 2007, when the first steps between both Administrations started and a museological plan was drafted, approved by both the Ministry and the Ministry of Culture. This document was the “basis” for the ideas contest called in 2009 for the contracting of the design of the rehabilitation of the property and the modernization of its facilities.

After that in 2010 said contest was resolved in favor of the proposal presented by the Vázquez Consuegra study, whose initial design would involve works and improvements for an amount of approximately 36 million euros, Patricia del Pozo recognized the “budgetary difficulties” that marked those years (alluding to the economic crisis of 2011) and “the austerity measures to which the public administrations were subjected”.

In this way he justified that, despite the choice of the architectural project, the contracting of the works of execution of the same “did not have continuity” in the State’s general budgets (PGE) of those years — between 2010 and 2018—. However, and according to the Andalusian Minister of Culture, in May of last year the project was finally “recovered” and Vázquez Consuegra was entrusted with a “modification” of the project, whose cost has been calculated at about 20.7 million, 15 less than those budgeted in the original project. According to the new forecasts, the Archaeological Museum will reopen its doors at the end of 2022.