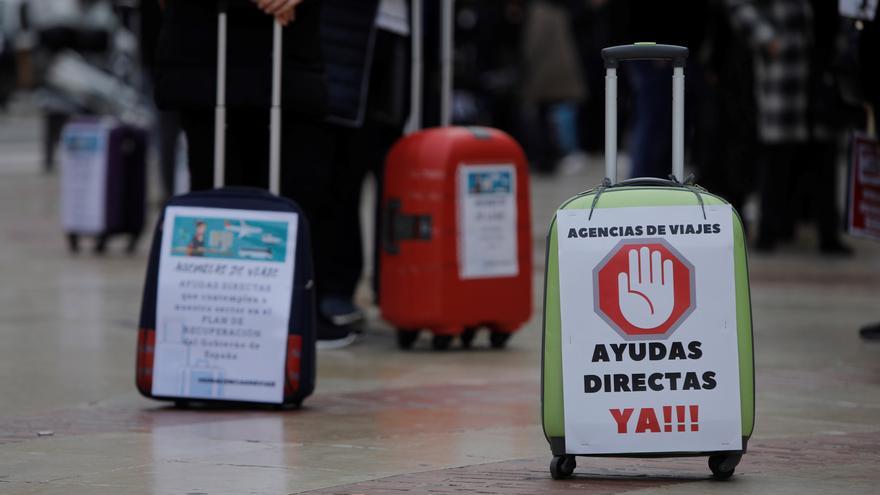 Overnight stays in tourist apartments fell by 67.1% in 2020. The fall was somewhat softer than that of hotels, which closed the year of the pandemic with a fall of 73.3%. This is clear from the data from the December non-hotel occupancy survey, published today by the INE, and the hotel tourism situation, the results of which came out last week.

The total number of tourists that our country received will not be known until this Wednesday, but only between January and November the loss was 61 million. Spain received 18 million foreign tourists in the first eleven months of 2020, compared to 79 million in the same period of the previous year. We will close the year with less than 20 million foreign tourists, the worst figure since 1990.

Rural tourism campsites and accommodation weathered the crisis better than the rest. Overnight stays in campsites decreased 46.7%, while those of rural tourism fell 46.4%. The shelters had a worse time: the fall was 74.9%. Of all the types of accommodation, campsites were the only ones that increased prices: 1.9%, compared to rural tourism (-1%), apartments (-4.4%) and hotels (-6%).

Overall, overnight stays in non-hotel tourist accommodation (apartments, campsites, rural tourism accommodation and hostels) were 52 million. Among Spanish and foreign tourists, the fall is much higher in the latter: 72.4% compared to 33.7%.

The tourist spots with the lowest fall

Tazacorte (La Palma), Alajeró (La Gomera), La Iruela (Jaén) and Border (El Hierro) are the tourist spots where non-hotel accommodations have best weathered the crisis. In Tazacorte there were 13,000 overnight stays in 2020, only 9% less than the previous year. In the other three municipalities mentioned, the fall was less than 30%.

At the opposite extreme are Palm (Majorca), Alfaz del Pi (Alicante), San Miguel de Abona (Tenerife) and Fuengirola (Málaga), whose percentage of fall exceeds 80%. The case of Palma is particularly dramatic, which went from having 1.9 million extra-hotel overnight stays in 2019 to 7,357 in 2020, according to INE data. The drop is 96%.

These data are reflected in the employment data. The Communities most dependent on tourism are the ones that lost the most jobs, with the Canary Islands (-12%) and the Balearic Islands (-8.1%) leading the way.