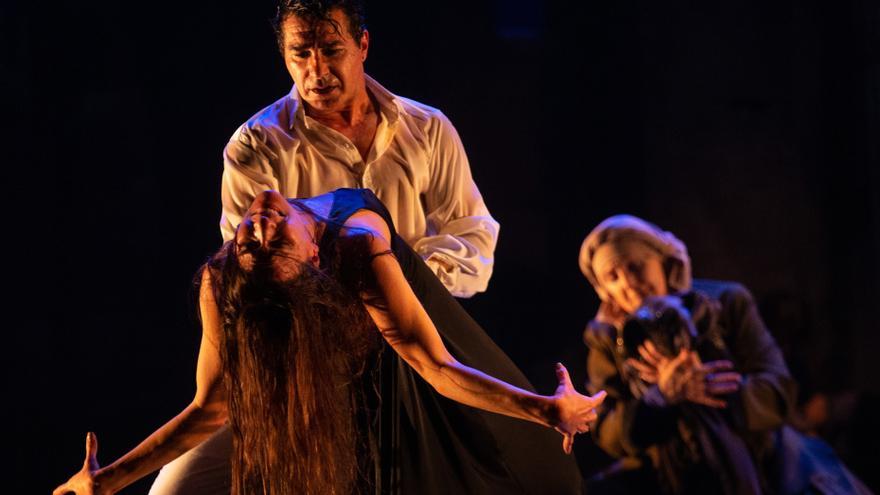 Barcelona, ​​May 3 (EFE) .- The Antonio Márquez company brings “Medea” to the stage when 35 years have passed since the premiere of this iconic piece of flamenco ballet and it does so in Barcelona with a remastering of the orchestral recording, as well as a new scenery and a new wardrobe.

Antonio Márquez, founder of the company, declares to Efe that before the premiere he feels “excited” to “return to the stage after everything that happened” as a result of the coronavirus pandemic.

The dancer and choreographer assures that the company arrives in Barcelona at a “complicated” moment, but asks that the public “be brave”, since, he affirms, “there is no type of risk”.

“Medea” arrives at the Tívoli Theater in Barcelona with a cast of twenty-three dancers of which Antonio Márquez is the protagonist, playing the role of Jason, and with the special collaboration of the Catalan dancers Helena Martín, as Medea, and Lupe Gómez, as the Nurse .

The work can be seen between May 4 and 9 in a version that, according to Márquez, tries to be as faithful as possible to what José Granero, known as El Maestro, created in 1984.

“Medea” is considered one of the reference works of the 20th century and the same year it was released it was awarded the New York Critics’ Prize for best ballet of the season, after its presentation at the Metropolitan Opera House.

For Márquez, this piece has not been performed as often as it should.

“If we were in the United States, this play would be on Broadway since 1984,” he says.

“Medea” is part of a program that is completed with two premieres by the company: “Symphonie espagnole (4th mov)”, with music by Édouard Lalo and choreography by José Granero, and “Macadanza”, with choreography by Javier Palacios.

The program also includes “Bolero”, one of the company’s most successful choreographies, with music by Maurice Ravel and choreography by Antonio Márquez y Currillo, a piece that, explains Márquez, since its premiere in 2005 “has gone through everyone the corners of the world ”and“ it is always a success ”.

According to Márquez, the illusion of returning to the stage does not prevent the company from living the current moment “with anguish”, since, he criticizes, the situation of the dancers is very complicated and precarious.

He denounces the lack of direct aid to dance and regrets that many professionals, “after rehearsals, go to teach or work at Zara or Mercadona.”

The economic situation of the company is in deficit and taking the work to Barcelona has been “a total risk” that the company has faced “only so that the dancers can leave”, concludes Márquez, excited.