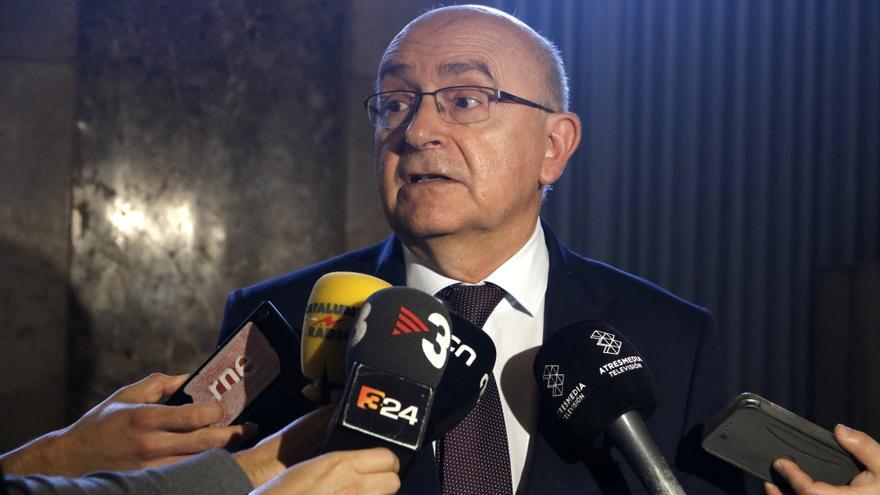 “We have to make it look”. In these terms, the director of the Anti-Fraud Office of Catalonia (OAC), Miguel Ángel Gimeno, has expressed himself to lament the excess of emergency contracting to large companies by the Government and municipalities with the excuse of the pandemic. According to Gimeno, emergency contracting could be justified in the first months of a health emergency, but after ten months the administrations should return to public tenders with criteria of free competition between companies.

“The easiest position has been chosen,” Gimeno has stated about the Government’s emergency contracts, which only during the first two months of the pandemic amounted to 65 million euros dedicated to hospital beds, computer licenses or veterinary services. Asked by him controversial contract with Ferrovial To privatize the case tracking service, Gimeno has criticized that the multinational is not a “specialist” in health matters, but rather that as in the case of other emergency contracts, being a large company it has “more capacity” to win them because of its knowledge of the administration.

Gimeno recalled that Ferrovial was not a specialist in COVID-19 contact tracing, a task for which she was hired. “They have limited themselves to managing by training people who did not have it, but without a special technique on a particular subject,” he indicated, in addition to criticizing the Government’s decision to “suspend” the contract with Ferrovial –which subsequently came back into force. For Gimeno, the suspension of the contract “collides with the imperative need” to sign it for emergency reasons.

In Gimeno’s opinion, “it is not a question of general suspicion of everything, but of extreme demands in hiring”. For this reason he has advocated a “permanent audit” to verify that the emergency hiring responded to a certain policy and if they have worked or not. The director of the OAC has also missed the explanation of why some subsidies. “We do not know if the policies to favor certain economic sectors, or that have needed benefits or subsidies, respond to a policy and if it has worked or not,” he asserted. Another measure proposed by Gimeno is that all the general directions of the ministries are assumed by technicians instead of politicians to guarantee that decisions are carried out “in accordance with the general interest.”

Antifraud published a guide on public procurement during the pandemic and recommended that each institution incorporate a tab in its Internet portal where it reports on the procedures related to COVID-19. In this section, the details of a contract should be detailed, justify its urgency and the choice of a specific company. “That they explain it”, has settled the director of the OAC.

The director of the OAC made these assessments during the presentation of the biannual survey on the perception of corruption in Catalonia. The data show a slight improvement in the vision of citizens, although the indicators show that 67% of Catalans believe that there is a lot or a lot of corruption – in 2014 it was 82%. “It is a too high percentage and not very satisfactory,” Gimeno said.

The area that fares the worst is politics: 53% of those surveyed believe that there is little or no honesty among professionals in politics and 76.5% believe that corruption is very or quite widespread in the political arena, although the percentage of people who believe that parties are financed illegally decreases (from 52% to 43%). Furthermore, 41.3% of those surveyed see too close links between business and politics, and 37.2% believe that there is a lack of transparency in public decisions. There is also 85.1% who affirm that relations between public officials and interest groups are little or not at all transparent and 59% who consider that Catalan public administrations are little or not at all transparent.