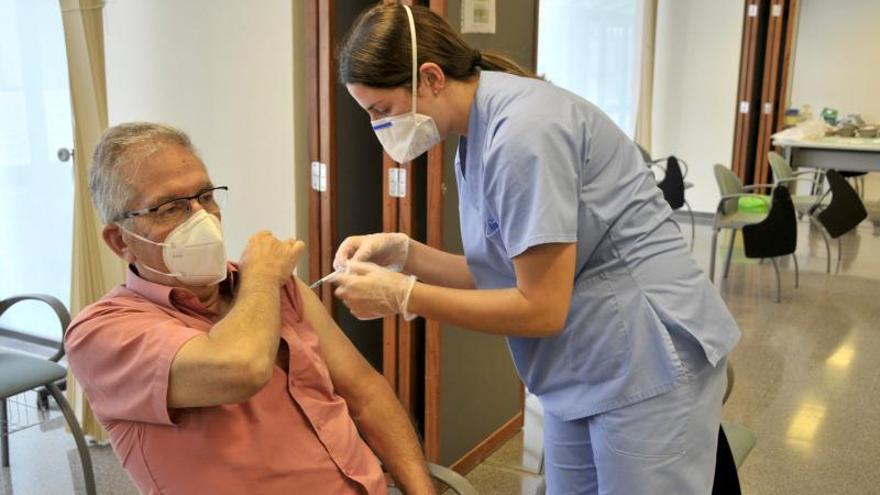 Also, the department of the regional Executive specified this Monday that this new resource will not alter the order of the immunization campaign, so the appointments will be given depending on the opening of each age group. Interested persons can access the address www.canariassevacuna.com and provide their full name, ID and a contact telephone number. The information will be compared with the database of the health card and, within a period ranging from 24 to 48 hours, users will receive an SMS with the prior appointment.

Until last Sunday, professionals from the Canary Islands Health Service (SCS) had administered 956,255 doses of vaccines against the pathogen, which represents 94.8% of the 1,007,870 received up to that date. In the course of the last week, 115,127 injections were inoculated.

Until that moment, 306,587 people had been immunized, so that 16.39% of the target population – 1,871,033 inhabitants – had already completed the guideline. In addition, in the Archipelago there are already 673,031 users who have received at least one dose of the compounds, that is, 35.97% of those called to the campaign.

As confirmed by the Ministry on Monday, the region received 90,390 units of serum yesterday, of which 78,390 correspond to the product developed by Pfizer and 12,000 to AstraZeneca. The number of Janssen and Moderna vaccines that the Ministry will send this week is still unknown.

After completing the inoculation with two doses of groups 1 and 2, users and nursing home workers and first-line health professionals, the activity continues with the rest of the groups.

Thus, group 4, that of people with a high degree of dependence, is already 94.41% immunized with the two punctures, while 66.1% of the members of the fifth group – vulnerable people – have already concluded the regimen and 97.3% have agreed to at least one dose.

For their part, 100% of group 3 – health workers who do not work on the front line – already have one dose and 27.8% have the two indicated. On the other hand, group 6, made up of 66,000 people, including teachers, firefighters and policemen, among other essential professionals, is inoculated at 60.29% with an injection.

Regarding the seventh group, the one assigned to the population under 60 years of age at risk of suffering from severe symptoms of the virus, it must be said that 11,520 people have already been vaccinated with one dose.

On the other hand, 100,981 users between 60 and 65 years old have accessed the first puncture, which represents 63.45% of the total members of this group, which makes up the eighth group of the Immunization Strategy.

Finally, 78,076 members of group 9, that of the population between 50 and 59 years old, have already received an injection.