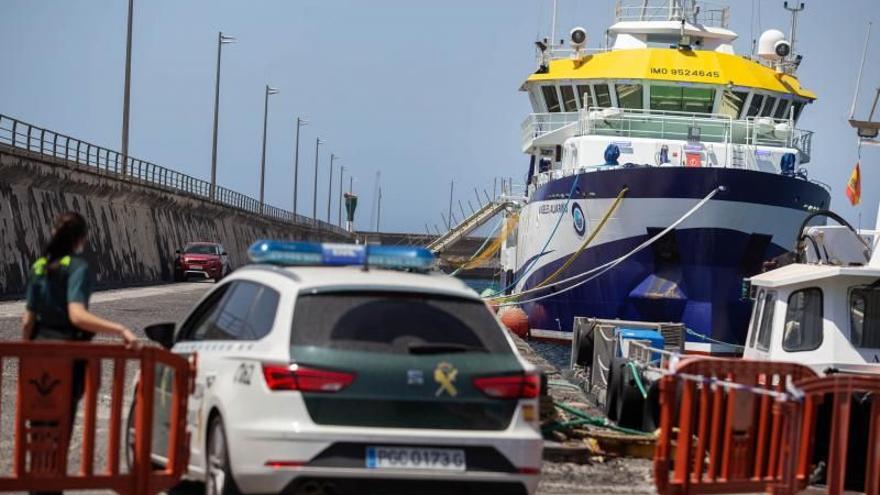 The ship of the Spanish Institute of Oceanography “Angeles Alvariño” will extend until this Thursday the tracking tasks in search of Tomás Gimeno and his 1-year-old daughter, Anna, which resumed on Monday after being inoperative for a few days due to a breakdown.

This was announced by the Government delegate in the Canary Islands, Anselmo Pestana, in one of the events in which he accompanied the Minister of Economy, Nadia Calviño.

After a press conference offered by Calviño and the Canarian president, Ángel Víctor Torres, Pestana has reported that this oceanographic ship will finish this Thursday “an almost third extension of its work in the Canary Islands” within the framework of the judicial investigation opened after the disappearance of Tomás Gimeno and his two daughters and that has made it possible to find the corpse of the eldest so far.

In this way, the ship of the Spanish Institute of Oceanography ‘Ángeles Alvariño’ “will speed up to the maximum the research commitments that it has in other areas of the country,” said Pestana, who thanked “the generosity that the Ministry of Science has had“with the instruction of this case of sexist and vicarious violence.

In the opinion of the Government delegate in the Canary Islands, the “unprecedented” intervention of a resource of these characteristics, together with the great commitment of the Civil Guard team that participates in the search work, have allowed this investigation to “bear fruit”.

“It has been fortunate to be able, at least, and unfortunately, to clear doubts and not have one more case of disappearance of children opened in the Canary Islands“, has referred Anselmo Pestana.