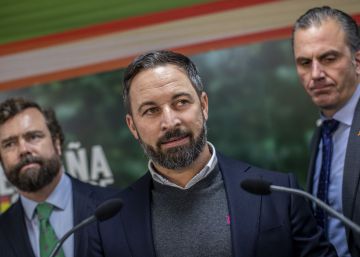 After the general elections, come the analyzes of those responsible for the parties or, as Tom Wolfe would say, the vanity fair, not to mention John Kennedy Toole and his conspiracy of fools.

The first reaction is to find the culprit of the corresponding defeats which, of course, is always the other, except in a case of impossible alibi. None notes that among the electorate there is a notable percentage of citizens who have voted on several occasions to one of the most corrupt parties in Europe, the PP, or to radically contradictory right-wing extremists, capable of signing architectural projects without having the title, to sell what was done without a license or to advocate for the disappearance of autonomies after having lived off them. Hairs to the sea.

Bonuses, lofts Illegal, one million in the closet attic … what is that in front of "Gibraltar, Spanish"? No leader has considered that the Vox boom is also due to the increase in one million citizens who have voted for them in the second elections in six months. No one accepts in public that there is an important sector of citizenship that does not give importance to stealing, transgressing the rules or considering that the country is their own property. If they steal or transgress, it is clear that there is an open bar and, therefore, tax fraud is worth it, cutting the highways or denouncing the lack of freedom from a watercourse in Waterloo.

Political scientists will try to explain the results. Professional TV shows will have found a new reef and no one will remember the best analyst: Gurb, always, of course, to overcome his understandable aversion to visit us again.