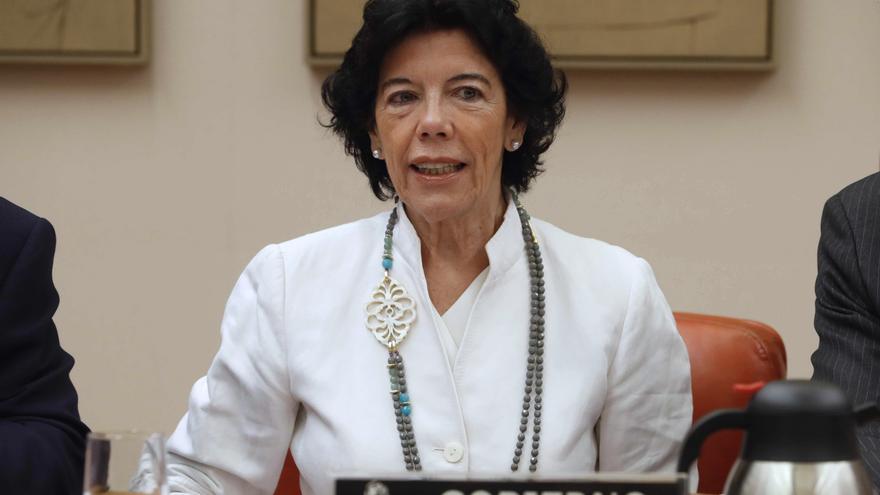 The text agreed between the PSOE, UP and ERC to protect language immersion in Catalonia through the LOMLOE (the new Education law intended to replace the LOMCE) eliminates the reference that “Spanish and the co-official languages ​​are considered to be vehicular languages ​​”and establishes that” the educational administrations will guarantee the right of students to receive education in Spanish and in the other co-official languages ​​in their respective territories, in accordance with the Spanish Constitution, the Statutes of Autonomy and the applicable regulations “.

The text, to which this newspaper has had access, barely removes 16 words from the previous wording (“Spanish and the official languages ​​are considered vehicular languages”) to change the meaning of the additional provision that contains it, according to sources. of the parties that have agreed to this change. This amendment will be voted on Thursday in Congress and is expected to go ahead.

This change responds to the concern, mainly from Esquerra Republicana de Catalunya (ERC), who thinks that the previous wording, with the removed phrase on vehicular languages, went against the Catalan linguistic immersion program, through which all teaching is taught in that language (although the courts have established that families who so wish have the right to 25% of classes in Spanish). The PSOE appeals to normalize a situation currently judicialized and UP to “depoliticize the language.”

According to experts, the measure, if finally approved, will not entail major changes in the Catalan school because the families that ask for Spanish are a minority and because the Justice already entered the issue at the time and has not wanted to exceed that 25%.

The layout being changed yes it keeps the references that “at the end of basic education, all male and female students must achieve full and equivalent mastery in the Spanish language and, where appropriate, in the corresponding co-official language” and that “the educational administrations will apply the instruments of verification, analysis and control of the educational system and will promote the performance of analyzes by the centers, so as to guarantee that all students achieve competence in linguistic communication, in Spanish and, where appropriate, in the co-official languages, to the required degree Likewise, they will promote the adoption by the centers of the necessary measures to compensate for the deficiencies that may exist in any of the languages ​​”.

Ignacio Marco-Gardoqui: Give the prawn hard

Montero slides in the spending ceiling another tax increase for 2022