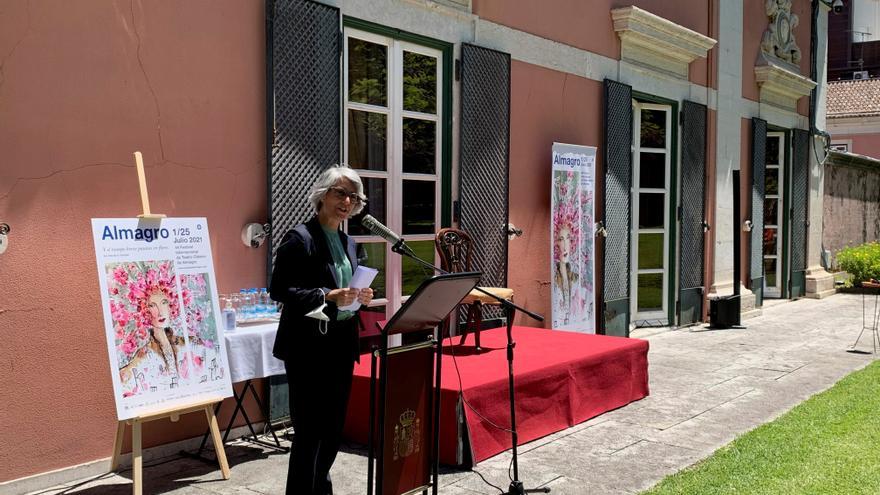 Lisbon, May 25 (EFE) .- The Almagro International Classical Theater Festival, held every summer in that town of La Mancha (Spain), will emphasize the Iberian nature of the Golden Age in its 44th edition, in the one that will recover its international character and that has Portugal as a guest country.

After the commitment of recent years by the authors and by the creations of America, the contest, one of the most prestigious of the Spanish theatrical summer, wants to “give a firm impulse to the Iberian nature” of the creations of the sixteenth and seventeenth centuries , explained its director, Ignacio García, in the presentation of the festival held today at the Palhavã Palace in Lisbon, residence of the Spanish ambassador.

At that time, “theater companies came and went, the Portuguese wrote in Spanish and the Castilians in Portuguese,” García recalled.

The 44th edition, under the motto of “And the short time you will spend in flowers”, a verse by Sor Ana de la Trinidad, is held between July 1 and 25 and recovers days of exhibition after the shorter version forced last year for the pandemic.

In this edition, 84 functions of 38 companies from eleven Spanish autonomies and Portugal have been programmed. It will have eleven premieres, seven of them absolute.

After the presence of Colombia (2018) and Mexico (2019), Portugal attends as an international guest with the São João National Theater and companies from different Portuguese territories.

Four premieres stand out in the Portuguese program: “Famous Entremés sobre da pesca do río Miño”, by the Braga Theater Company and the Galician Dramatic Center; “Embarcação do inferno”, by A Escola da Noite and Centro Dramático de Évora; “Esta trabalhosa vida”, by Os Musicos do Tejo, and “Castro”, by the São João National Theater.

In addition, the agenda includes an exhibition of drawings of Women of the Golden Age made by the Portuguese José Manuel Castanheira -also the author of the image on the poster-, and a series of conversations “Iberian Dialogues Encounter”.

García explained to Efe that he does not have an estimate of how much Portuguese public usually attends the festival but expects “a significant rise” this year.

“The companies have their followers and we are sure that it will attract the public,” Garcia said, confident that it is not a bet just for this year but “to open the door for continued collaboration.”

CONFIDENCE AFTER THE PANDEMIC

The presence of Portugal will allow “trying to reopen the borders and regain confidence in ourselves,” said the president of Castilla-La Mancha, Emiliano García-Page, who opted for “a very optimistic edition” after the harsh impact the pandemic has had on culture.

“We propose that a new cycle of cultural reindustrialization begins, because there are many linked jobs and it is a spiritual and moral need of the human being and a hallmark for other economic factors such as tourism,” he defended.

For the Portuguese Minister of Culture, Graça Fonseca, the festival constitutes “a stimulating universe not only of discovery for the public but of exchange and sharing experiences” for companies.

“It is essential to return to the stage, have confidence and have culture in the streets,” he said.