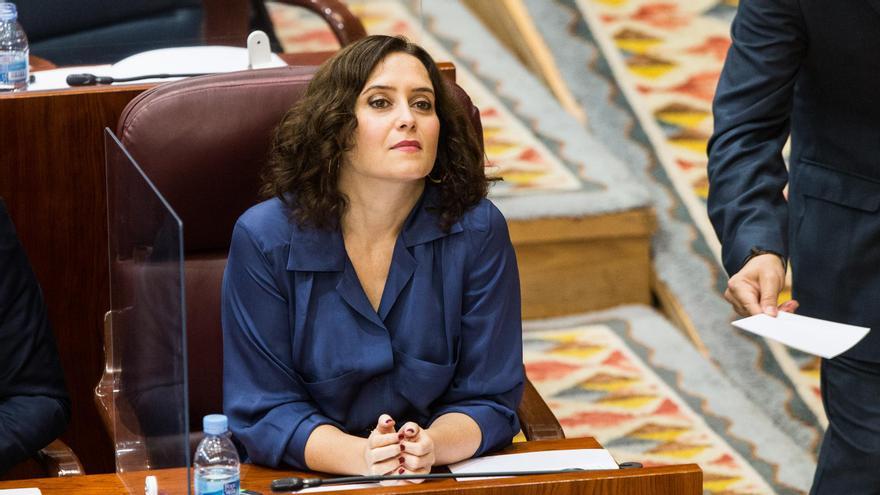 Under normal circumstances, it would not have been necessary to get here. It was not necessary to declare the state of alarm to close Palencia or León in this second wave, or before Lleida and L’Hospitalet.

None of the measures that have been taken in Madrid differ much from those that are already being applied in many other communities. If they are more lax than those that, for example, are in force in Ourense, with another Popular Party government, the one chaired by Alberto Núñez Feijóo in Galicia. They are similar to those that other large European cities have ordered with far fewer cases. And identical to those that the Ayuso government itself had already taken, but only for the poor neighborhoods of the city.

The anomaly is not there: neither in the pandemic nor in the regulation, which would not have required taking this step if not for another reason. The anomaly is the Government of Isabel Díaz Ayuso. The alarm is in your management.

The president of Madrid has addressed this pandemic thinking exclusively about her ‘story’, about how she was going to look before her voters and the like, about how to become a new ‘leader’, into the ‘anti-Sanchez’, into a new Esperanza Aguirre who agglutinate the right neocon. He has been more aware of the short-term policy of the Twitter zasca than of the management’s long lights. He has refused, with all his might, to row together to find a solution. The most important thing has never been the sick, the health workers, the trackers, the residences, the students, or the teachers. In view of his decisions, the priority for Ayuso has always been to take political advantage of this situation.

The examples are blatant and known to all. This pandemic began by refusing to close Madrid. Then he tried to convince us that the closure had been his idea, that “Madrid showed the way to the rest of Spain.” Later he insisted on opening at any cost, when his autonomy did not meet the requirements: against the criteria of his own technicians and his general director of Public Health, who resigned. And when those rush to open turned into a second huge wave, first he tried to deny reality, then he refused to react and later he put all the sticks in the wheels to avoid acting on the Ministry of Health.

If it weren’t for Ayuso, and his stubborn anti-system – not even Quim Torra has behaved like this – the Superior Court of Justice of Madrid would not have overturned the measures that are now in force again. In between, we have lost time once again. And Ayuso and his government have generated enormous confusion among citizens, on the eve of a bridge. As a final grotesque, we Madrilenians have had to see Ayuso “recommend” that we not leave the city this weekend, after having done everything possible to boycott that measure. Such a reasonable decision that, in a few months, they will try to convince us that it was their idea.

It was never a question of “fundamental rights”. The same rights have the residents of Parla or Villaverde, who were already confined with a previous order that the Madrid superior court did endorse. The difference is that, on this occasion, the Ayuso government did not endorse those measures, and presented a legal argument to the courts where it did not use the mechanisms at its disposal. It makes sense because Ayuso had already announced that he planned to appeal what his government called “impositions” before the courts. Because the Superior Court of Castilla y León has approved identical measures, but not in Madrid.

It is Ayuso who today is responsible for the stigmatization that the state of alarm supposes, for the reputational damage for the region. It would not have been necessary without his disastrous management. I just hope that we have some memory: that when Ayuso tries again to rewrite history, we remember exactly what happened.