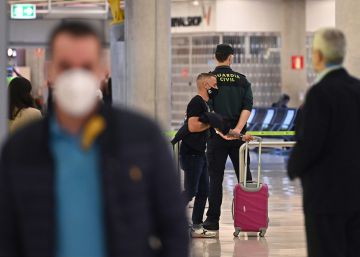 The air sector is not there to make estimates in the short or long term, and large airlines are inclined to sue the Ministry of Transport resign in 2021 the approval of the second Airport Regulation Document (DORA 2). Aena’s rate path for the period 2022-2026 must be set in it, based on its investments, traffic and expected costs. The sector will defend itself, according to different sources consulted, the extension of the first DORA.

The airlines emphasize the impossibility of offering a more or less accurate forecast on how demand will move from January 1, 2022. And they add that both tourism and business trips could maintain some containment until 2023 or 2024, depending on the success of the Covid-19 vaccines.

With a base of regulated assets valued at 10,000 million euros and a weighted average cost of capital (CMPM or WACC) of 6.98% marked in DORA 1, airlines gamble 70 million a year for every tenth that this last value moves. The collated sources fear the setting of very conservative figures for travelers, which would coexist with investments that have been announced on the rise for the expansion of airports such as Madrid-Barajas or Barcelona-El Prat.

Law 18/2014 requires that Aena Present the DORA 2 proposal no later than March 15, 2021, regulating the aforementioned five-year period 2022-2026. And September 30 is the deadline for the Airport Regulation Document to be approved by the Council of Ministers. For its elaboration, This January, firm negotiations are opened, non-binding, with the entire airline sector.

The same Law 18/2014, in its article 26, indicates the possibility of a one-year extension. It would be “under the same conditions established for the previous year [2021], except in relation to planned investments ”. The Council of Ministers sets Aena’s regulated investments during an eventual extension based on reports from the Government Delegate Commission for Economic Affairs and from the General Directorate of Economic Policy of the Ministry of Economy. The basis would be that of the investments set in the first year of DORA 2 (2022) proposed by Aena.

The public company has already maintained informal contacts with the airlines in order to reach a consensus on the expansion needs of certain network assets. But contacts were held back by the pandemic.

Until a few months ago, Aena had planned an average investment level of 1,000 million per year in the next regulated five-year period, totaling 5,000 million. A figure that more than doubles the 2,185 million contemplated in DORA 1 and that alarmed airlines in mid-2019. Already in his last public appearances, the president of Aena, Maurici Lucena, has avoided talking about figures and has limited itself to defending the need to expand Barajas and El Prat in anticipation that traffic will return and continue to grow.

The regulation to which the Aena airport network is subject affects basic services to airlines and passengers, the costs of which are recovered through public equity benefits.

Basic airport services are conditioned by a maximum annual revenue per passenger (IMAP) to which the operator can aspire. Its setting is based on the recovery of the operating cost and a remuneration of the assets that provide these services (through the cost of capital). Updating parameters are applied to the IMAP that establish the adjusted maximum annual income (IMAAJ).

The rate path that affects airlines and passengers is established based on operating and capital costs, as well as predictable demand. Other fundamental aspects are compliance with predetermined quality ratios, capacity standards or the investment program. In DORA 1 a regulated investment ceiling of 450 million annual average.

Aena bears the deviations in costs and demand, except in exceptional situations expressed in the DORA. This could be modified in the case of an annual increase in traffic in the network as a whole of 10% in any of the five-year exercises, with the reversion to the extra collection system.