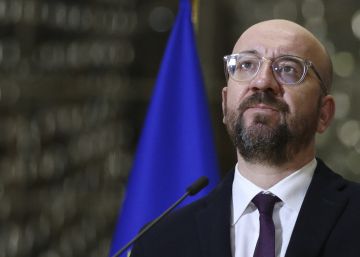 The European summit on Thursday the 26th ended without an agreement between the main European leaders and with a confrontation between the countries of the north and those of the south. The meeting, which sought to find a common framework for response to the coronavirus crisis, ended up muddled by more passionate than technical arguments, and delegating a possible pact to the Council that will meet this Tuesday the ministers of Economy and Finance of the euro zone . This time, after several days trying to get closer, there is some light on the horizon, with room for a possible activation of the ESM, the European rescue fund. The same does not happen, however, with the joint issuance of debt through those baptized as wreaths.

Making use of the ESM, with a fire capacity of around 410,000 million euros, is one of the requests of countries such as Spain, Italy, France or Portugal, as long as it is with zero or symbolic conditionality and interests. They also call for the issuance of these special eurobonds and the creation of community unemployment insurance. For the moment, the first option is the one on the table, according to the newspaper this week. The countryalthough with a much lower firepower than initially expected from the south.

The plan is to activate the rescue fund with a joint mobilization of up to 80,000 million euros, with an allocation per country linked either to the individual effects of the crisis or to the participation that each State has had in fattening the ESM since its creation in 2012. In the latter case, Spain would be responsible just under 9,500 million euros.

The Eurogroup plan is complemented by some additional lines of credit available to each State, if requested, in order to fight the effects of the pandemic. These guarantees would give each community partner the equivalent of 2% of their GDP, which in the Spanish case amounts to 24,895 million euros. It is a similar figure, for example, to the one that Italy allocated during the first week of crisis to face the pandemic.

From the outset, southern countries have claimed zero conditionality in aid, claiming that this is a “Symmetric economic and health crisis” that affects everyone equally, and that has nothing to do with the spending policies of each capital, as noted by the presidents of Spain, Italy, France, Portugal and Ireland, among others, in a joint letter recently sent to their counterparts. In Berlin, Amsterdam or Vienna, however, they are often reluctant to have these grants go free.

One of lime and the other of sand. The lines of support that the Eurogroup approves include the demands of the south in the first package. Thus, those who use the MEDE oxygen will do so, predictably, with symbolic conditions, almost non-existent, and with a certain flexibility in its use. It does not happen in the same way in the second mechanism, which must respect the Stability and Growth Pact agreed by the countries of the Union and will have apparently comfortable commissions, but not symbolic. Although the proposal represents an advance to unblock the situation, the south demanded a greater mobilization of resources only in the ESM, in addition to wreaths.

If materialized, this plan would be added to the leg presented this week by the European Commission, which has proposed the creation of Sure, a fund for pay for ERTE and aid for the self-employed in each country, with a total mobilization of 100,000 million euros. The plan of the President of the Commission, Ursula von der Leyen, has yet to receive the approval of the Eurogroup, which will also assess the possibility that the European Investment Bank (EIB) inject liquidity worth 200,000 million into the European business fabric. , from large organizations to SMEs. France has also put forward the proposal for a 10-year temporary fund that would be financed through a national solidarity tax or the direct contribution of States.

The Commission gave the green light this Friday to the package of measures approved by the Spanish Government to give liquidity to self-employed, SMEs and large companies through direct subsidies, loans and payment facilities. The mechanism, which falls within the Temporary Framework on State aid that the community authorities adopted on March 19, establishes that each company You can receive up to 800,000 euros in aid. The objective, explains Brussels in a statement, is to support companies facing difficulties due to the loss of income and liquidity derived from the economic impact of the Covid-19 pandemic.

The Commission stresses that the amount of the loans per company and their duration are limited and that the premiums of the guarantee fees and interest rates do not exceed the established levels, so the measure “is proportionate, necessary and adequate”.

Garamendi asks to convey confidence to investors to come to Spain