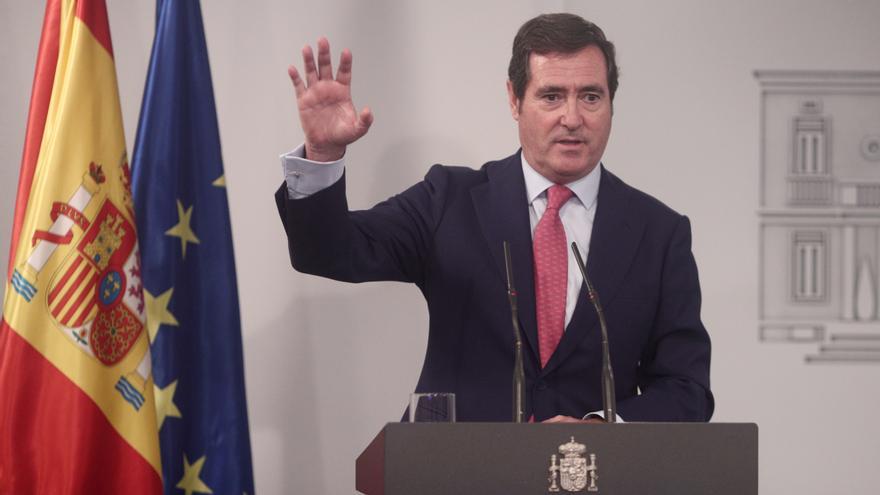 The meeting to extend the ERTE this Thursday ends without agreement. Employers are stretching the negotiation with a fundamental objective: to lower the demand to maintain employment after the ERTE. The Government requires companies that benefit from contribution aid, paid for with public funds, to maintain employment for six months after filing. This clause was already limited in the past, but the bosses want it to be even more so. Specifically, CEOE and Cepyme ask that the consequence of not complying with this guarantee be “lowered”, since Labor requires companies to return all contribution aid received in the ERTEregardless of the number of workers laid off in these six months.

There were some hopes that the Government and social agents could close an agreement on the continuity of the ERTE this Thursday, since in general all parties agree to extend the current model until May 31, after Easter and when vaccination is expected to be quite advanced. The ERTEs for the pandemic expire on January 31, so the Minister of Labor, Yolanda Díaz, had called on the social agents to try to reach an agreement before this Friday to give certainty to companies and workers as soon as possible .

But, finally the meeting this afternoon has ended without agreement, due to the misgivings of the employers with the aforementioned guarantee of employment. At the moment there is no other new meeting scheduled on this topic.

The Executive has presented a new proposal in which, in general, the current ERTE model is extended until the end of May, with the same unemployment protection for affected workers and the exemptions for companies are maintained following the model agreed in September. This model presents very broad exemptions (savings in the payment of the Social Security contribution), of up to 100% in some cases.

The Government has slightly varied the sectors considered most affected by the pandemic, which benefit from direct aid to the listing in the event of ERTE, with the inclusion of sectors such as “physical maintenance activities” and the exclusion of others such as ” manufacture of rugs and carpets “.

Social dialogue sources explain that employers have shown their support for the government’s proposed ERTE scheme, in the absence of an in-depth review of the text, but they insist on the need to further lower the job maintenance clause. “They say that, if not, the proposal will not pass the consultation of its governing bodies,” these sources explain. In other words, the extension would come out without the approval of the employers.

The employers thus repeat their strategy of rushing deadlines in the negotiation with the Government to try some improvements, as happened in the last extension of the ERTE, with the adherence of employers to the agreement ‘in extremis’. The employers started slight increases in the exemptions to Social Security. On this occasion, CEOE and Cepyme focus their efforts on reducing the consequences for breaching the employment safeguard clause, by which Work demands that the companies pay all the Social Security contributions that were saved in the ERTEregardless of the number of employees they lay off.

The Minister of Labor defended this week that the clause for maintaining employment would be maintained, like the rest of the ERTE model. Yolanda Díaz recalled that the safeguarding of employment works as a counterpart to companies for receiving public aid in the ERTE (by saving part of the Social Security contribution) and argued that there were no reasons to lower the clause if public support for entrepreneurs keep going.

In reality, this consequence of not complying with the safeguard does not appear as such in the decrees that regulate the ERTE, but rather it is the interpretation of Labor and Social Security of the clause of guarantee of employment. Employers claim that the consequence of not complying with the safeguard is cheaper: that companies only have to pay the contributions of workers in ERTE whom they do not keep hired in that six-month period.

For the moment, the Government is reluctant to modify this criterion, which they consider a brake on the destruction of employment, and less to translate it into the decree to extend the ERTE, explain sources of social dialogue, but employers are tightening the rope with the threat of not supporting this new extension of the ERTE.

A year of the coalition government has passed and the unions announce their first mobilizations to demand that it fulfill its commitments in labor policy. In a mandate marked by the outbreak of the coronavirus, the majority trade union centrals had waited for the Executive to recover its agenda on issues such as the dismantling of the labor reform after the emergencies of the pandemic. But its delay, and the messages from the Executive that seem to delay some of its commitments, have led the CCOO and UGT to prepare protests for February with the aim of pressuring the Government of PSOE and United We Can to “comply with the commitments of the agenda of socio-labor reforms “.

The leaderships of the two unions have agreed to organize mobilizations this winter, which both organizations will carry out in a meeting on January 19, as announced in a joint statement this Thursday. Among their most immediate claims, CCOO and UGT urge the Government to raise the minimum interprofessional wage (SMI). This week the leader of the CCOO, Unai Sordo, was forceful in returning the “ball” of the SMI to the Executive, which has not raised it at the beginning of the year and has called on the social agents to reach an agreement on the matter. “There will be no agreement with the employers,” Sordo warned. Like the UGT, in CCOO they argue that employers will not negotiate any increase in the lowest wages after part of the Government defended the freezing of the SMI.

In addition, the unions express their outright rejection of the pension reform being prepared by Minister José Luis Escrivá to include the extension of the quoted period to calculate the pension up to 35 years. Social Security has not transferred this proposal to the social agents at the dialogue table on pension reform, but it is on the Executive table as one of the possible reforms to present to Brussels in the coming weeks.

Finally, CCOO and UGT call on the Government to repeal “the labor reforms”, in reference to those of 2010 and 2012, of the last Zapatero Government and the Rajoy Executive, respectively. The coalition government has pledged to repeal the PP reform in several phases, but for the moment it has not fulfilled its promise to start dismantling in 2020. 2021 begins and the unions urge the Ministry of Labor to resume negotiations at the In this regard, several more urgent elements stand out: ultra-activity, the enforcement priority of company agreements, regulation of subcontractors, and the reform of collective dismissal. “They have to be a fact now”, demand the trade union centrals, especially “in the latter case urgently because it is necessary to cause them to prevent further job destruction in the coming months.”