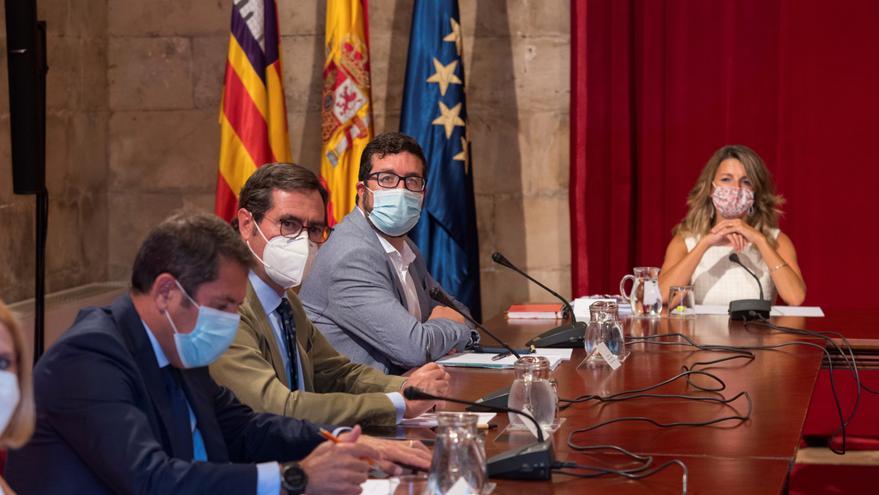 The agreement on the extension of the ERTE is complicated. The Government has not managed to close a pact or pre-agreement with the employers this Monday, as it intended, after the unions already support the Executive’s proposal to extend the ERTE until January 31. Social Security has further improved the aid to companies that take advantage of ERTE for regrowth this Monday, after extending them already the weekend, but CEOE and Cepyme have risen from the social dialogue table tonight without giving the approval to the document and leaving the agreement in the hands of an internal vote within the bosses, explain sources of social dialogue to elDiario.es.

After the last proposal, “it is not possible to speak in agreement, the Executive Committee will take place tomorrow morning first thing in the morning,” employer sources inform this meido.

Negotiations have lasted from morning until just under nine o’clock this Monday, rushing the deadline to try to reach an agreement. The Government has to approve the extension in the Council of Ministers this Tuesday because the current conditions of the temporary employment regulation files expire on Wednesday, September 30.

Thus, the idea of ​​the Executive is that the extension of the ERTE leaves the Council of Ministers yes or yes this Tuesday, so the doubt at this time consists of whether it will do so supported by the employers and unions as has happened so far or if the Executive will finally approve the measure only with the support of the unions. It is also necessary to see what the Government will do if the employers finally disengage from the agreement, since Social Security has improved aid to companies with several drafts to convince CEOE and Cepyme, so if the employers disengage from the pact, it will be necessary to see if these improvements also decline.

The last pitfalls to the deal

This is the third extension of the ERTE approved by the Executive, after which it kept the files until the end of June and the one that agreed to be valid until this September 30. Each of them has been more complex, especially due to the reluctance of employers, and the latter even more so because for the first time the Government has applied a sectoral approach in the extension, which has meant differentiating public support for ERTEs, concentrating aid on the companies most affected by the pandemic to the detriment of others. In addition, employers have resuscitated with force – as in each extension of the ERTE – their opposition to the limitation of dismissal, either by the veto of mandatory dismissal or by the clause of maintaining employment for six months after ERTE.

To counteract the extension differentiated by sectors, the Government maintains the so-called “ERTE by regrowth” until January 31 so that companies in any sector can take advantage of them if they are affected by restrictive measures to deal with the virus that prevent or limit their activity. Social Security has improved over the weekend and again this Monday, the Social Security exemptions paid by companies in these general ERTEs, with the intention of combating the reluctance to the sectorialization of the employers.

Entrepreneurs prefer less generous quota exemptions in sectors very affected by the pandemic, such as tourism, and that these reach more activities, such as hospitality and commerce in a generalized way, according to sources of social dialogue to this medium. The Government, for its part, defends the need at this time to concentrate aid on the companies most directly affected by COVID-19 which, despite its viability, still have many months with limits in their activity.