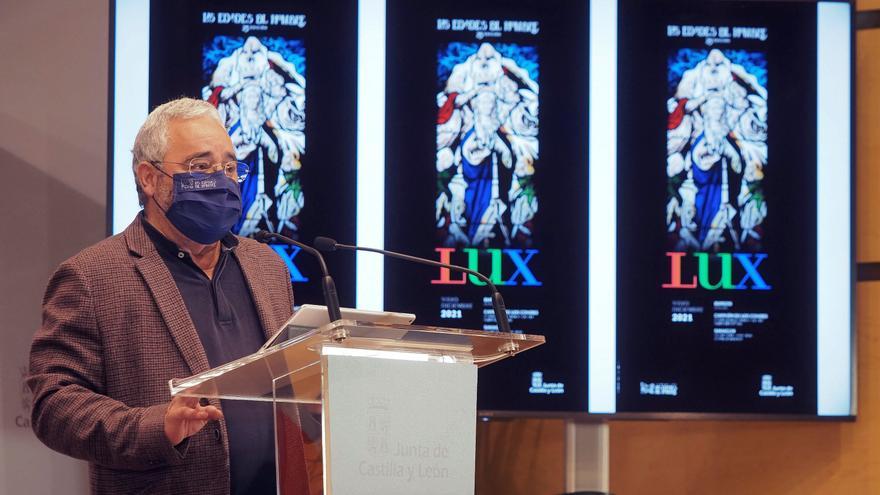 Valladolid, Jun 13 (EFE) .- A Gothic-Flemish stained glass window, dated in the 16th century and representing the Coronation of the Virgin, is the poster that for months has been proclaiming LUX, the new exhibition of The Ages of Man (from the June 29), also nuncio of hope and the desired normality in this time of pandemic.

“Since we introduced LUX, the most repeated word has been ‘hope’ and that encouraged us a lot to work with the desire to give a boost to normality. Through beauty we are going to celebrate the return to it after a situation that It has been very hard for everyone, “Gonzalo Jiménez, General Secretary of Las Adades del Hombre, explained to Efe this Sunday.

Three letters symbolize the luminosity of a new time like the one that opened, more than a thousand years ago, with the beginning of the pilgrimages to the tomb of the Apostle Santiago, an echo that will also reflect LUX from the three venues that will weave this new story: Burgos, Carrión de los Condes (Palencia) and Sahagún (León).

There are three Jacobean landmarks in the three provinces of Castilla y León that the historic French Way to Compostela crosses, and which will house the 220 pieces selected in five temples: Burgos Cathedral; the churches of Santiago and Santa María, in Carrión de los Condes; and that of San Tirso and the sanctuary of the Pilgrim, in Sahagún.

More spaces and fewer pieces “have allowed us to space their distribution to facilitate the itineraries of the visits (group of ten at most) in the appropriate conditions of health security, regardless of the risk scenario that Castilla y León presents” June opens its doors LUX, and during the months until its closure, in principle “well into December”, he specified.

An apostolate of contemporary invoice, commissioned to the artist Juan Bordes, will receive the visitor in the upper cloister of Burgos Cathedral, the first of them King Felipe VI when he opens this twenty-fifth exhibition of The Ages of Man in thirty-three years ( 1988-2021).

“But very close will be a Romanesque apostle from the Cathedral of Valencia as a counterpoint” to the diversity of periods, styles and artistic manifestations around the same truth, and all this in the Cathedral of Burgos that this year celebrates the eighth centenary of the laying of its first stone, on July 20, 1221, has pointed out the secretary general.

This confrontation of styles also has an expression, although less, in the motto and titles in Latin of the chapters of this new exhibition that takes over from “Angeli”, the one held in Lerma (Burgos) during 2019, before the irruption of the pandemic in 2020, a year in which no edition was scheduled until the current one.

“I always liked Latin in the great titles, in the chapters. When we deal with issues of religious and patrimonial art, it doesn’t hurt to use the terms that once generated it,” Gonzalo Jiménez (Peñaranda de Bracamonte , Salamanca, 1951) throughout an interview.

After almost a decade at the rate of an annual exhibition, the Junta de Castilla y León, the main sponsor of this cultural and religious project of the Catholic Church, opted for biennial deliveries in various places, a model that already had precedents in previous editions.

“On the one hand it has been providential because in a pandemic year we would have had many problems, we could not even have mounted one. It has been a kind of liberation that has served us very well,” he observed.

In his case, after ten years as general secretary of Las Adades del Hombre and nine exhibitions behind him, he believes that the time may have come for a change in management.

“I have been around for many years and all projects need a renewal of people who contribute other ideas. I am in favor of it even though things have worked,” he analyzed.

On the horizon, after LUX, a new exhibition will be located during 2022 in the Cathedral of Plasencia (Cáceres), in this case sponsored entirely by the Government of Extremadura, which will give way in 2023 to the next one again under the auspices of the Castilla and leon meeting.

“It will be closer or further but outside of Castilla y León”, he has assured without confirming the chosen place, although he has mentioned Miami (United States) as one of the probabilities, another old project cherished by Las Adades del Hombre like that of Plasencia .