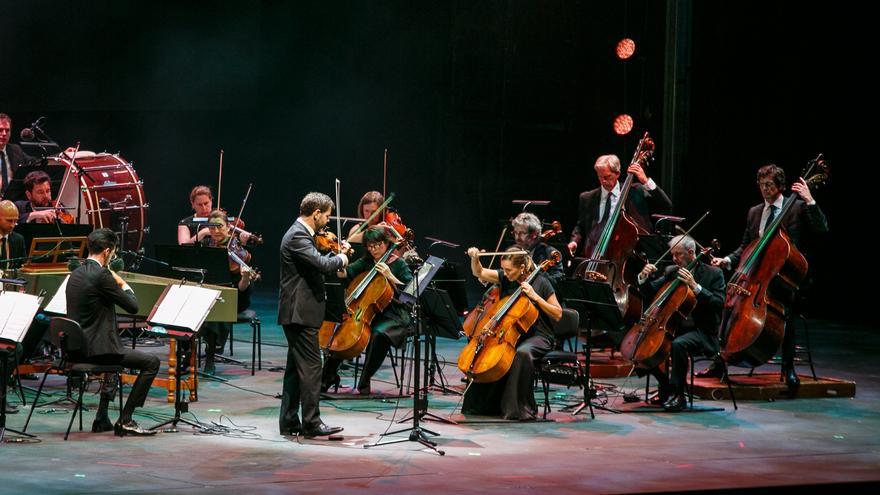 The Sydney Symphony Orchestra last week performed one of the great classics in music history: The four Seasons by Vivaldi. However, the notes, which in the original scores of the Italian composer evoke elements of nature such as “the song of birds”, “the murmur of leaves and plants” or the sound of “flies and wasps” – such and as is made explicit under the pentagram – they had changed. What the Australian city orchestra played was a new version of the work, updated almost three centuries later and adapted to the future panorama of a planet that is heating up at breakneck speed.

The four seasons (uncertain) is the title that a team of Australian creatives and musicians have chosen to reimagine the classic in the worst-case scenario proposed by the UN, the RCP 8.5 scenario described by the Intergovernmental Panel on Climate Change (IPCC), the which assumes that there will be no significant global effort to curb the emission of greenhouse gases.

The idea of ​​this project, which started in 2019, is to convey “the human impact” of climate change, reflecting how we will perceive the seasons of the year on a planet that, if the most pessimistic forecasts are fulfilled, will have become practically inhospitable.

“The science is there and we all know the data, but scientists often fail to communicate what these changes mean for humans,” explains Tim Devine, the creative director of AKQA, the agency that has come up with the project together with Jung von Matt, a team of data analysts, and composer Hugh Crosthwaite.

The four seasons (uncertain) It has up to 892 versions adapted to each of the great orchestras in the world. “Not all of them have been made by hand”, clarifies Devine from Melbourne. To achieve this, they have designed an algorithm that has applied modifications to each of the cities analyzed.

The reason is that the effects of the climate crisis will not be the same in one city and another. For example, coastal flooding due to rising sea levels will have different strength in Sydney than in Shanghai, the most vulnerable city in the world faced with this phenomenon, argues Devine.

However, some variations, like the one in Sydney, were done manually. The process began by decoding Vivaldi’s original scores, which date back to 1725. They then used the same language to create the 2050 version based on the predictions of the UN group of scientists (the Intergovernmental Panel on Climate Change).

Lastly, they used geospatial data to scale adaptation to other cities. In this way, in every place on the planet it will be possible to hear what spring, summer, autumn and winter will sound like there in 2050 if global warming is not contained in time.

Depending on the local version, the “birds” will be replaced by silence, the storms will sound louder or the rivers will have stopped flowing. “Usually the summer will be much more unbearable, the heat much more uncomfortable, and that is reflected in the melody,” says Devine.

Version of The four seasons (uncertain) from Shanghai, where it is expected that until 17.5 million people are displaced Due to coastal floods, if in 2100 the global temperature increase reaches 3 ºC –compared with pre-industrial levels–, it is the most dramatic. “The choices for that score were the most extreme: there is no music.”

Although the first to interpret the work were the Sydney musicians, who made their online debut in the framework of SYDFEST 2021, the creators of The four seasons (uncertain) They already anticipate that it will be performed by at least 12 more orchestras around the world. “At the moment we are talking with musicians from Texas, from other cities in Australia and from different countries in Europe, such as Holland or Italy,” Devine says.

The scores for each variation can be downloaded for free from the project’s website because, Devine says, it is a non-profit initiative.

In the same score they make their message clear, with which they invite musicians from every corner of the planet to interpret their local version of The four seasons (uncertain) “to put pressure on world leaders to act decisively at the next climate summit, COP26.”