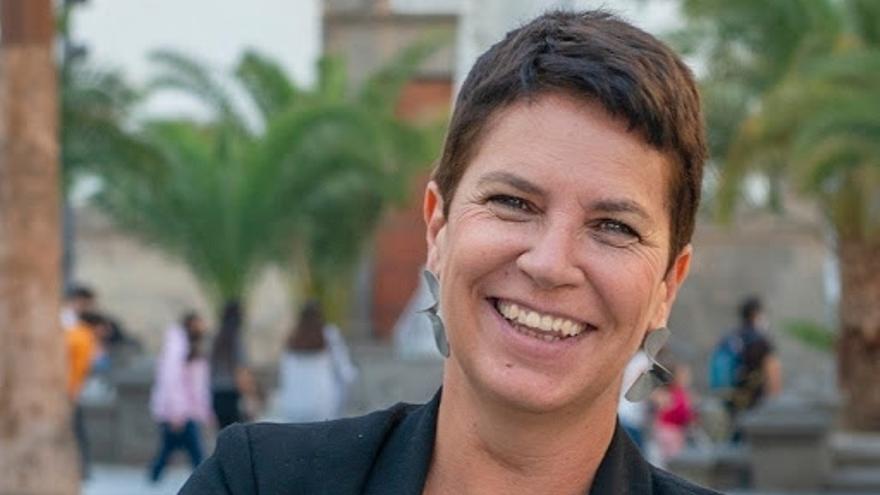 The activist and journalist Begoña Vera Guanche will be the protagonist on March 18, at 7:00 p.m., of the cycle ‘More than muses. Women in culture in the Canary Islands’ that takes place in the León y Castillo House-Museum of Telde. Vera, who is currently a trainer in the Daniela Oblatas Care Program, has a history of more than 30 years in the Feminist movement, which has been complemented with studies on new masculinities, the treatment of sexist violence in the media and especially with relentless activism against prostitution.

This cycle of the museum center dependent on the Council of Culture of the Cabildo de Gran Canaria is made up of a series of meetings between a journalist and some of the protagonists of the cultural history of the Canary Islands throughout the 20th century and in the first decades of the century. XXI.

The objective of these meetings, with free admission until full and with prior registration, is to highlight the role played by women in different areas. On this occasion, the meeting with Begoña Vera will be moderated by the journalist Luisa del Rosario and is part of the wide program of events ‘Marzo-Mujer’ that the Ministry of Culture has promoted throughout the month in 11 of its centers.

The journalist and a graduate in Philosophy from the University of La Laguna admits that when they announced this recognition, she felt “ashamed”, because at 45 she does not believe that she has done something remarkable yet.

Vera acknowledges that she has always been a feminist, “because from a young age she began to question things that did not fit her. The first time I realized it was planting potatoes with the family when I was 10 years old. My brother, four years younger, was given a small hoe because the men used it, while the women managed the potatoes. I took it off to make a whole groove and show everyone that I could do it ”.

“Feminism opens your eyes, puts the purple glasses on you and makes you look at the world, but when you make this decision the road is not easy, it is very hard. You start to see contradictions in yourself and in your learning, it is a very hard fight against you and I understand that there are women who do not want to do it. I understand that many people prefer the comfort of that false sense of equality and privilege in the face of reality that is too harsh. You have to leave things and people along the way ”, he admits.

She confesses that she is concerned about the patriarchal reactions to the different feminist waves. “We knew that the reaction was going to be tremendous, and we have already seen it on March 8. We expected the aggressions and attacks, and we know that they will increase because the change in awareness is so unstoppable that more and more women realize that false sense of equality, that it is something structural and that it is not so easy as we believed ”, he explains.

“When the welfare state does not cover the needs and your economic possibilities either, you see who cares again. It is difficult, but it is also good for those women who felt that false sense of privilege and equality to realize. It is time for women to start looking not so much at what divides us, but at that least common divisor that unites us ”, she adds.

To women who believe that equality already exists, he proposes that they go with her to listen to the stories of prostitution or that they see that “their supposed privileges are based on the lack of the rights of others,” he points out. “Until all women in the world have the same rights, this does not end, and the feminist agenda is very clear, it wants the abolition of exploitation of all women. Until this happens, we are not going to rest ”, he assures.

For this reason, remember that there are still women who cannot vote, who cannot have an abortion, who cannot decide about their lives or drive a car. “Next to their houses there are women who are being raped, paid for being raped in prostitution, ”he says. And at the same time it warns “that all the rights that we obtain can be lost immediately. We must continue fighting because there are 52 deputies saying that we do not suffer violence because we are a woman, that there is no such thing as sexist violence, who are deniers ”.

She comes from a poor and unstructured family, although very hard-working and with exclusion problems. She acknowledges that the books saved her. “I was very curious and that is why I studied Philosophy and Journalism, the two careers in which you could ask questions, are the careers of questions,” he adds.

At the age of 15, he entered the School Council of his institute and launched actions and demonstrations demanding spaces for equality. Also at that time she began to read poets and teachers recommended feminist texts to her. Vera recognizes that she has been very lucky and that she has won the lottery many times in her life because of the people she has met and who have given her answers with arguments, reasons and data to the needs she had to explain the world.

Regarding the advances that have been made in the feminist movement, she acknowledges that seeing the great human tide in the demonstration of November 7, 2015 in Madrid and the protest against Alberto Ruiz-Gallardón’s abortion law caused her to cry. “We began to breathe and say: it has served, it serves for something,” he says. He also acknowledges that he lived with great emotion the demonstrations of the so-called ‘Me too’, against sexual assaults or those of 8M.

Regarding the voters of far-right parties, he understands that they are men who fit the changing world very badly, who do not fit the change of model, and at the same time there are women who do not want to lose their false privileges either. “They have been told that this world is like that and it is very difficult to understand that your life, what you have said or what you have done, is not like that. It’s fucking assuming that ”he points out.

Begoña Vera was born in Tacoronte, (Tenerife, 1975). She has a degree in Philosophy from the University of La Laguna and also studied Information Sciences, although she did not finish her degree. In addition, she is an expert in film and TV direction and production from the University of Las Palmas de Gran Canaria and has been training and researching sexist violence for 25 years, combining it with political communication work in institutions and the media.

For 15 years he has been researching and raising awareness about new masculine, the treatment of sexist violence in the media and especially in the prostitution system. In addition, for three years she has been responsible for raising awareness, training and political advocacy for the Daniela Oblatas Program, she belongs to Vivas, the Canarian Association of Women in Communication, and also has a feminist radio station on Cadena Ser Las Palmas.