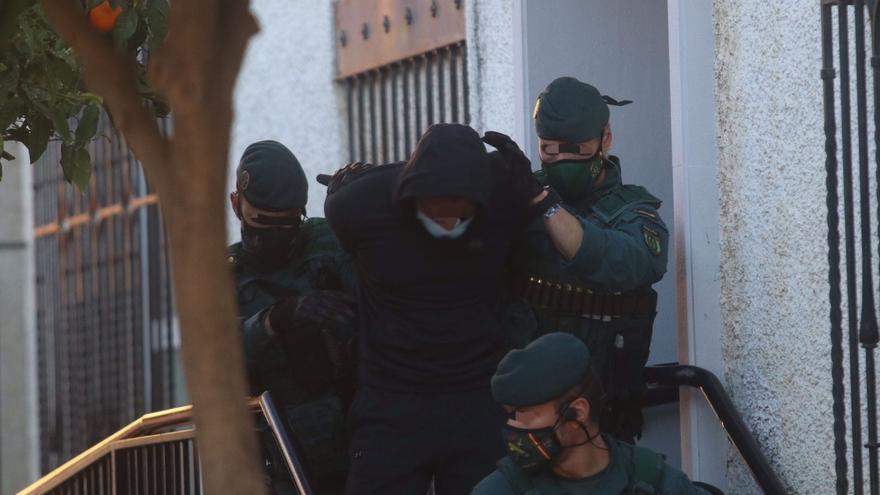 The Criminal Court number 13 of Malaga has sentenced the young man known as ‘El melillero’ –the main suspect of spraying acid on his ex-girlfriend and a friend in Cártama (Málaga) last January– to seven months in prison– ; for a crime of mistreating another former partner who he allegedly hit and dragged in a nightclub in 2016.

This is stated in the sentence handed down by said court, which also imposes the prohibition of approaching the victim within 500 meters of his home or any place where he is for two years and the deprivation of the right to bear arms for the same period of time.

Likewise, in the resolution, which is not firm and can be appealed to the Malaga Court, he is acquitted of the crimes of threats and the minor crime of humiliation, as it is considered that it is not proven by the evidence taken in the trial that days later of that aggression he threatened and insulted her through social networks and by phone.

The events took place in August 2016. According to what is proven in the sentence, the defendant and the victim, with whom he has a son, met in a discotheque in Marbella (Malaga) and an argument took place between them, in which the defendant “attacked her by punching her.”

Thus, he threw her to the ground, “grabbed her by the hair and dragged her down the steps of said disco.” The woman managed to escape but the defendant, specifies the resolution, caught up with her again and threw her on the hood of a car, where he punched her in the body. ”

The woman went to a health center where she was treated for the bruises that she presented, estimating a healing time of seven days. On the contrary, the judge does not consider it proven that days later, the defendant communicated with her or that in the face of her refusal to let him see the child, he insulted her and threatened both by phone and later on social networks.