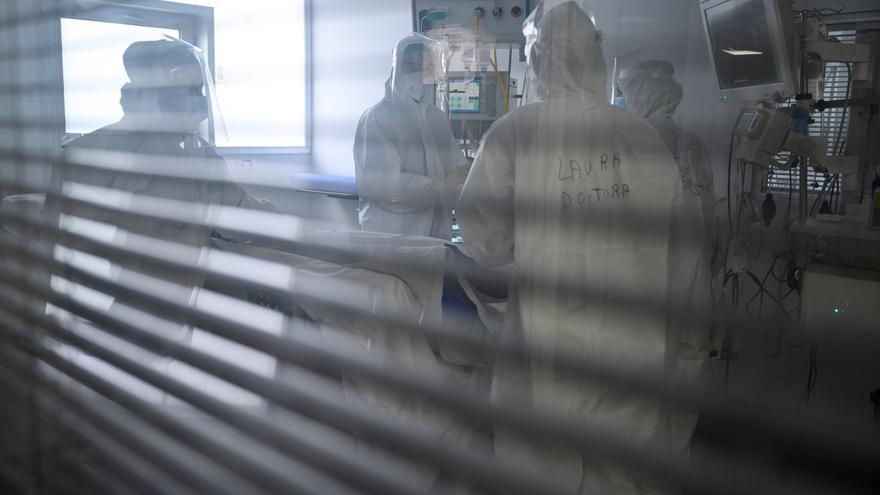 The data provided by Health this Tuesday reflect a total of 4,962 infections since yesterday, while a week ago the data was 4,013 positives. Since the beginning of the pandemic, a year ago, a total of 3,200,024 people have been diagnosed through COVID tests.

In the breakdown by autonomous communities, Madrid is one more day the one with the most new infections, with 1,335 cases; followed by Catalonia, with 1,003; and, well behind, Andalusia, with 451, and Euskadi, with 400.

On the other hand, the report of the Ministry of Health adds 141 deaths to the total balance, which already amounts to 72,565. 291 deaths were reported last Tuesday.

The accumulated incidence at 14 days, which has not stopped decreasing at the national level since January 28, and which yesterday reflected a figure of 128.97 cases per 100,000 inhabitants, stands today at 127.80 cases. Spain continues, in this way, within the threshold of “medium risk” determined by Health, and still far from the objective of the authorities.

The rate of vaccination has fallen this Tuesday, in which 97,323 inoculations have been reported in the last 24 hours, after the Government suspended yesterday the vaccination with the doses against COVID-19 from Oxford-AstraZeneca while investigating if it exists relationship between serum and thrombi detected. The figure contrasts with the 292,128 injections reported yesterday. At the current rate, it would take a year and four months to vaccinate 70% of the population with the double dose.

The communities have so far added 1,693,674 people immunized with the double standard required against the coronavirus. In total, 5,742,218 doses have been administered since the start of the vaccination plan in December, according to the report published by Health, which represents 84.8% of those available so far.

By communities, Asturias, Castilla y León and La Rioja have already administered at least one dose to 10% of the population. Asturias continues to lead as it is where the highest percentage of the population has received the double dose so far (5.73%), followed by Castilla y León (5.20%) and Extremadura (5.07%). Meanwhile, on the opposite side of the table, are the Balearic Islands (2.59%), Melilla (2.81%), Canarias (2.94%) and Madrid (2.95%), the only territories that do not reach at 3%.

Of the vaccines administered so far, 4,511,623 correspond to the one marketed by Pfizer-BioNtech, the first brand that was authorized in Spain, 254,934 are from Moderna and 975,661 from AstraZeneca-Oxford.

On the same day that these data are published, the European Medicines Agency (EMA) is carrying out a scientific evaluation with health experts to determine if there is any type of link between detected thrombi and the Oxford and AstraZeneca vaccine. The report will be debated and published this Thursday, but “serious concerns” that exist in the EU, translated in that several countries have suspended vaccinations of the Oxford drug, have led the director of the EMA, Emer Cooke, to appear this Tuesday at a telematic press conference to insist on something previously disseminated in several statements: so far, according to available data, there are no links between thrombi and the AstraZenca vaccine, although the final evaluation will be known this Thursday.